“January 2019 was the third-warmest January in the history of global weather record-keeping, according to the National Oceanic and Atmospheric Administration. The only warmer global Januarys in the instrumental record, which dates back to the 1880s, were 2016 and 2017, and there’s evidence that the planet hasn’t been this warm in a very long time. The last time January global temperatures were below average was in 1976 — before millennials were even a thing.

“So here’s the strange truth: Last month may have felt cold where you live, but your senses were deceiving you. We’ve forgotten what “normal” weather feels like, so global warming is gaslighting us.

“Only a few specks of land were even slightly cooler than average: far northern Canada, parts of northern Finland, a bit of central India, and a small corner of western China. Even the eastern United States, which was hit with blizzards and cooler temperatures when the polar vortex roared at full force for days, officially ended the month “near average.” It was one of the coolest spots on the planet and its January was only 1.8 degrees F cooler than normal.

“In contrast, some parts of the planet were simply blazing with heat…” 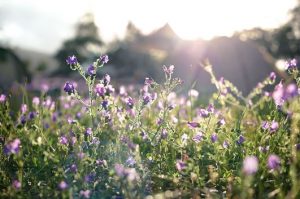 “Almost a year ago, Britain was gripped by the Beast from the East – with Arctic scenes and major snowfall, leaving areas cut off for up to a week and huge drifts which almost buried houses.

“But a flow of warm air originating from north Africa is likely to send temperatures for this February close to the all-time record. Across many parts of the UK, spring flowers are already in bloom, while trees are beginning to bud.”

“A Virgin Atlantic flight from Los Angeles to London broke an unlikely milestone (and nearly the sound barrier) when it reached a screaming ground speed of 801 mph while traversing the skies some 35,000 feet above central Pennsylvania.

“No, this wasn’t the rebirth of the Concorde or the dawn of a new era of supersonic jets: The aircraft merely flew into a furious jet stream that propelled its flight way faster than usual on Monday night.” 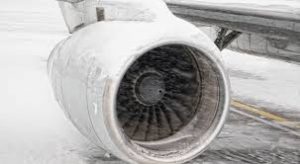 “A massive winter storm with more than 200 million people in its path is bearing down on the East Coast. Heavy flooding rains falling on much of the Deep South on Tuesday night are expected to change over to ice and snow as the system hits the mid-Atlantic and Northeast on Wednesday.

“The storm is expected to affect parts of 39 states, and roughly 60 percent of the country’s population is in its path.” 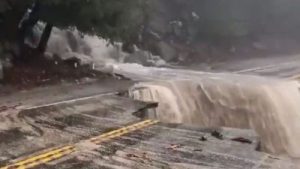 “Imagine if half the water in Lake Tahoe was dumped on California. That’s sort of what happened in February. A string of back-t0-back storms have slammed California since the start of February, recharging reservoirs, flooding rivers, triggering mudslides and crippling mountain traffic.

“The National Weather Service has put a number on the heavy rain and snowfall, reporting that an estimated 18 trillion gallons of precipitation fell on California between Feb. 1 and Feb. 17.” 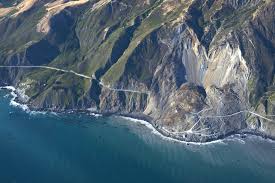 “A landslide that dumped about 6 million cubic yards of rock and debris across California Highway 1 near near Big Sur, California, in May 2017 was the result of drought followed by deluge, a team of scientists say.

“The Mud Creek landslide began as a “stable landslide,” or a landslide that slowly creeps over decades, even over the course of a century. On May 20, 2017, the stable landslide transformed into a “catastrophic collapse…”” 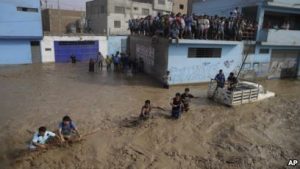 “According to the National Institute of Civil Defense (Indeci), at least 39 people have died, 14 were injured and more than 8,000 people have been affected by the latest floods and landslides across the country. The Government of Peru has declared a state of emergency in the most affected regions.”

“Emergency officials are urging residents to prepare as a tropical storm, located about 855 miles southeast of Guam Wednesday evening, is expected to reach typhoon strength before passing south of Guam Saturday. Forecasters predict Tropical Storm Wutip will become a typhoon by Thursday, according to the National Weather Service Guam office. “ 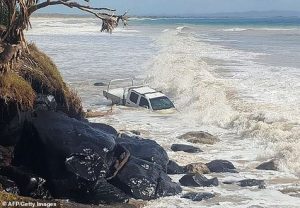 “Cyclone Oma has weakened in intensity but continues to move towards the southeast coast of Queensland and will bring with it gale force winds and heavy rainfall.

“Authorities are warning people not to panic but to prepare themselves and their property for a weekend of wild weather.” 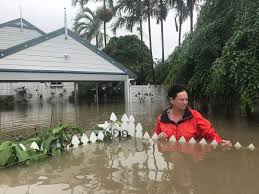 “Houses in flood-hit Townsville and other parts of north Queensland are “on track to become uninsurable”, according to analysis that shows the risk to homes from flooding will more than double under climate change.

“The modelling, based on current global emissions trajectories, says flooding in Townsville is already about 20% more to likely to occur than previously thought.”

“NIWA glaciologists are not holding their breath, hoping they will see healthy, resurgent glaciers, as they prepare to conduct their annual survey of the southern region’s glaciers.

“Another hot summer has them worried about what they might find. Following New Zealand’s hottest summer on record last year, the South Island’s glaciers looked ”sad and dirty”.” 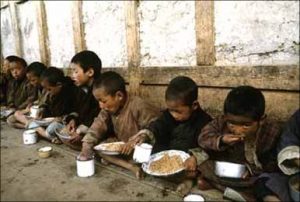 “The spectre of a deadly famine similar to the 1994 to 1998 disaster where over 3 million North Koreans died from starvation has come back with the revelation North Korea is fast running out of food and has slashed food rations for its citizens.

“This startling admission by a usually secretive nation was made by Kim Song, North Korea’s ambassador to the United Nations… He blamed this situation on a combination of natural disasters and the sanctions imposed by the United States and the international community…” 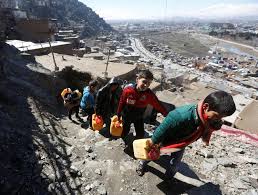 “Afghanistan’s capital is running dry – its groundwater levels depleted by an expanding population and the long-term impacts of climate change.

“But its teeming informal settlements continue to grow as decades-long conflict and – more recently – drought drive people like Rahimi into the cities, straining already scarce water supplies. With large numbers migrating to Kabul, the city’s resources are overstretched…”

“Antarctic researchers watched as a segment of the Sorsdal Glacier ice shelf broke off into the Southern Ocean this month, in what scientists have said is a rare sighting.” 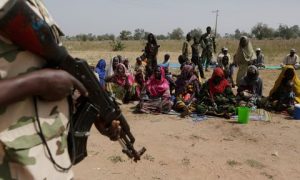 ““Climate change is not about something in the far and distant future. We are discussing imminent threats to national security,” said Monika Sie Dhian Ho, general director of the Clingendael Institute, a Dutch think tank.”