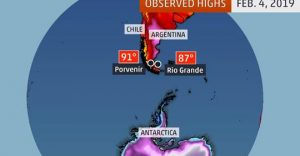 “Monday, temperatures near the southern tip of South America reached the upper 80s and lower 90s, the hottest it has ever been so far south on Earth.

“Rio de Janeiro, Brazil’s second-largest city, awoke to scenes of chaos on Thursday after thrashing wind and rain whipped through neighborhoods, felling trees, flooding streets and sweeping away buses in a storm that killed at least six people…

“The storm came just days after Rio experienced its hottest January in 97 years, with temperatures rising as high as 42 degrees Celsius (107.6 degrees Fahrenheit).” 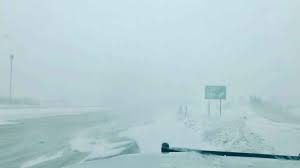 “A potent storm slammed the central United States on Thursday, bringing a ferocious mix of wild weather from blizzard conditions to flash floods.

“Schools, universities and businesses were closed Thursday in several states as travel proved difficult if not impossible. More than 130,000 customers were without power in Michigan due to the storm… At least five people have been killed.” 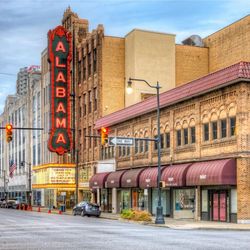 “Some communities in west Alabama could touch 80 degrees as our spring preview continues. The day should be dry with a mix of sun and clouds; severe storms are possible north and west of our state ahead of a sharp cold front.”

“Oahu’s North Shore [Hawaii] could see wave heights to a staggering 60 feet Sunday amid a monster swell that forecasters warn could trigger “unprecedented” coastal flooding, the National Weather Service said. A high surf warning has been issued for north- and west-facing shores of Oahu through Sunday night. The swell is being caused by a powerful low pressure system moving toward the islands.” 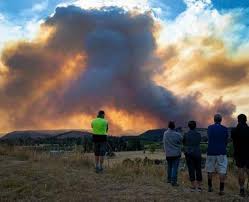 “…and despite a humidity increase there’s little sign of rain on the tinder-dry hills in the coming weeks, Niwa says.”

“Huge chunks of ice have broken off the Tasman Glacier, New Zealand’s largest.

“They have filled up at least a quarter of the meltwater lake at the foot of the glacier in the Aoraki/Mount Cook National Park, reports say. The lake started to form in the 1970s as the glacier rapidly retreated – a phenomenon thought to have been largely caused by global warming.” 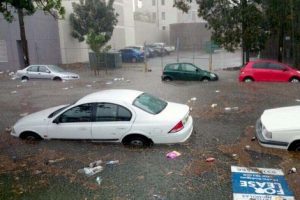 “Severe thunderstorms have brought lightning and heavy rainfall to Sydney, with almost 50 millimetres falling in some suburbs during a 30-minute deluge…

“Bureau of Meteorology senior forecaster Jake Phillips said heavy rainfall over 35mm in half an hour was usually seen once or twice each Sydney summer.”

“Drought conditions in across NSW have re-intensified, despite summer storms bringing some relief along the east coast. In its latest seasonal update, the Department of Primary Industries on Friday said 99.8 per cent of the state is still experiencing drought conditions. Some areas recorded the lowest January rainfall totals in 100 years, while for many it was the driest in two decades.”

“The north-west Queensland floods caused by the same monsoonal rain that put Townsville underwater, have killed up to 300,000 cattle and costs drought-ravaged farmers $300 million.

“It has emerged the promised military fodder drop has been delayed by a communication breakdown between various levels of government and there is a shortage of aviation fuel in flooded farm areas.”

“The calendar finally ticked over into February last week, officially ending the hottest January Australia has ever seen. This is a sobering fact,given that this is a country as used to heat as Ireland is to rain. But the heat is still agonisingly pervasive, and according to meteorologists’ predictions, it does not appear to letting up, either for this summer or beyond into the future.” 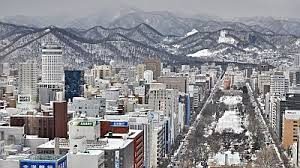 “…said a cold air mass with a temperature of minus 24.4, the lowest seen since it began compiling such data in 1957, was hovering about 1,500 meters above Sapporo, which saw the mercury drop to minus 12.5 in the morning.” 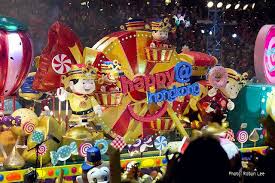 “The weather in Hong Kong in the past two days was the warmest ever recorded during the first lunar month of the Year of the Pig.

“According to the Hong Kong Observatory, the temperature went as high as 25.8 degrees Celsius at 4 p.m. on Thursday. It was the highest daily maximum air temperature recorded on the third day of the Lunar New Year since the Observatory began keeping track of the records in 1884…” 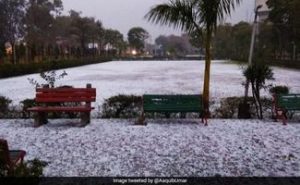 “India’s capital Delhi was hit by a strong hailstorm on Thursday, turning the city white and leaving people stunned and delighted. 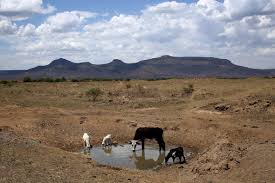 “Free State Agriculture (FSA) has welcomed the news that the province [in South Africa] has been declared a drought disaster area… Francois Wilken, FSA president, said expressed concern that any aid that may be forthcoming would arrive too late…

“He added… that even if it did rain, it would not be the end of farmers’ struggles, as grazing would take time to grow and crops planted late were at risk from early frost, continued dry spells, and other climatic disasters.” 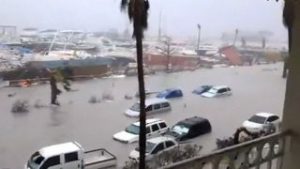 “A group of top hurricane experts, including several federal researchers at the National Oceanic and Atmospheric Administration, published striking new research Thursday, suggesting that hurricanes in the Atlantic Ocean have grown considerably worse and that climate change is part of the reason why. The study focused on rapid intensification…”