Climate 5 Feb 2019 Extreme Weather Whiplash for Much of USA 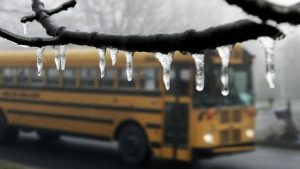 “Mother Nature can’t make up her mind in the Midwest and Northeast, where a number of locations have set record-high temperatures — just days after a polar blast brought a rash of record lows.

“The lobe of the polar vortex, which carried punishing cold air into the Midwest and Northeast Wednesday through Friday, swiftly retreated over the weekend, and a surge of unseasonably mild air took its place…” 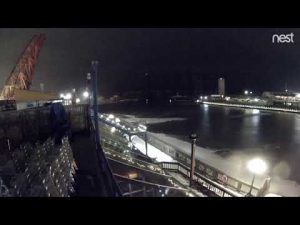 “Both Cleveland and Akron-Canton on Monday smashed records for high temperatures on this date, with readings reaching the 60s Monday afternoon – about 25 degrees above normal.

“Warmer air continues to make its way towards Middle Georgia as new record high temperatures could be set tomorrow and Thursday.” 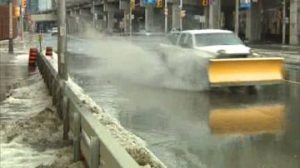 “Winter-weary Torontonians are getting a much-needed reprieve following a week of bone-chilling temperatures. At 12 Con Monday afternoon, Toronto set a new record high temperature for Feb. 4, beating the previous record of 11 C set back in 1991.

“A small town in Northern California has sunk more than two feet in the last nine years, according to a recent survey from the California Department of Water Resources. The survey identified nearly 40 areas in the Sacramento Valley where land has started to sink as farmers pump groundwater from the region’s arid soil.” 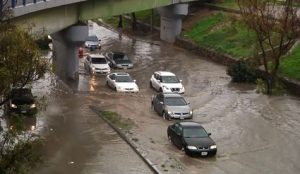 “The precipitations began around the 13:00 hours of Saturday 2 February , with strong winds in great part of the city.

“The strong winds , together with the precipitations, caused a series of demolitions of poles , trees [in Tijuana, Mexico].” 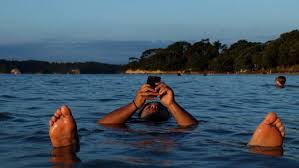 “Parts of the country were also extremely dry with rainfall well below normal in all parts of the country except Napier and Hastings. Masterton had just 6mm of rain and recording its driest month on records since its records began in 1926.” 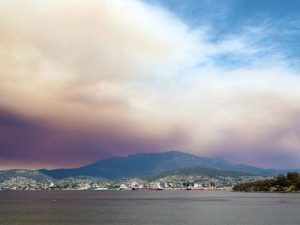 “As I write this, fire is 500 metres from the largest King Billy pine forest in the world on Mt Bobs [Tasmania], an ancient forest that dates back to the last Ice Age and has trees over 1,000 years old.

“Fire has broached the boundaries of Mt Field national park with its glorious alpine vegetation, unlike anything on the planet.” 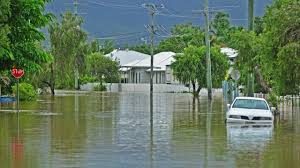 “Many parts of Queensland have been declared disaster zones and thousands of residents evacuated due to a 1-in-100-year flood.

“Townsville is at the epicentre of the “unprecedented” monsoonal downpour that brought more than a year’s worth of rain in just a few days, and the emergency is far from over with yet more torrential rain expected.”

“Surat [India], known as the “diamond city”, faces a triple flooding threat: from the Tapi and the Ukai dam upstream, from the Arabian Sea, and from the 19 miles of creeks that spread through the city.

“It constructed its first flood wall in 1664, and the battle to hold back water has been raging ever since. Climate change has only exacerbated the situation.” 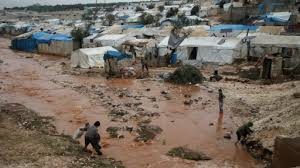 “The floods have swept away thousands of tents and caused concrete houses to collapse. Furthermore, one-quarter of the food stock in assessed locations was ruined in the flooding, causing many local shops and bakeries to close, increasing the price of the already limited food available.” 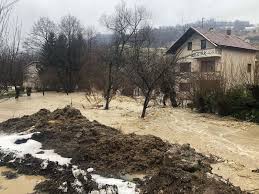 “Heavy rain and melting snow caused rivers to burst their banks and cause flooding across Bosnia, damaging houses and blocking roads. A bridge in the capital, Sarajevo, collapsed after the River Zeljeznica overflowed. Milder weather has been witnessed following last month’s sub-zero conditions.

“In the space of 24 hours, temperatures jumped from 0C to 15C, causing snow to melt rapidly and trigger floods in central parts of the country.” 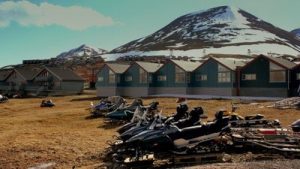 “On Svalbard, the envisaged rise in temperatures would thaw the frozen ground underpinning many buildings, roads and airports, cause more avalanches, “slushflows” and landslides, melt glaciers and threaten wildlife such as polar bears and seals that rely on sea ice to hunt.

““A 10 degree warming, with the implications for Arctic nature, ice-dependent species, will be devastating,” Climate and Environment Minister Ola Elvestuen told Reuters.”

“Two recently published peer-reviewed studies make clear that the planet’s oceans are continuing to set hottest-yet temperature records nearly every year and, secondly, that the rate of ocean warming is in virtual lockstep with what modern climate models have projected…

“About 93 percent of global warming goes into heating the oceans, compared to about 2 percent warming the atmosphere. As the hottest year in the oceans, 2018 therefore was the hottest year ever recorded for the planet as a whole. And the amount of heat currently building up on Earth is equivalent to the amount of energy released by more than five atomic bomb detonations per second, every second.”