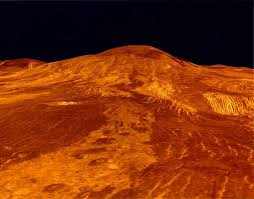 “It followed the hottest December on record for Australia — and there is no relief in sight for the months ahead.

“January was a truly record-breaking month across several fronts: the highest minimum, the highest maximum and the highest mean temperatures for Australia as a whole.

“The highest overnight minimum on record was broken multiple times with Wanaaring (Barrona Downs) in NSW currently holding the title at 36.6 degrees Celsius.

“The mean temperature for January averaged across the country exceeded 30C — the first time this had occurred in any month, the BOM said.” 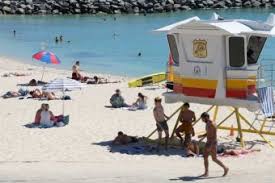 “On the back of a month of record high temperatures across Western Australia, parts of Perth are sweltering in 40 degree heat this afternoon.

“The mercury at Pearce ticked over 40.5 degrees Celsius about noon, while Perth temperatures peaked at a scorching 38.5C.” 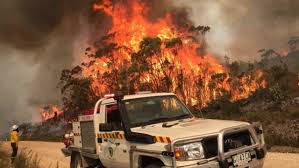 “…where I live in drought-stricken Tasmania, the southern half of this island is, to put it bluntly, ablaze.

“Three huge out-of-control bushfires have consumed almost 2,000sqkm of the island’s wilderness areas. Natural Parks and precious World Heritage Sites are being razed. Towns and hamlets are at risk of incineration.” 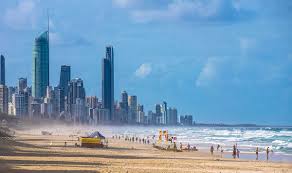 “It’s official! The Gold Coast has seen its driest January on record. Just 4.4mm of rain fell at the Gold Coast Seaway this month across seven days. 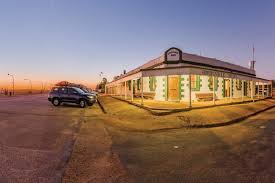 “A western Queensland town has suffered through 43 consecutive days where the maximum temperature exceeded 40 degrees… Residents in the outback town of Birdsville endured 10 consecutive days of 45 degrees and above until Monday, January 21 – exceeding previous six-day runs in the town in 2004 and 2013.

“Last week, the road was so hot in a tiny north-western Queensland town the council thought residents could cook an Australia Day barbecue on it.” 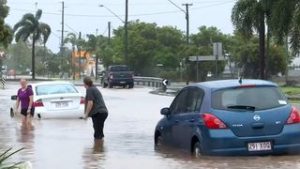 “One hundred homes could be flooded in Townsville after the city’s mayor sanctioned the high-risk release of dam water to save the area from more widespread inundation following more than 1.1 metres of rain.

“Announcing the emergency measure for the Ross River dam on Friday, the mayor Jenny Hill said there were no guarantees the plan would work. Between 90 and 100 homes downstream from the dam were being evacuated, she added.

“Townsville has had a year’s worth of rain in the past week.” 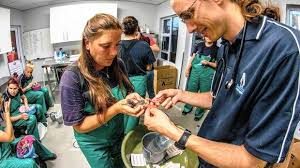 “The recent abandonment of thousands of flamingo chicks by their mothers has been blamed on climate change that has caused a severe drought in Kimberley in the Northern Cape [South Africa].

“The rush to save the 2000 flamingo chicks turned into a countrywide race against time to save the birds. The drought hit the Kamfers Dam in Kimberley where the flamingo colony stayed. Due to the intensity and extremity of climate change, the dam dried up and the adult population left.” 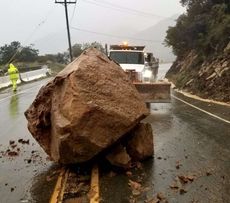 “Thunder, lightning and rain came to Los Angeles in a major way this week, and many people were not ready. Hundreds of lightning strikes were recorded around Los Angeles County…

“”The thunder feels like an earthquake!! I actually had to think about it for a minute, it really felt like start of an earthquake. Am I really still in LA?” wrote Twitter user Nancy R. late Thursday morning.” 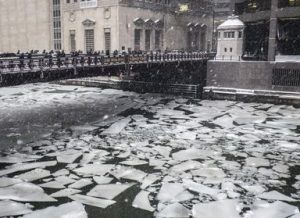 “The cold has shattered temperature records across the United States. Mason City, Iowa hit a record low of -28; nearby Albert Lea, Minnesota bottomed out at -29, with wind chills as low as the -50s. 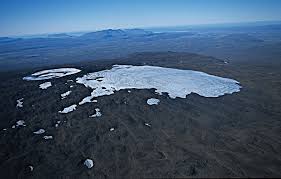 “The Okjökull glacier died in 2014. It wasn’t the first Icelandic glacier to pass away. Some estimates say that up to ten named bodies of ice have previously expired, along with countless more that were unnamed. But Okjökull was the biggest, so far.

“Over a period of years, Okjökull melted faster than snowfall could accumulate into new ice. The glacier became thinner each year until, eventually, the ice in the bowl of the shield volcano stopped moving.” 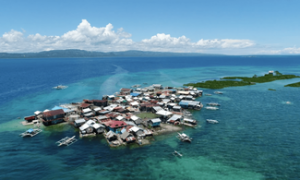 “Subsidence caused by an earthquake has created a snapshot of what life might be like for many more as sea levels continue to rise:

“The water laps above her ankles, and flows through her home, sending bottles bobbing gently on the high tide. But Maria Saavedra is unworried, and unmoving… The Cebu Strait quietly invades her house on the high tide for nearly four hours a day, more than 130 days a year. But Saavedra doesn’t want to leave the only home she’s known for an uncertain life on a larger island nearby.”