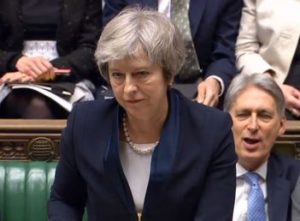 “Theresa May has pledged to face down a vote of no confidence in her government, after her Brexit deal was shot down by MPs in the heaviest parliamentary defeat of the democratic era.

“On a day of extraordinary drama at Westminster, the House of Commons delivered a devastating verdict on the prime minister’s deal, voting against it by 432 to 202.

“The scale of defeat, by a majority of 230, was greater than any seen in the past century, with ardent Brexiters such as Jacob Rees-Mogg and Boris Johnson walking through a packed division lobby cheek-by-jowl alongside passionate remainers.”

“The economic outlook for Europe and the world darkened after growth in Germany slowed sharply last year, hit by weaker exports to China and elsewhere, and softer demand at home.

“While Europe’s largest economy probably narrowly avoided a recession at the end of last year, according to the country’s statistical agency, weaker German growth is ringing alarm bells across the continent, where swaths of companies are bound to the German export machine.”

“News that the European Central Bank wants euro zone banks to set aside more money for their soured loans sank shares in Italian lenders and sparked a rebuke from one of the country’s top politicians on Tuesday.”

“Lenders in the United Arab Emirates will come under pressure this year as a property and retail slump take its toll. One of the country’s smallest banks is being bailed out, problem loans are expected to rise this year and lenders are exploring mergers to stay competitive.

“Slow property sales, higher interest rates and a rise in lending amid improved economic growth could mean provisions jump as much as a quarter, according to analysts.”

“…after a decade of near continual growth Hong Kong’s property market is about to join a global downturn that is buffeting markets including London, Vancouver, Sydney and Shanghai.” 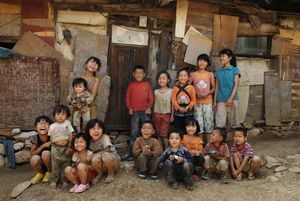 “China’s economy is slowing. The downturn may be the result of recent events — the trade war with the U.S., or retrenchment in China’s real estate and infrastructure sectors. But it may also be the latest manifestation of a trend that began a decade ago. And it may signal that China’s entire system of authoritarian state capitalism is less effective than many had believed.

“The governor of northeastern Liaoning admitted in 2017 that the industrial province had falsified data for years.”

“China’s central bank on Wednesday made its biggest daily net cash injection via reverse repo operations on record, more evidence that authorities are shifting to policy easing to counter a slowdown in the world’s second largest economy.”

“The partial government shutdown is inflicting far greater damage on the United States economy than previously estimated, the White House acknowledged on Tuesday, as President Trump’s economists doubled projections of how much economic growth is being lost each week the standoff with Democrats continues.” 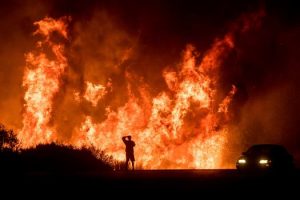 “If Pacific Gas & Electric Co. follows through with its bankruptcy announcement, the country’s largest utility would record the third largest default in the U.S. investment-grade corporate bond market since 1998.”

“JPMorgan Chase & Co.’s bond traders just reported their worst quarter in a decade a day after Citigroup Inc. said it was also pummeled by market turmoil. Revenue from fixed-income trading, typically the biggest contributor to the company’s markets business, plunged 18 percent in the fourth quarter to the lowest since the depths of the financial crisis as wild markets kept clients on the sidelines.” 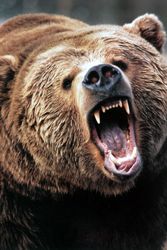 “…the Bank of Merrill Lynch Fund Managers’ Survey from January, which finds investors with the gloomiest outlook on corporate profits since 2008.

“A net 52% of investors expect global profits to deteriorate over the next year, a “major reversal” from just 12 months ago when a net 39% saw profits improving.

“The survey also saw the second-biggest two-month collapse on record in global inflation expectations, and the worst outlook on the global economy since July 2008…” 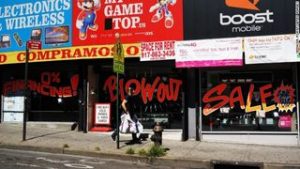 “What’s more, S&P Dow Jones Indices and Experian said that all five of the metropolitan statistical areas showed a higher default rate in December of 2018.” 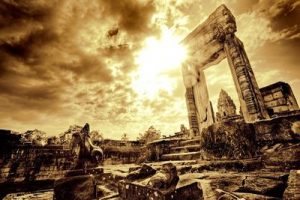 “Global debt grew 3.9 percent in the third quarter of 2018 compared to a year earlier and was up 0.7 percent compared to the previous quarter, the Institute of International Finance said in a report on Tuesday…

“As a percentage of global gross domestic product, debt of non-financial corporations ticked up to 92 percent, the highest level on record, the report said.”

“As Mark Twain never said, “It ain’t what you don’t know that gets you into trouble. It’s what you think you know for sure that just ain’t so.”

“Over the course of this year and next, the biggest economic risks will emerge in those areas where investors think recent patterns are unlikely to change.

“They will include a growth recession in China, a rise in global long-term real interest rates, and a crescendo of populist economic policies that undermine the credibility of central bank independence, resulting in higher interest rates on “safe” advanced-country government bonds.”