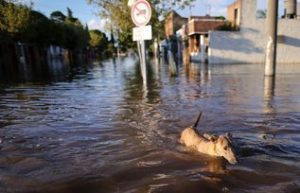 “It has been a wet year so far in the low Pampas of South America. Northeast Argentina and the adjacent parts of Paraguay, Uruguay and Brazil have been hit with extensive flooding.

“Since the beginning of the year, the area has received about five times the long-term expected average rainfall.

“On January 8, the Argentine city of Resistencia recorded 224mm rainfall. This is a new 24-hour rainfall record, much higher than the previous highest of 206mm, recorded in January 1994.

“Eastern Pampas has good farming land but the first soybean crop was a complete loss in some areas because of the rain. The ground is still water-logged. In the province of Corrientes, water is nearly two metres deep, displacing the herds of cattle.

“In Paso de Los Libres, a border city in what is known as the Argentine Mesopotamia, January brought 483mm of rain so far. The average rainfall for January is 128mm…

“The forecast for the next week suggests another 250mm of rain in the Argentine province of Corrientes and the northern parts of Uruguay.”

“…and when they’re gone, the unique organisms they contain will also be lost to time.” 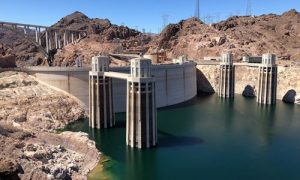 “With just 16 days left until a deadline set by the federal government, the Arizona Legislature is under pressure to push through a Colorado River drought plan that would prevent Lake Mead from dropping to extremely low levels.

““This is by far the most pressing issue we face as a state,” Ducey said at a news conference. “And the clock is ticking.”” 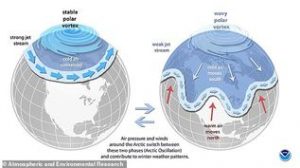 “Satellite images and weather models have confirmed that the polar vortex – the area of low pressure and swirling cold air above the North Pole – has split into three.

“That means that temperatures far below normal can be expected in the eastern half of North America, according to The Washington Post.” 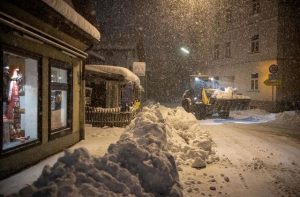 “Thousands of people remained cut off from the outside world on Tuesday after two weeks of exceptionally heavy snow in the Alps blocked villages and ski resorts.

“Snowfall has broken records in many parts of Austria, with as much as ten feet falling in just 15 days in some areas, and more than 41,000 people were cut off from the outside world in the Austrian region of Salzburg alone.”

“Greece has seen storm after storm, with rain and heavy snow, march through the entire nation in the past several weeks. The torrential rain of the last few days has turned streambeds which remain dry for most of the year into waterfalls in the areas of Merkaria and Agrari [Mykonos].

“View a video of this rare phenomenon:” 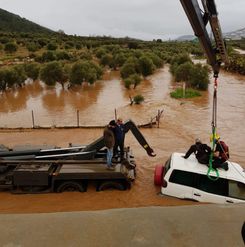 “Snow has been piling up on Mount Hermon, the highest point in Israel, as torrential rain intermittently pounded the north and center Monday.

“A short section of Israel’s north-south highway, Route 90, was closed in the morning to traffic in both directions between the Tiberias hot springs and the city of Tiberias itself because of flooding.”

“The top 15 hottest places in the world yesterday were all in Australia, as an intense heatwave weather system – possibly the worst since 2011 – continues to sweep over the country. Of the 15 locations, 10 were in South Australia, three in New South Wales and another two in the Northern Territory, with temperatures ranging between 46.1C and 49.1C, according to US-based El Dorado Weather.” 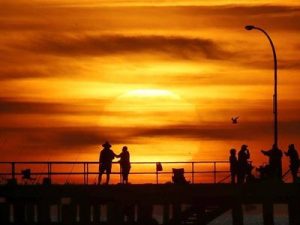 ““It’s been like hell. The thing is, you have to work. Start off early, knock off early – by one or two o’clock. You try and do as much as you can in the morning. By the afternoon, it’s too hot to work.

““You have to try and leave your tools in the shade. If you don’t, it burns your fingers. There’s not much you can do. And plenty of water. If you don’t have that, you’re in strife.” 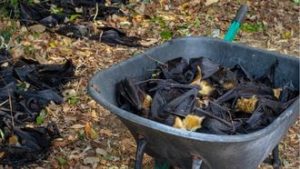 “Over two days in November, record-breaking heat in Australia’s north wiped out almost one-third of the nation’s spectacled flying foxes, according to researchers.

“The animals, also known as spectacled fruit bats, were unable to survive in temperatures which exceeded 42C.” 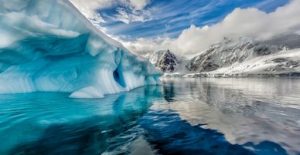 “As levels of the greenhouse gas carbon dioxide rise and warm the globe, Antarctica’s ice will become more vulnerable to cycles on an astronomical scale, particularly the tilt of our planet is as it spins around its axis.

“New research finds that over 30 million years of history, Antarctica’s ice sheets responded most strongly to the angle of Earth’s tilt on its axis when the ice extends into the oceans, interacting with currents that can bring warm water lapping at their margins and leading to increased melting.” 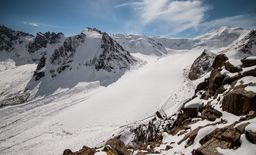 “…high above Almaty, Kazakhstan’s largest city, the Tuyuksu glacier is melting like mad…

“Rivulets of water stream down the glacier’s thin leading edge…” 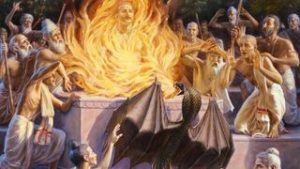 “The oceans are warming up much faster than scientists had previously predicted, substantially raising the risks and magnitude of natural disasters, a team of international researchers has warned.

“In the next four decades, sea temperatures will rise four times more rapidly than they did in the previous six decades.”