“British lawmakers are set to vote on Prime Minister Theresa May’s much-maligned Brexit deal on Tuesday, with less than three months to go before the U.K. is set to leave the European Union.

“That leaves the prospect of a complete collapse of government, a disorderly exit from the bloc or even the entire Brexit process being scrapped altogether over the coming weeks.”

“France’s response to “yellow vest” protests could be a turning point for euro zone bond markets if it kicks off an era of increased public borrowing in the bloc and loads additional debt on to a market already nervous over the removal of ECB stimulus.”

“Italy’s far-right interior minister, Matteo Salvini, has said that Italy and Poland could trigger a “European spring” that could break the dominant “Germany-France axis” as he strives to forge far-right alliances before the European parliamentary elections in May.” 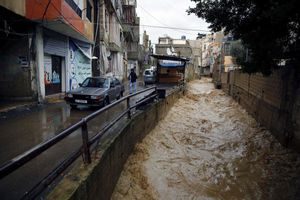 ““The repercussions and consequences of the economic crisis today are at their highest,” said Ali Hassan Khalil, Lebanon’s Finance Minister.”

“According to retail sales data released by FADA, passenger vehicle sales in India during the first three quarters of the current fiscal (April to December) declined 2% year-on-year…” 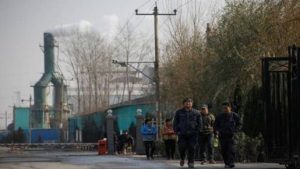 “China is adding more challenges to the global economy this year, beyond the trade conflict that’s rattling financial markets.

“Economists now see the threat of deflation in the manufacturing nation after producer price inflation slowed sharply in December… That would not only squeeze corporate profitability at home, but would also put pressure on global price gains…” 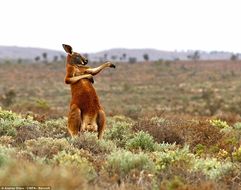 “Australia’s construction activity has slowed to the weakest in five-and-a-half years as tighter lending conditions and falling prices weigh on the nation’s housing market.

“The downturn in Sydney’s property market is set to deepen as tighter lending standards and the worst slump in values since the late 1980s cause nervous buyers to sit on the sidelines. Apartment approvals fell the most in a decade in November in another sign of investors pulling back.” 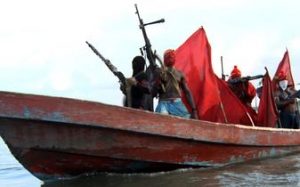 ““Most of the attacks along the coast of Trinidad occur just before sunset, so that pirates under cover of darkness can disappear without being disturbed,” testify the victims of this type of theft…

““Sometimes, they rob our people, but in other cases they are kidnapped in Venezuela and a ransom is demanded for their freedom, ” said Esook Ali, leader of the local fishing association, to The Telegraph.”

“This time I think bonds will peak at around $8 trillion and then lose about $3 trillion in value. That’s 38 percent. Failing U.S. subprime loans triggered the last global debt crisis. This next one is likely to come from failing emerging market corporate debts, followed by the U.S. and developed country defaults and bond devaluations…”

“…investment-grade and high-yield corporate bonds have registered over US$65 billion net outflow in the 10 weeks to Dec. 31. That marks a record high. In other words, investors are dumping corporate bonds. 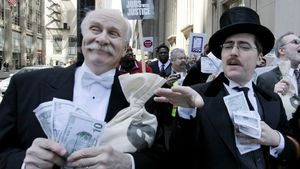 “Cracks are already forming. In December, borrowing in the high-yield bond market came to a standstill. Deals in the leveraged loan market are also delayed from a lack of interest from mutual funds and collateralized loan obligation managers, the largest buyers of leveraged loans. These events signal trouble ahead for highly indebted companies seeking more financing.

“Wall Street banks have significant exposure to corporate debt… In a crisis, these exposures could serve as a channel for contagion in a highly interconnected financial system dominated by large banks.” 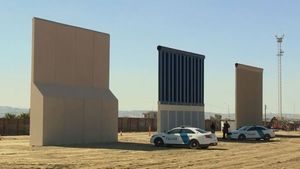 “The US government has been partially shuttered since late December as President Donald Trump has refused to sign a budget agreement unless Congress agrees to allocate US$5 billion for a border wall. About 800,000 federal workers, including air traffic controllers and members of the Coast Guard, have been without pay for three weeks.”

“Federal Reserve Chairman Jerome Powell is concerned about the ballooning amount of United States debt… Wall Street’s “bond king” and respected financial prognosticator Jeffrey Gundlach said in December that the Fed seems to be on a “suicide mission,” raising rates while the government deficit increases as a share of GDP. Normally when the deficit is expanding, the Fed would be lowering interest rates.” 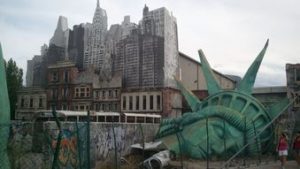 “The odds of a recession have grown to the highest level in seven years, according to a monthly poll by The Wall Street Journal. Economists surveyed by the Journal are seeing on average a 25 percent chance of a recession within the next 12 months… The outlook for 2020 is even dimmer with 56.6 percent of the economists foreseeing a downturn to start in the presidential election year.”