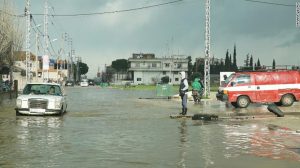 Bekaa Valley, Lebanon – “Mohamed Kassaf, 32, was in his tent with his four children when a storm hit. The river outside Hoor refugee camp overflowed. Rain and sewage water seeped through the tent’s tarpaulin sheets.

“The water went from tent to tent. We kept moving from room to room until I couldn’t take it anymore. I had the kids sent somewhere else,” recalls Kassaf. He spent the night in his bed soaked and waiting for the storm to pass.

“The water rose to nearly half a meter at many of the Syrian refugee camps in Lebanon’s Bekaa Valley this week. Aid workers in the area say that some 600 refugee families were forced to evacuate their homes, braving rain, sleet and strong winds to find shelter. They trudged through sewage water that burst through the drainage system to get to shelter.

“In the northern town of Minyeh, an 8-year-old Syrian girl died during the storm after she fell into a river and drowned.

“Rahma Mohammed Ali, 60, is visually impaired and lives in a tent on her own. When the storm that meteorologists called Norma struck on Monday, her neighbors helped her get out. “It was chaotic and completely humiliating. And the smell of the sewage was just deadly,” says Ali.” 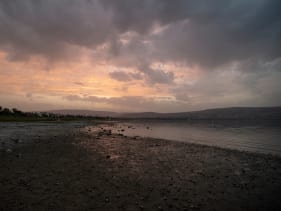 “Most of the rain fell in the north, revitalizing the Sea of Galilee (Kinneret) the main source of Israel’s drinking water. The level of the Kinneret on Wednesday was recorded at 214.24 meters, up 22cm (8.66 inches) in the past week.

“Israel is an arid country with about 70 percent of the average rain falling between November and March. Rainfall in December broke a 30-year record…” 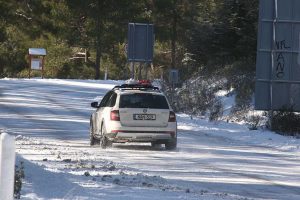 “Record rainfall during the last few days has nearly doubled water levels in Cyprus dams, with some reservoirs reaching capacity and overflowing, while others had excess water diverted to the giant Kouris dam, near Limassol, music to the ears of farmers…

“Combined with the rapid drop in temperatures, due to a cold front moving eastward from Greece, a lot of the rain has become snow, with snowfall reported on Wednesday morning at 70cm on the island’s highest peak of Mt Olympus…” 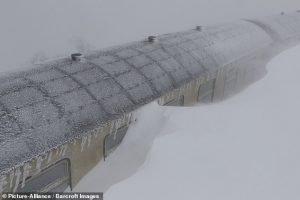 “Austria could face 10 feet of snow in the next few days as fierce winter weather continues to strike central Europe this week. Parts of Austria have already had more snow this month than they usually do in the whole of January, with more snow expected before the weekend.

“The tourist season in the Alps has also been hit with more than 1,000 miles of ski slope and 450 ski lifts closed because of the weather.” 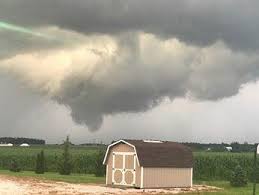 “Only the seventh recorded January tornado for Pennsylvania, an EF-1 bounced along Smith Road just north of New Lebanon around 11:30 Tuesday morning.

“”January is the month when you think of salt for your driveway and snow shovels, not clean up tree damage from a tornado. This was, again, a rare event,” said Fred McMullen, a NWS Pittsburgh meteorologist. 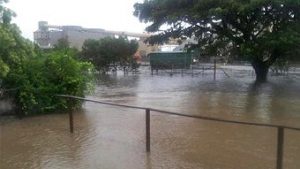 “Floodwater is over the Bruce Highway south of Townsville [Australia] this morning, after more than 400mm of rain has fallen in parts of the Burdekin region. 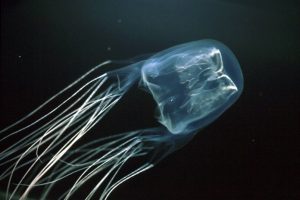 “You’ve probably heard warnings about box jellyfish that swarm off Hawaii beaches from time to time, but there’s a different species of box jellyfish now in the waters off Australia with venom 100 times more powerful than a cobra.

“The heat wave that’s caused record temperatures in Australia has warmed the waters offshore as well, and jellyfish are responding. Last week, more than 13,000 people were stung by a record surge of bluebottles.” 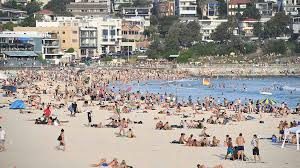 “Australia had its third warmest year on record in 2018, a year marked by severe drought in parts of the country and a prolonged bushfire season, the Bureau of Meterology said, with the dry conditions expected to persist in coming months.

“Maximum temperatures across Australia were the second-warmest on record at 1.55 degrees C (2.8 degrees F) above average, just behind the hottest year in 2013.” 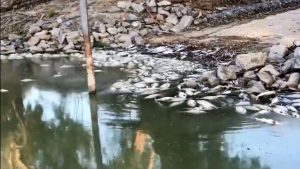 “Up to a million fish, including huge stocks of large freshwater cod, have died in Australia’s largest river system as a crippling drought and heatwave threaten ecological catastrophe.

“The mass death near the mining centre of Broken Hill, 700 miles west of Sydney, is the latest in a series of similar events along parts of the 1,800-mile Murray-Darling river network which experts said were unprecedented.” 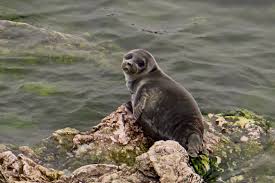 “Situated in southern Siberia, Baikal occupies one of the fastest warming regions on the planet and, as a result, the lake itself has got warmer, seasonal ice is present for a shorter period of time and has got thinner, and its waters have become stratified for longer periods. These changes have already had an impact on the lake’s microscopic life…” 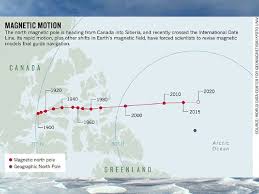 “Planet Earth is alive. Deep beneath its skin, its life blood — rivers of molten iron — pulse around its core. And this mobile iron is what generates the magnetic field that causes auroras — and keeps us alive.

“But, according to the science journal Nature, something strange is going on deep down below.

“It’s causing the magnetic North Pole to ‘skitter’ away from Canada, towards Siberia.

““The magnetic pole is moving so quickly that it has forced the world’s geomagnetism experts into a rare move,” Nature reports.”