“Sections of the Pacific Coast Highway in Los Angeles have been shut down due to mudslides and flooding over the weekend, the California Department of Transportation said.

“Parts of the state’s iconic coastal highway will be closed until at least Monday as crews work to unearth a 40-foot-wide debris flow, according to NBC affiliate KNBC in Los Angeles.

“The department tweeted images from the city of Malibu showing cars and roads buried under rocky sludge.

“The slides occurred after heavy rains swept across stretches of Southern California on Saturday. The rains were especially dangerous after last year’s Woolsey Fire — a blaze that scarred nearly 100,00 acres, destroyed 1,600 structures and killed three people in Los Angeles and Ventura counties.

“The National Weather Service said at an automated rain gauge in the Santa Monica Mountains — which rise just east of Southern California coastline — measured nearly three-quarters of an inch in an hour on Saturday night and nearly half an inch in 30 minutes.

““These are heavy rain rates!” the agency tweeted.”

“Georgia experienced many different weather and climate patterns in 2018. Five stand out for their impacts on the state…”

“Last year marked the second-warmest year in nearly a century of record keeping for a western Alaska city. 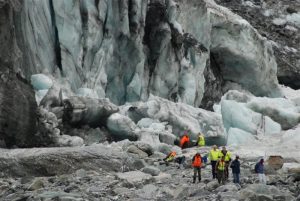 “”When it’s fire season you can taste the smoke in the water. It’s a bit of a bummer, because you look forward to this crisp cold water, but it has this funky taste,” said Pelto, who has been monitoring glaciers, like the Conrad, south of Golden, B.C., for the last five years, as part of a research project at the University of Northern British Columbia…

“The surface of the glaciers was the dirtiest I’ve ever seen it,” Pelto said.” 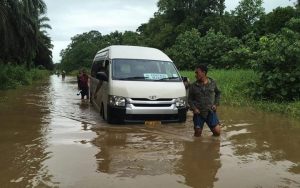 “Loti Yates, the director of the Solomon Islands Disaster Management Office, is used to dealing with floods. But even he’s getting worried with what he has to deal with – and how often…

“For two weeks, much of the country has been drenched by heavy rain that’s caused flooding and landslides across the country. Two people have died and as many as 22,000 have had their homes or food crops destroyed, the office estimates.” 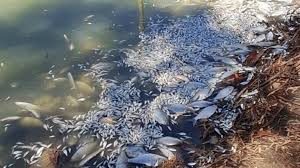 “It’s the largest of four recent fish kills in NSW after one in the same region at Christmas and two others on the Namoi and Lachlan rivers amid on-going drought and record heat. “Unfortunately, this won’t be the last,” Niall Blair, NSW’s fisheries minister, said. “There’s just nothing coming into the system…

“Rob McBride, whose Tolarno grazing station lies to the south of the main fish kill region, said 250,000 livestock and millions of native animals are at risk from the increasingly toxic water in the river.”” 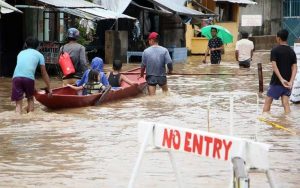 “The death toll from a storm that devastated the Philippines shortly after Christmas rose to 126, authorities said Sunday, adding landslides caused by torrential rain were the top cause. 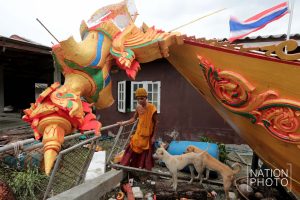 “Tropical storm Pabuk has exited Nakhon Si Thammarat towards the Andaman Sea, leaving behind a trail of destruction. Numerous houses were damaged and also public infrastructure such as electric poles and roads among others.” 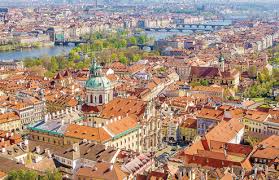 “The Czech capital Prague has experienced its hottest year since records started in 1775, the weather institute said…

“The institute described this year’s temperature as being “extraordinarily above normal”.” 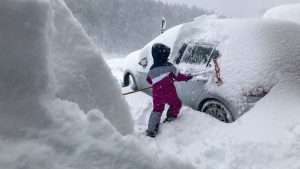 “Significant snowfall is forecast for southern Germany, Austria and Switzerland in coming days.”

“Temperatures in Israel dip to record lows this winter as rain spreads from the north to the center of the country; Mount Hermon closes for visitors as the site is hit by snowstorms.” 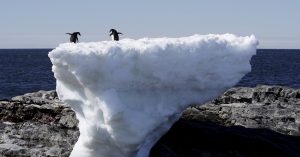 “Right now, on the shores of Antarctica, there’s open water crashing against the largest ice shelf in the world. The annual ice-free season has begun at the Ross Ice Shelf — a month ahead of schedule.

“The frozen region of freshwater ice the size of France partially protects the West Antarctic Ice Sheet from collapsing into the sea. In recent years, the ice-free season in the Ross Sea has become a routine event — but it happened this year on New Year’s Day, the earliest time in history.”