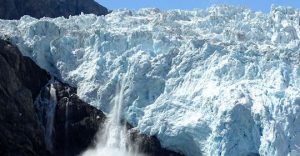 “Climate change could have devastating effects on vulnerable residents in the Andes mountains and the Tibetan plateau, according to researchers at The Ohio State University who have been studying glaciers in those areas for decades.

“Their findings—that glaciers in both parts of the world are melting more rapidly than at any point in the last 10,000 years—mean the water supply in parts of Peru, Pakistan, China, India and Nepal will decline, soon.

“”Supply is down. But demand is up because of growing populations,” said Lonnie Thompson, a climate scientist at Ohio State’s Byrd Polar and Climate Research Center.” 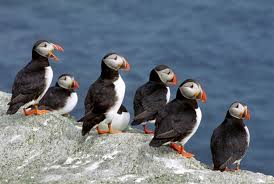 “A new analysis of over 70 years’ worth of shorebird population data suggests that climate change has altered the migratory birds’ Arctic safe haven to such a degree that it is now helping drive rapid declines in their numbers.”

“Although waters within the Gulf were only warming by one degree every two years for nearly two decades, warming in the Gulf of Maine suddenly accelerated in 2004 to nearly ten times that rate so that the Gulf is now warming 99% faster than the rest of the world’s oceans.” 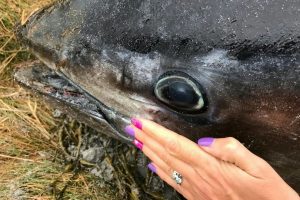 “Bluefin tuna have only recently returned to British waters since around 2013, but it’s extremely rare for one to be washed up in Orkney. “It’s becoming increasingly common for bluefin tuna to be found in British waters as they are coming back every summer now.” 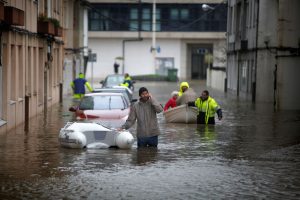 “According to the forecasts of Aemet, the storm could leave today in the Coruña coast [Galicia] up to 40 liters per square meter in twelve hours.

“In addition, there is orange warning throughout the coastline by waves greater than seven meters in height.” 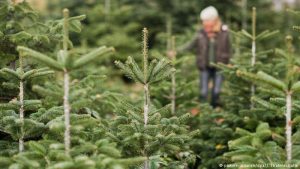 “Winter’s biting cold has set in, and the heatwave that scorched Europe seems a distant memory. But it has left its mark on Germany’s Christmas tree plantations.” 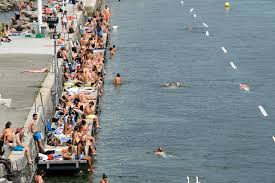 …temperatures north of the Alps in the current year were 2.5 degrees Celsius (36.5 degrees Fahrenheit) above the average of the years 1961 to 1990. Except for February and March, every month of the year was hotter in regions north of the Alps than normal. 2018 is the fourth time over the past decade that new records were set… The current year was also marked by long periods without rain but also a series of violent storms.” 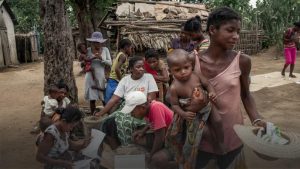 “For several seasons now, the entire southern part of Madagascar has been caught up in a drought that has made water increasingly scarce, wrecking even efforts to grow rice — the staple food. “Today, 1.2 million people are food insecure,” said Maman Bashir Yacouba, head of the World Food Programme in Madagascar.

“”In most of these areas, the whole economy is based on agriculture and livestock, and it has been at least four years now that there has not been good rainfall — the situation has become worrying”.” 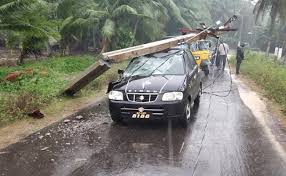 “The farmers in the district suffered a huge loss as the cyclone Phethai inundated standing crops, paddy, chilli, cotton, maize, pulses and horticulture crops in thousands of acres in Guntur.

“Paddy fields in thousands of hectares in Tenali revenue division were perished due to heavy rains.” 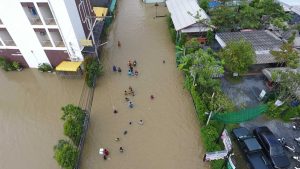 “Floods have ravaged three southern provinces [of Thailand] over the past few days, leaving behind widespread damage and one person missing…

“The department estimated that the floods had disrupted the lives of more than 166,000 people in the three southern provinces since Saturday.”

“The National Interagency Fire Center is predicting that Hawaii will be especially vulnerable to wildland fire this winter as drought appears to be setting in under developing El Nino weather conditions.” 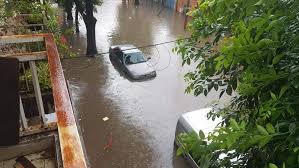 “The National Meteorological Service [of Argentina] had warned of strong storms with heavy rains but during the early morning a warning was added by strong winds that affected 10 provinces .

“Product of this storm, which adds to the storms of recent days, a lot of Buenos Aires had to be assisted and evacuated.”

“It has been one of the wettest falls in recorded weather history in Texas and… more rainfall is forecast.” 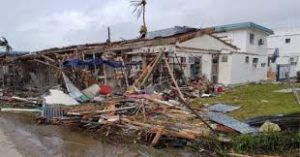 “Accordingly to the Intergovernmental Panel on Climate Change, climate change will lead to tropical cyclones with higher rainfall, greater intensity, and greater proportion of high intensity (Category 4-5) storms. These changes are largely caused by warming ocean temperatures, which drive cyclonic storm activity. But sea level rise also increases the damage caused by the storms by exacerbating the effects of storm surge, where waves generated by high winds inundate coastal areas.” 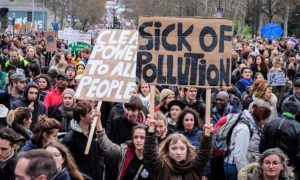