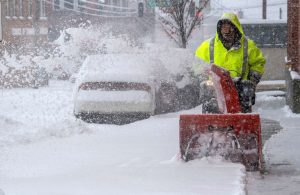 “The brunt of the storm may have passed, but North Carolina residents still face perilous conditions after record-setting snow walloped the state…

“With a mix of snow, ice and rain still coming down in some areas, conditions remain treacherous in many parts of our state,” Gov. Roy Cooper said Monday.

“”This storm dropped staggering amounts of snow, ice and rain across our state,” the governor said. “A year’s worth of snowfall or more fell on some places in a little more than a day.”” 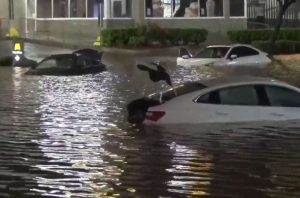 “If it seems as if Houston is getting wetter, you’re not imagining things. The nation’s fourth-largest city found itself under multiple flash-flood warnings Friday night as an early winter storm doused Harris County with up to a half-foot of rain.

“The suburb of El Lago saw 6.56 inches within 24 hours. That’s Houston’s single-greatest one-day rain total since Hurricane Harvey struck in August last year. Friday was also the second-wettest December day on record at the airport, where bookkeeping dates to 1969. In one day, more rain came down than is normal for the entire month in Houston.” 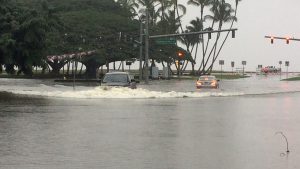 “It’s been an above average year for rainfall across the state, but especially on the Big Island… West Hawaii Today reports that the Hilo International Airport recorded a rainfall total of 165 inches for first 11 months of 2018, which is a 43 percent increase from the average rainfall.

“Hilo is on pace to have its second or third wettest year by the end of December. Hurricane Lane dropped the most rain in August, which brought catastrophic flooding. The storm released as much as 50 inches of rain in some spots.” 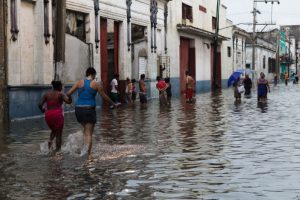 “A torrential downpour occurred on Sunday afternoon caused flooding in areas of Havana Center and Cerro, in Havana…

“…many residents of the neighborhood of Los Sitios were forced to evacuate furniture, appliances and put the rest of their belongings safe before the advance of the waters…” 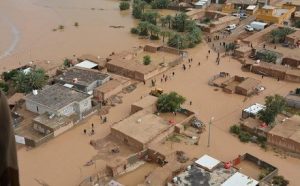 “Heavy rainfall has left three dams in Duhok province on the brink of collapse, according to local officials, who say the government is ignoring their pleas for help. 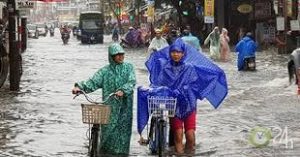 “At least eight people have died and two others are missing as heavy downpours flood thousands of houses in central Vietnam. An extreme northeast monsoon dumping huge amounts of rain on central Vietnam since Saturday has triggered severe flooding in Da Nang City and many provinces… Da Nang has suffered heavy damage after the heaviest rainfall on record inundated 2,550 houses and flooded several downtown streets.” 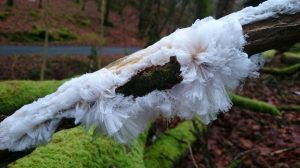 “incredibly rare phenomenon of “ice hair” has been discovered in a Scottish wood, as temperatures plummet across the country.

“Delicate strands of “hair” are formed only when certain environmental conditions are present and a certain fungi is in the area. But one eagle-eyed photographer has managed to capture the fine and lace-like ice crystals…” 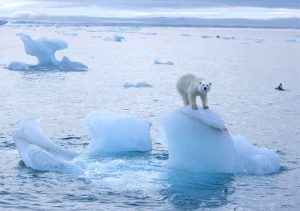 “While the Arctic sea ice is growing faster and higher during the winter months, it is more than offset by the melting in the summer months. So what we’ve seen is that the increased rate of sea ice growth in the winter helps to mitigate the melting during the summer. However, ultimately the warming summer temperatures continue to overall reduce the extent of sea ice… the seemingly inevitable ice-free Arctic will win out in the end, adds NASA.” 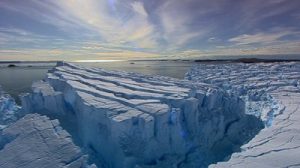 “NASA says it has detected the first signs of significant melting in a swathe of glaciers in East Antarctica.

“The region has long been considered stable and unaffected by some of the more dramatic changes occurring elsewhere on the continent. But satellites have now shown that ice streams running into the ocean along one-eighth of the eastern coastline have thinned and sped up.” 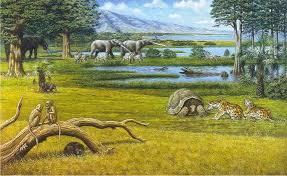 “If we continue our current level of greenhouse gas emissions — what some would say is a “business as usual” scenario — the overall global climate in 2030 will most closely resemble the overall climate of the mid-Pliocene period, Burke said.

“What did Earth look like then? Annual temperatures on average were about 2 to 4 degrees Celsius warmer than today, there was little permanent ice cover in the Northern Hemisphere, and the sea level was about 20 meters higher.”