“The central coast [of Vietnam] is experiencing heavy downpours and severe flooding, with Da Nang receiving the worst rainfall in history… 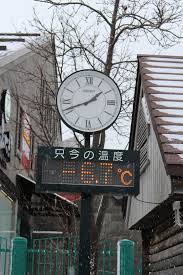 “Temperatures dipped below 5 degrees in central Tokyo for the first time this season on Dec. 10, less than a week after various areas across Japan basked under record-setting heat… The mercury plunged to a bone-numbing minus 22.3 degrees in Nakashibetsu, Hokkaido, the lowest temperature in Japan on Dec. 10, according to the Japan Meteorological Agency.”

“Parts of North Queensland have been drenched by ex-tropical cyclone Owen, with more than 200mm already falling in some areas since Sunday morning and the worst still to come. Wallaman has recorded 209mm of rain from 9am Sunday to 9am Monday, with the rain still bucketing down…” 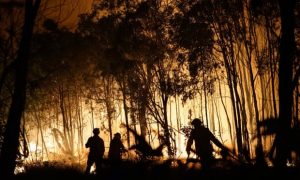 “When Michelle Ready first moved to the cane farm she owns with her husband in Queensland nine years ago, it sounded like a jungle at night. “It was lush and green and wet,” she says. A week after a “frightening” fire ripped across their property in Finch Hatton, a small township in the subtropical region of Mackay, better known for its humid, rain-drenched summers, it’s obvious that things have changed.

““It has been unbelievably dry here … the last few years we’re just not getting the rain and then, when we do, it’s often associated with a cyclone.””

“As summer approaches, scientists are trying to predict whether sea temperatures around New Zealand will reach the record levels they did last year… New Zealand recorded its hottest January on record this year, and a Tasman Sea marine heatwave is said to have played a large part.” 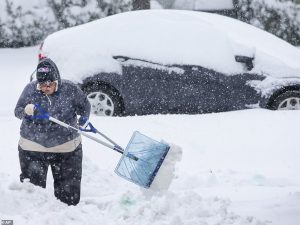 “A powerful winter storm that struck the U.S. Southeast over the weekend killed at least one motorist, left more than 385,000 customers without power and forced the cancellation of hundreds of flights on Sunday.

“A winter storm warning remained in effect for most of North Carolina, Virginia and southern West Virginia as at least an additional 2 inches of snow and sleet were expected to fall overnight and into Monday after more than a foot of snow fell over the weekend.” 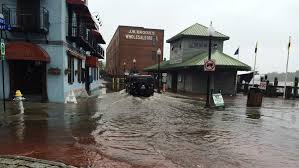 “The rainfall that doused Austin [Texas] on Friday shattered December records, with more rain falling in a single day than is typically recorded the entire month, according to the National Weather Service.”

“We already know that 2018 will go down in the books as the wettest year on record in Wilmington, North Carolina. The reigon is closing in on 100 inches of rain this year. The previous record of 83.65 inches was set back in 1877…”

“From three new cores and one existing one, they were able to compile a detailed history of surface melt events going back over 350 years. After analyzing the cores and identifying the timing and thickness of all the melt refreeze layers, they started by comparing those results to the available observations for recent years. That confirmed that their method was accurately tracking surface melt events.

“Their record shows that the melting over the last two decades is well outside the range of natural variability. In fact, it produces yet another hockey-stick shaped graph.” 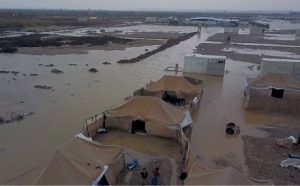 “IDP and refugee camps, as well as isolated villages, have borne the brunt as temporary structures are swept away and unpaved roads reduced to mud.” 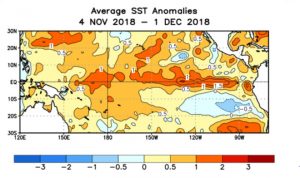 “Cyclone Gaja has caused huge and unprecedented devastation in the Cauvery delta and neighbouring districts of Tamil Nadu, and should be declared a national disaster, CPI leader D. Raja has said.”

“Early compilations of 2018’s data indicate that this year will likely become the fourth warmest on record, and the developing El Niño event is increasing the odds that 2019 will be the hottest year that human life has ever experienced.”