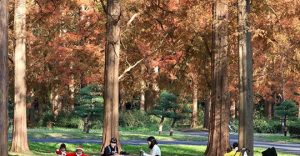 “Many parts of [Japan] experienced their hottest December day on record Dec. 4 as the Japan Meteorological Agency warned of a cold weekend ahead.

“The highest temperatures for the month were registered in more than 350 of the agency’s 926 observation sites nationwide.

“The mercury hit 25 degrees or more in Okinawa Prefecture and Kyushu, along with the Kinki and Kanto regions.

“The temperature reached 29.8 degrees in Miyakojima, Okinawa Prefecture, the highest in the country, and Tokyo’s Chiyoda Ward was 23.4 degrees.” 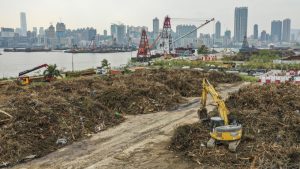 “The amount of yard waste collected by government departments that ended up in landfill this year was triple the amount of last year, according to official data, a reflection of a noticeable increasing trend over the past five years…

“Trees felled by Typhoon Mangkhut in September accounted for 20,480 tonnes, almost half the total.” 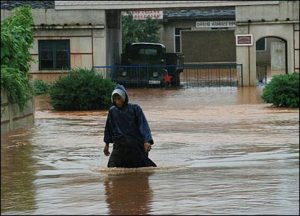 “The United Nations estimated that some 6 million North Koreans will require humanitarian assistance next year as the country experienced poor harvest due to the heatwave and flooding this year.”

Saudi Arabia’s western province of Makkah is bracing itself for further extreme weather conditions, with the risk of thunder and rain, leading to flash flooding in some areas. The country’s General Authority of Meteorology and Environmental Protection warned that heavy winds along with thunder and rain would hit Jazan, Asir and Baha heights, including the coast on Wednesday.”

“Drought and unemployment have forced people of Palghar district of Maharashtra to flee their homes in search of a livelihood… Tribals, who form the chunk of the population of Palghar district, said they faced major crop loss owing to drought.” 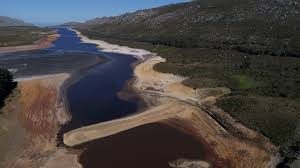 “… a weekly report on dam levels by the Department of Water and Sanitation (DWS) sketches a disturbing picture of the country’s water status.

“South Africa’s dam levels have dropped by an alarming 4.8% from 73.2% to 68.4% in the past month, a trend that has prompted the Department to renew its calls for water users to conserve as much water as possible.” 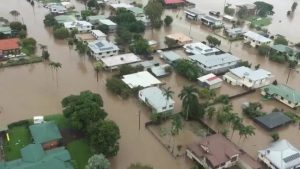 “Severe storms have swept across Queensland, bringing flash flooding – and much-needed rain – to communities that a few days ago were fighting bushfires…

“Further north, on the Atherton Tablelands, buildings and cars were damaged by hail. Coastal and inland areas north of Gympie received widespread rainfalls… with some areas recording almost 100mm.”

“Tropical Cyclone Owen has become the first December cyclone to develop in the Coral Sea since 1997.” 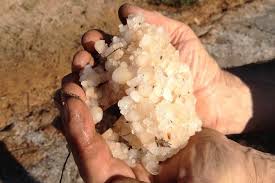 “Farmers are counting the cost of hail storms, heavy rain and strong winds that tore through the central Wheatbelt [of Western Australia] on Monday afternoon. At Tammin, WA Farmers president Tony York said his family’s 1300ha wheat crop, yet to be harvested, had varying levels of hail damage. About 300ha of that was destroyed. He said neighbours had reported similar destruction.” 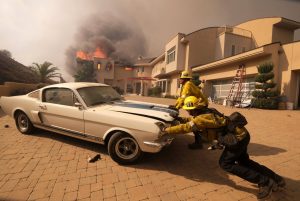 “California’s catastrophic wildfires – 25,000 homes destroyed over the last 18 months – have exposed and in some cases reinforced the socioeconomic inequalities that rend this state-nation of 40 million people.

“If Malibu, where some residents were rescued by yacht, defines one side of the class fault line, Paradise, where many tried unsuccessfully to flee on foot, clearly represented the other.”

“The meteorological winter began Saturday [for France] with extraordinary warmth, which has since intensified with several records beaten. These remarkable temperatures will last until Friday before the return of winter values.” 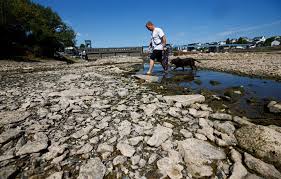 “2018 could be Germany’s warmest, driest and sunniest year since weather records began in 1881, writes the Germany’s National Meteorological Service (DWD) in a press release.

““Climate change has long since arrived in Germany,” said DWD vice president Paul Becker. The weather in 2018 so far is a warning signal, he said…” 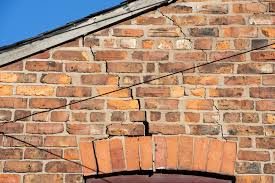 “The sizzling summer temperatures [in the UK] sparked a surge in claims by households to deal with the impact of subsidence, figures from insurers show… Subsidence is routinely covered by buildings insurance and warning signs can include cracks suddenly emerging in properties, perhaps around doors and windows, and often appearing thicker than a 10p coin. It can happen when the ground beneath a building loses moisture and shrinks.” 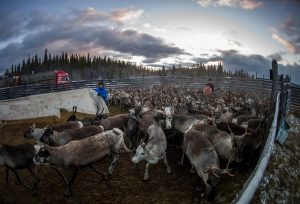 “It may be December but almost 100 miles north of the Arctic Circle there’s still not enough snow for reindeer to begin their annual migration.

“Sweden’s indigenous Sami people have herded the animals for generations, with the corral usually happening over a two-week period in November.

“But this year the tradition has been postponed because temperatures keep fluctuating above and below the freezing mark.

““Something is really wrong with nature,” said Niila Inga, 37, who lives in Sweden’s northernmost town of Kiruna. “I can’t ask my father what to do now because he hasn’t seen this; it hasn’t happened during his lifetime.”” 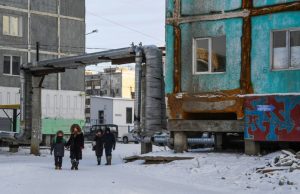 “In Russia’s Siberian city of Yakutsk, one of the coldest on Earth, climate change is causing dangerous melting of the frozen ground, or permafrost, on which the buildings stand…

“Average temperatures in Yakutsk have risen by 2.5 degrees Celsius over the past decade, say scientists at the Melnikov Permafrost Institute located here, the world’s only such research centre.” 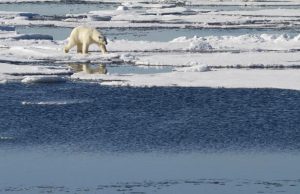 “A new study shows that the largest influx of water into the Arctic Ocean takes place in autumn and early winter and that the water is also warmest at this time of year.

“Powerful pulses of water warmer than five degrees enter the area at the time of the year when the sea ice should freeze. But even if the air temperature is far below freezing, even during the months without the sun to warm the ground, new sea ice fails to appear.”