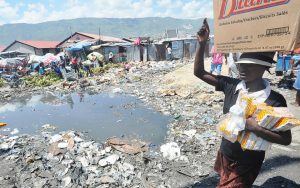 “Global temperatures have continued to rise in the past 10 months, with 2018 expected to be the fourth warmest year on record.

“Average temperatures around the world so far this year were nearly 1C (33.8F) above pre-industrial levels. Extreme weather has affected all continents, while the melting of sea ice and glaciers and sea level rises continue. The past four years have been the hottest on record, and the 20 warmest have occurred in the past 22 years.

“The warming trend is unmistakeable and shows we are running out of time to tackle climate change, according to the World Meteorological Organization…” 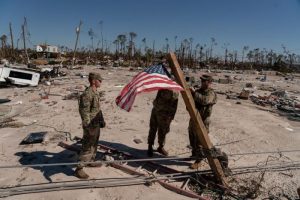 “The most notable storms of the season were hurricanes Florence and Michael. Florence, once a major hurricane, weakened before stalling above the Carolina coast in September, dumping a massive amount of rain that caused devastating river flooding. Michael, which came weeks later, intensified rapidly to near Category 5 strength before slamming into Mexico Beach on Oct. 10, reducing most of it to rubble. It was the strongest storm on record ever to hit the Panhandle and had the third lowest central pressure and fourth highest wind speed of any storm ever recorded to hit the continental U.S.” 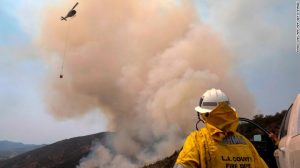 “As rain hit California on Thursday, officials prepared for the threats of mudslides and debris flows in areas affected by wildfires.

“Flash flood watches and evacuation orders were issued for the parts of California scorched by recent wildfires as possible thunderstorms threatened to increase the risk of mudslides and debris flows in those areas.” 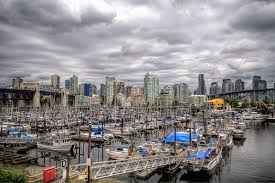 “Environment Canada says a warm air mass settled over the province in the wake of the atmospheric river, resulting in some long-held temperature records tumbling. Abbotsford saw the mercury hit a toasty 16.6 C, breaking a 2011 record of 15.1 set in 2011. 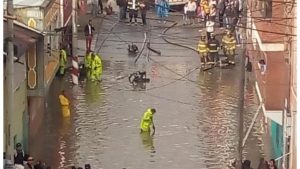 Flooding and landslides in parts of Bogota, Colombia.

Medellin got a dousing earlier this week.

“This year’s meteorological autumn is the sunniest on record [for the Netherlands]… The meteorological autumn ends on Saturday. In addition, the 19 degree temperature recorded on November 6 was the warmest November day ever recorded, weather forecaster Wilfred Janssen said. Less than half the average amount of rain has fallen between September and the end of November.” 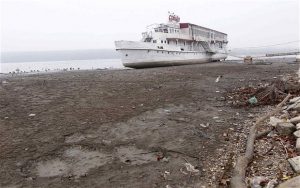 “Tourists planning a winter getaway on a romantic cruise along Europe’s rivers are facing stranded ships and long coach journeys after the dry summer left water levels at record lows.

“Holidaymakers expecting to travel between Budapest and Vienna on the serene waters of the Danube have been told they will be bussed between the cities instead because the water is too low for the cruise ships to navigate.” 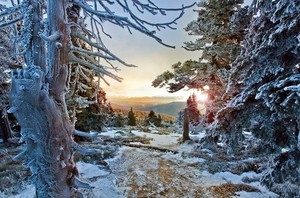 “Record low temperatures were registered in many part of the Czech Republic on Thursday morning.

“Around ten out of 147 weather stations keeping records for 30 years or more recorded new lows. The coldest place was Rokytská Slať in the Šumava mountains in South Bohemia, where minus 22.6 degrees Celsius was recorded.” 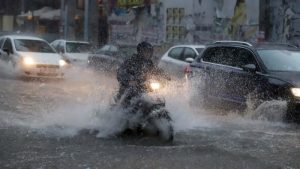 “The isle of Corfu, Karpenisi, Agrinio, Tripoli and Nafpaktos and many other areas in western and central Greece suffered severe damage this week from storm “Penelope”. The weather system, which has lashed Greece since Sunday, brought heavy rain and high winds to the entire nation. Bridges have been destroyed, towns flooded, and roads so extensively damaged that villages have been cut off from all contact with the outside world.” 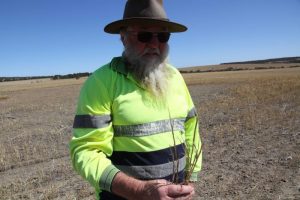 “Tony Griffiths, who has a property south of Jerramungup in Western Australia’s Great Southern, said if significant summer rains did not arrive, his farm would run out of water in two months. “At this time of the year we’re usually running 3,000 sheep and at this stage, we’re running 1,500 and I’ll be getting rid of another half of them come January,” Mr Griffiths said. “There are some farmers around here now that just about have no water, even house water.” 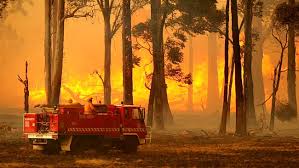 “The first ever “catastrophic” bushfire warning in Queensland, Australia, prompted a large-scale evacuation on Wednesday. The main town under threat was spared, but the intensity of fire conditions has caused concern. As the sky blackened and her horses whinnied in the smoke, Fayleen Zemlicoff debated the “very last minute” she could remain at home. Ferocious winds were flicking embers from a bushfire towards her. The smoke was so intense it was “like a volcano had gone off”, she said.” 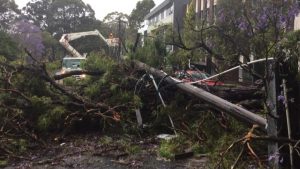 “Sydney is in mop-up mode after a “one-in-100-year” event poured more than 100mm of rain across the city. 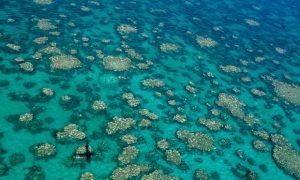 “A record-breaking heatwave in north Queensland will further increase above-average marine temperatures, heightening the risk of another coral bleaching event on the Great Barrier Reef next year, scientists say.

“Dozens of record November temperatures have been recorded in the region, most along the reef coastline, this week.

“The most remarkable was at Cairns, where consecutive days reached temperatures of 42.6C and 40.9C. The maximum temperature on Tuesday broke a November record that has stood since 1900 by 5.4C.”

“Research into the decline of humpback whale sightings in Hawaii points to a food chain disruption likely caused by warmer ocean temperatures in the whales’ feeding grounds in Alaska, federal officials have said… Data… shows a strong correlation between warming oceans and the missing whales, said Christine Gabriele, a federal wildlife biologist who monitors humpbacks at Glacier Bay National Park in Alaska.”