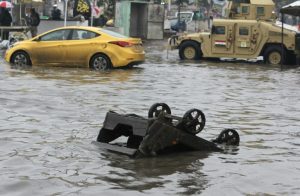 “Aid agencies and government workers in Iraq scrambled on Tuesday to support tens of thousands of displaced people caught in flooding that killed at least 21 people.

“Hundreds more were injured when rising waters swept several Iraqi provinces in the south and north over the past few days. Hundreds of homes were destroyed and tens of thousands of families displaced to safer areas, Iraqi officials and international humanitarian missions to Iraq said on Monday…

“Civil defense teams, army and police forces across the country have been placed on high alert with the floods expected to continue as water continues to flow downstream from Syria and Iran. Baghdad is also expected to be affected as the water works its way down the Tigris.

“The UN mission in Iraq said more than 10,000 people in Saladin and 15,000 people in Nineveh are in urgent need of assistance, including thousands of families living in displacement camps.

“Tens of thousands of families have lost all their belongings and are in dire need of food, drinking water medicine and hygiene kits, the World Health Organization (WHO) delegation in Iraq said on Monday.” 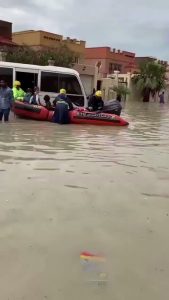 “Almost two months’ worth of rain fell in some parts of Dubai on Monday during torrential downpours that caused flash flooding and chaos across the city… During the deluge, which primarily affected Dubai, Dubai Police responded to 150 road accidents and more than 2,500 emergency calls.”

“Heavy rain has been causing many floods around different areas in Saudi Arabia, raising suspicions about the country’s infrastructure. Cars are drowning, streets closing down, and schools suspended due to high levels of water.

“Earlier this week, Saudi civil defense officers saved a group of students from drowning in rain floods in Al Dammam.” 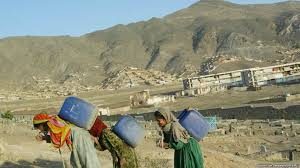 “Almost 4 million people in Afghanistan are on the verge of famine as a result of the worst drought in a lifetime, Toby Lanzer, the deputy special representative for the UN Assistance Mission in Afghanistan (UNAMA), said on Tuesday.

“”3.6 million people who what we say are in level four food insecurity. Just to be clear that’s one step away from famine. That’s how hard this drought has struck in 2018…”” 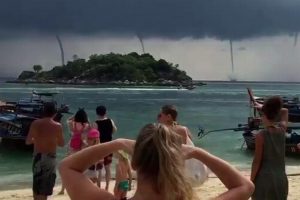 “Dramatic footage shows a quadruple waterspout stun tourists on a remote Thai island. It happened as dark grey storm clouds gathered on the beach in Koh Lipe, in the south of the country, yesterday morning.

“Weather Forecast Bureau spokesman Surapong Sarapa said a waterspout was common in the Andaman Sea coast during the rainy season but it was rare to have four of them at the same time.” 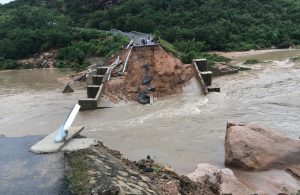 “As Usagi, the ninth storm of the year to form off the Vietnamese coast, dropped heavy rain on the south central Khanh Hoa Province, water levels rose in rivers and several locations were flooded. In Cam Ranh town, many places have been inundated. In some places, the water is several meters deep…

“Flood waters has wiped away a large section of Nuoc Ngot Bridge in Cam Lap Commune.” 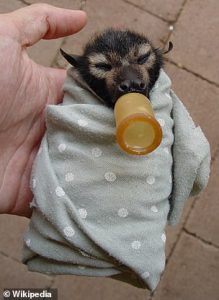 “About 1,500 people have been displaced, up to 600 homes evacuated and at least four properties lost as unprecedented bushfires continue to burn in the Deepwater National Park region, south of Gladstone [Queensland, Australia]… The Bureau of Meteorology confirmed more record-breaking temperatures on Tuesday, including maximums of 43.9 degrees Celsius in Cooktown and 42.3C in Innisfail.”

“Wildlife carers have set up a makeshift ‘triage’ to care for dozens of ‘potentially dangerous’ bats that have fallen from trees amid a sweltering tropical heat wave. The hospital was set up this week in Murray Street Park in Manoora, Cairns, in far north Queensland, after nearly 200 flying foxes were found dead.” 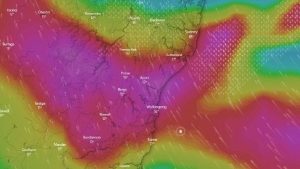 “Commuters are being urged not to drive to work on Wednesday with wild weather and torrential downpours forecast for heavily populated areas of New South Wales… Two months rain could fall in a matter of hours, forecasters have said, with Sydney rivers including the Hawkesbury, Nepean, Cooks and Georges all on flood watch.” 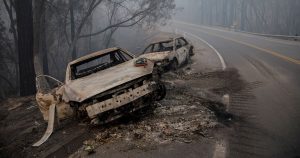 “Wildfires, floods, drought and melting snow caps — this has been California’s new normal in the past decade. The State that produces over half of America’s food has been facing extreme weather on an unprecedented scale.

“According to the California Department of Forestry and Fire Protection, Cal Fire, five of the State’s 20 deadliest wildfires on record have occurred in the past two years.” 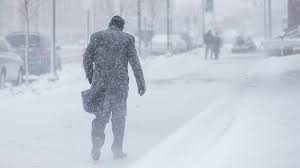 “A strong early winter storm hit the Midwest Sunday into Monday, causing widespread flight cancellations and dangerous road conditions. The storm dumped more than a foot of snow over parts of Illinois, bringing blizzard warnings across the greater Chicago area. Although the area is known for battling wintry conditions, Chicago normally just sees 1.2 inches of the white stuff during the month of November…”

“November rains have proved relentless, and a record that stood for 141 years fell Monday.” 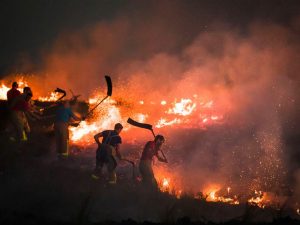 “Extreme heatwaves will scorch the UK as rising sea levels swallow large expanses of the coastline within just a few decades, experts have warned.

“In the first major analysis of the nation’s changing climate for nearly a decade, government and Met Office scientists concluded that summer temperatures could shoot up by 5.4C by 2070 if fossil fuel pollution is not slashed.” 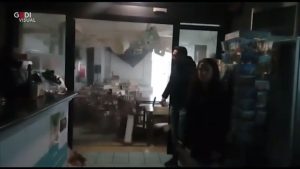 “Italy’s southern and central-southern regions experienced yet more bad weather over the weekend, with two tornadoes striking the peninsula in the space of a single day on Sunday. The area was hit by hailstorms and flooding in October, killing a young mother and her two sons in Calabria. In Capo di Leuca, a small town on the very tip of the heel of Italy’s boot, the Menamé bar-restaurant was completely destroyed on Sunday by a whirlwind…” 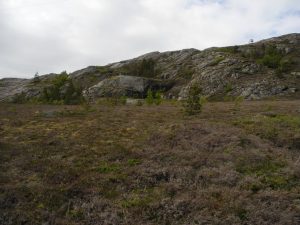 “Over the last few years Arctic scientists have reported a surprising finding: large areas of the Arctic are turning brown. This is in part due to extreme events linked to winter weather, such as sudden, short-lived periods of extreme warmth.

“These events are occurring as the climate warms, which is happening twice as fast in the Arctic compared with the rest of the planet. Extreme events are therefore happening more and more often, with increasingly severe effects – including widespread damage and death in Arctic plants.” 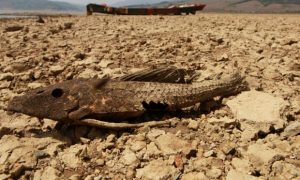 “There is a 75-80% chance of a climate-warming El Niño event by February, according to the latest analysis from the UN’s World Meteorological Organization. The last El Niño event ended in 2016 and helped make that year the hottest ever recorded by adding to the heating caused by humanity’s carbon emissions.”