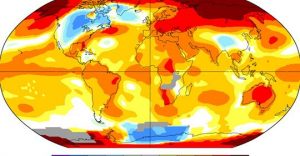 “The finding extends the planet’s hot streak to 406 straight months with temperatures above the 20th century average. Meanwhile, the last colder-than-average month occurred in February 1985. This means that no one under the age of 32 has ever experienced a cooler-than-average month on this planet.” 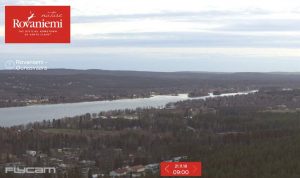 “Transun says: “Snow falls in Lapland between October and May and it is common to find thick snow cover in November and December.” But the tour operator warns: “It is also possible that there may be a period of warmer weather, especially given the effects of global warming, which may cause the snow and ice to melt before the next snowfall.”

“For the next two weeks, no snow is forecast, merely some rain on days when the temperature is expected to hover around zero.” 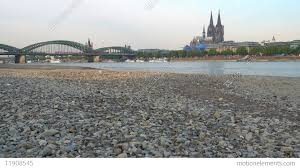 “A prolonged drought this summer has led to record-low water levels on the Rhine river, closing many parts of the key transport artery to barge traffic. With little relief in sight, the German government is seeking to loosen rules on fuel transports by road to prevent shortages. The logistics bottleneck led to production halts at Covestro AG, contributing to a profit shortfall at the German plastics maker and sending the shares tumbling on Tuesday.”

“Human influence on the climate system will have far-reaching consequences over the next 30 years with floods, droughts, storms, heatwaves and heavy rainfall all expected to become more intense and possibly more frequent. Transport and trade routes, including chokepoints such as the Panama Canal, are likely to be disrupted, affecting global markets and supply chains.” 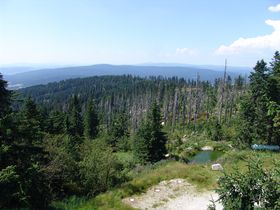 “Climate change is already strongly affecting our lives in the Czech Republic. That is the main finding of this year’s report on the environment. Among the specific impacts are droughts, heavy rains and storms, but also summer smog related to heatwaves and air pollution.” One of the most serious issues highlighted by the report is the catastrophic state of Czech forests, which is by far the worst in Europe. According to the report, over 70 percent of the country’s coniferous forests are threatened with defoliation or loss of needles.” 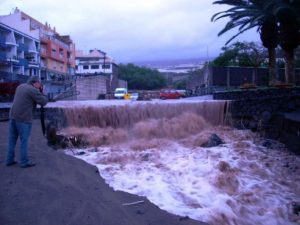 “Tenerife is facing seven inches of rain this week – days after a huge storm devastated the holiday destination with 40ft waves.

“The Spanish island was walloped by the worst storms in 40 years on Saturday, leaving cars washed out to sea and debris littered across the island.”

“Portugal’s 2018 wine harvest will be the lowest of the past two decades, according to estimates by the country’s National Statistics Institute, placing production at 5.2m hectolitres – a drop of around 22% on the previous year.

“Reduction in yields was blamed on a heatwave in August and heavy rains that interrupted harvesting in October, as well as flash floods and storms in the Douro.” 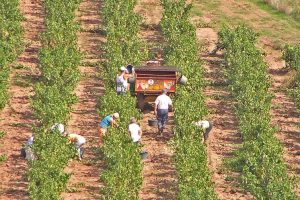 “Climate and weather can affect the timing of harvest, the amount of fruit produced and even the ultimate quality of the wine.

“And with warming from human greenhouse gas emissions already manifesting in many regions, there are concerns about how climate change will affect wine-making and the wine industry in the coming decades.” 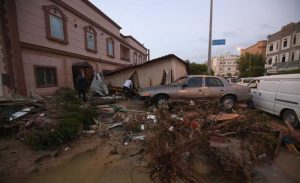 “Kuwait’s minister of state for housing affairs and services said on Tuesday that one engineering office and six companies would be excluded from future tenders after their projects were damaged by heavy rainfall. The country has seen extensive damage to roads and infrastructure linked to heavy rains and flooding in recent weeks, with government offices and banks forced to suspend operations on two separate days.” 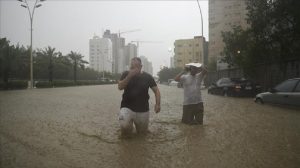 “At least 35 people have been killed due to flash floods in Saudi Arabia within the last month, according to the kingdom’s Civil Defense Authority on Tuesday.

“In a statement, the authority said the city of Makkah reported the highest number of fatalities, where 11 people were killed from bad weather.” 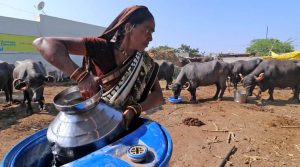 “Overall this year rainfall in Maharashtra is about 30 per cent lower than the 1210.8 mm average annual precipitation. On October 24, Chief Minister Devendra Fadnavis admitted that nearly half of the state (180 of 350 talukas) was drought-hit… Along with water scarcity as early as November has come the foreboding of a scorching summer ahead. And with rabi crop (sown in October-December) set to hit all-time low in the drought-hit districts, communities that do not traditionally migrate for work have begun to do so.” 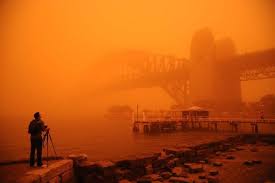 “In what looks like an out-take from Mad Max, an awe-struck pub owner has captured the moment an insane dust storm “blew away” her outback town… Sydney could find itself blanketed by a red haze later this week with the possibility of a dust storm sweeping across NSW. Forecasters are closely monitoring a system headed towards the state and associated high winds that could pick up masses of loose dust caused by drought conditions.” 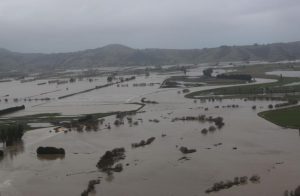 “Heavy rain which hit Otago yesterday returned to the region this afternoon. MetService has a heavy rain watch in place for areas including Oamaru, Dunedin and Balclutha for 12 hours from 2pm.

“Emergency services rescued two people from the roof of their car earlier today, after they were trapped by floodwaters.”

“Starting in February 2018, a significant decrease in precipitation led to a reduction of surface and ground water in the centre and north of Uruguay. Government figures indicated that more than 11,000 people were affected by this disaster.”

“Brazil’s São Martinho Group crushed 20.45 million tonnes of sugar cane this season, 0.6% below its forecast released in June, due to a severe drought.” 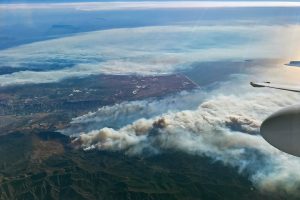 “To some people on the East Coast, California’s devastating wildfires may seem a world away. But on Monday the skies over New York City carried a grim reminder of the blazes’ massive reach. According to imaging from the National Oceanic and Atmospheric Association, plumes of smoke from the massive Camp Fire and other wildfires have traveled more than 3,000 miles in a long arc from California to the Northeast US and even out into the Atlantic.” 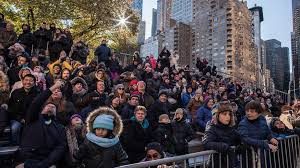 “It’s going to be a brutally cold day in the Northeast. New York will see low temperatures in the 20s Thanksgiving morning. Central Park could see its lowest Thanksgiving Day temperature since 1901. That year it got down to a bitterly cold 19 degrees Fahrenheit. Right now the forecast low is hovering between 20 F and 22 F right before sunrise.”