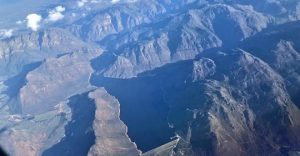 “Both the Western Cape and Cape Town dams have recorded decreases of over 1% in the last seven days, as a lack of rain in the province chips away at the water levels.

“Although the region isn’t yet in panic mode, government officials are imploring citizens to stick to their water saving requirements of 70 litres per person, per day. After the euphoria of consistent winter rains topping up the once-depleted reserves, it seems locals must knuckle-down once more…

“Citizens in Beaufort West are currently reliant on water donations and borehole supplies, whereas the Gouritz River dam has now slumped to just 17.5%.” 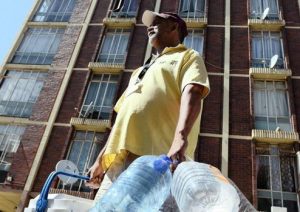 “The climate change models predicted 30 years ago are now playing out and South Africa is particularly vulnerable, an expert warns. Gauteng’s recent heatwave was “unusual” for this time of year…

“…in line with global warming predictions made more than three decades ago, according to an environmental expert.” 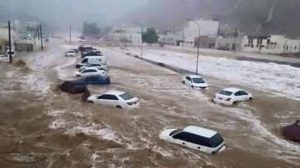 “First, the rain poured for 48 hours straight. Then, flash floods swept into the schoolyard. Morning came and the water level surged. Omar took his wife and eight children to the second floor. There they waited helplessly for hours, watching the water rise.

““I never thought the flood would reach the school,” confessed the 53-year-old, standing barefoot and wearing a scruffy shirt and sarong.

““Elderly people say they have never seen a flood like this,” he told Asia Times.”

“Afghan opium producers were hit hard by the worst drought in living memory this year and excessive supply, with output and prices falling sharply as the area under poppy cultivation shrank, an annual survey said Monday.”

“Floods have forced a herd of 11 wild elephants to flee their natural habitat and enter plantation areas located near a residential compound in Tapung district, Kampar regency, Riau province [Indonesia]. The elephants had reportedly eaten and destroyed a cassava plantation, young oil palms and other plants before they went into hiding in the bushes located some 3 to 4 kilometers from the residential area.” 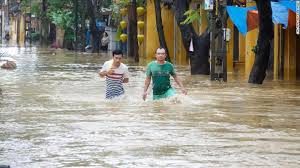 “On the heels of deadly Tropical Storm Toraji, a budding tropical storm will bring a renewed risk of flooding and mudslides to Vietnam later this week…

“Torrential rain from Toraji is being blamed for triggering the landslides. According to preliminary weather data, nearly 380 mm (15 inches) of rain inundated Nha Trang over the course of 18 hours ending early Sunday afternoon, local time.”

“Satellite analysis showed that the rate of retreat at glaciers in China’s remote western regions had more than doubled… “This is a wake-up call for China and the world,” said Greenpeace’s climate and energy campaigner Liu Junyan. “Glaciers in China supply water to 1.8 billion people, and they’re melting, fast. In just the last few months, thousands of people have been evacuated from their homes due to threats of flooding.”” 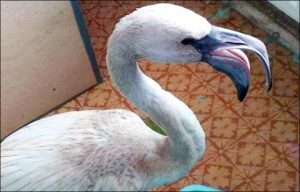 “The flamingo was on its annual migration, but lost the rest of its flock. Experts believe it took a wring turn after flying from Kazakhstan to the Arabian peninsula, a distance of some 3,400 kilometres.

“Instead the young bird got so cold it ‘froze in the air’ and crash landed on a road in the Novokuznetsky district of Kemerovo, some 1,300 km in the wrong direction.”

“Guam was placed under a tropical storm watch late Tuesday as an intensifying system makes its way closer to the area, possibly becoming a typhoon by its closest point of approach.” 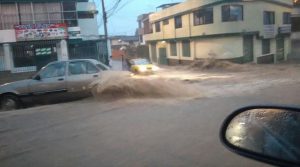 “Several emergencies occurred in Quito because of the rain, thunderstorm and hailstorm that occurred today… Also in San Roque, on Avenida Marisacal Sucre , the thick layer of hail made it impossible to transit vehicles and buses on the road that connects the south with the north of the capital. It was necessary to use a mechanical shovel to move the hail and free the track . However, the rain continued to fall in the afternoon and traffic continued to slow in the sector.” 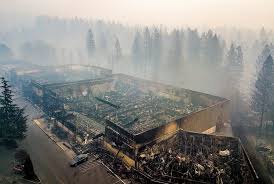 “Rain predicted for the Northern California town decimated by a deadly wildfire could cause wet ash to flow down steep inclines in the mountainous region, according to the National Weather Service. That could complicate the efforts of crews searching for human remains… The death toll from the Camp Fire rose to 79 after the remains of two more bodies were found earlier Monday; meanwhile, nearly 700 other people are unaccounted for.” 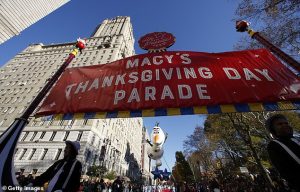 “Another blast of cold air is expected to bring one of the coldest Thanksgivings on record for some Northeast cities.

“A strong area of high pressure from the Arctic Circle will descend southward across Canada and into the Northeast, sending temperatures plummeting toward levels more common on New Year’s Day, not Thanksgiving Day.” 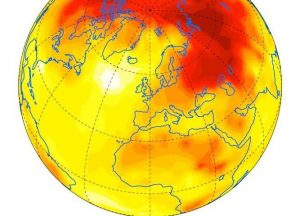 “This warming pattern, commonly referred to as Arctic amplification, is consistent with computer models, simulating the response to increasing greenhouse gas concentrations.” 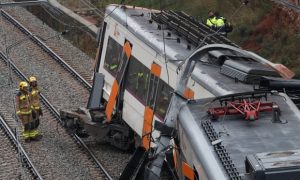 “One person has died and 44 have been injured after a commuter train came off the tracks outside Barcelona. The six-carriage train, which was carrying 131 passengers, derailed on Tuesday at 6.15am between the Catalan towns of Terrassa and Manresa due to a landslide…

“Heavy rain over the past few days in the north of Spain has caused flooding and landslides.” 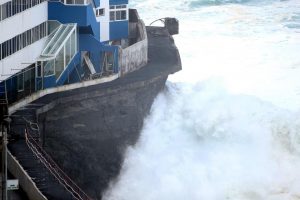 “Waves smashing into the coast of Tenerife during the weekend were so powerful they generated tell-tale signs of an earthquake. Towering 40ft waves slammed the Spanish island on Saturday night and seismic shocks were recorded by the measuring devices of the Canary Islands Volcanological Institute.” 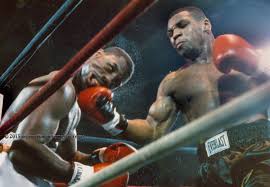 “In the not-too-distant future, disasters won’t come one at a time. Instead, according to new research, we can expect a cascade of catastrophes, some gradual, others abrupt, all compounding as climate change takes a greater toll.

“”Facing these climatic changes will be like getting into a fight with Mike Tyson, Schwarzenegger, Stallone, Jackie Chan — all at the same time.” That is how Camillo Mora, the lead author of the study released Monday in the journal Nature Climate Change, describes the numerous impacts that are expected to hit us in the coming years. He adds, “I think we are way above our heads.””