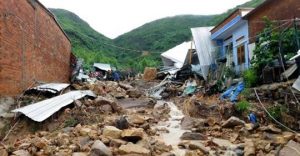 “Flash floods and landslides have killed at least 12 people in central Vietnam as hundreds of troops were dispatched to clean up destroyed villages and washed out roads.

Heavy rains have pounded the central Khanh Hoa province over the past few days as tropical depression Toraji blew in from the South China Sea, triggering landslides that wiped out houses and destroyed a small reservoir.

At least a dozen people have been killed so far while a search was ongoing for several others, an official from the provincial disaster office who refused to be named told AFP.

“We have mobilised hundreds of army troops to help people restore lives and clean up damaged roads,” he said.” 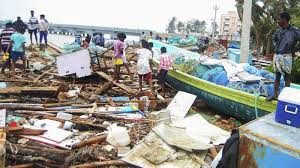 “…many of which are witnessing unrest by residents complaining about tardy government response.” 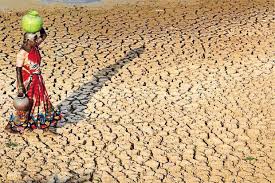 “India’s cotton output is likely to decline 11 per cent this year due to crop damage in major producing states like Maharashtra and Gujarat. The two states contribute nearly half of the cotton output in India.”

“According to the latest data from the Ministry of Agriculture, rabi crops have been sown in around 19.12 million hectares. This is 16 per cent less than the same period last year… a big reason for a drop in gram acreage in Maharashtra and Karnataka is low soil moisture due to inadequate monsoon.” 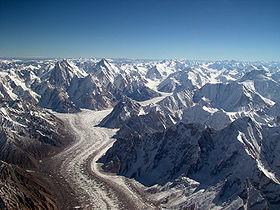 ““Our results indicate that high-elevation Himalayan glaciers are vulnerable to even minor atmospheric warming, and there are important implications here for humans as well as the planet.

“Millions of people in the foothills of the Hindu Kush-Himalaya region depend on glacier melt as part of their water resources.” 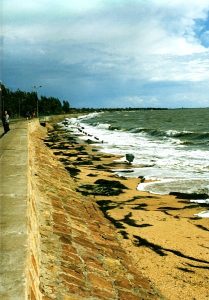 “If left unresolved, continued declining water levels in the Caspian Sea would likely spell economic disaster for nations such as Iran, Iraq, Southern Turkey and Syria.

“Winter winds carry moisture from the Caspian Sea to the watershed areas of rivers that flow through these nations and a shrinking Caspian Sea would produce steadily declining winter evaporation.”

Jair Bolsonaro’s plans for the Amazon rainforest will have far-reaching consequences: 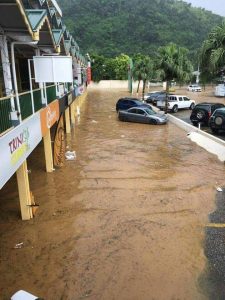 “Several parts of Trinidad have been affected by flooding following heavy rains over the past two days.”

And more due today.

“Drought and dry soil conditions widened to 100 percent of flame-whipped California from 26 percent a year earlier, providing tinder for this month’s Camp Fire conflagration — one of the deadliest wildfires in U.S. history, according to data for the week ended Nov. 13… Drought and wildfire risk loom large beyond California. Across the U.S. today, almost 45 million homes “abut or intermingle” with wild land, according to the National Fire Protection Association in Quincy, Massachusetts.” 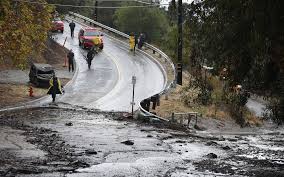 “Thousands of people displaced by California’s most destructive wildfire face heavy rains next week that could trigger dangerous floods and mudslides, while helping douse the flames.

“Hundreds of people are living in tents and cars.” 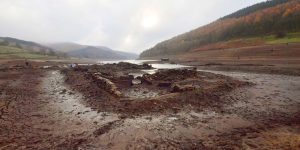 “A village in the [UK’s] Peak District, which was last inhabited during the Second World War, has reappeared 70 years after it was submerged by water… 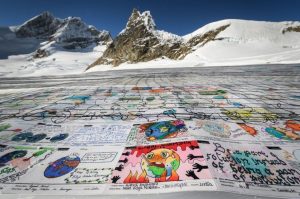 “The snow-capped majesty of the Swiss Alps has dazzled many a tourist. And on Friday, the region played host to the planet’s largest postcard. Laid out on the shrinking Aletsch Glacier, this huge mosaic is actually made from 125,000 drawings and messages about climate change.

“”WE ARE THE FUTURE GIVE US A CHANCE,” urged one poster, standing out against the snow.” 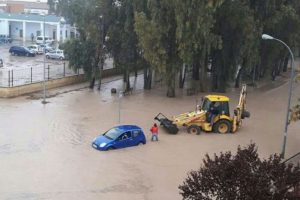 “Some 12 of Spain’s provinces are on alert today for heavy rainfall and strong sea currents.

“Valencia is expected to be worst hit, with the capital and Alicante on red warning for today. Many parts of Alicante have already flooded, with 180 litres per square metre expected in just 12 hours.” 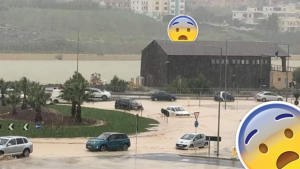 “Brown, dirty rainwater slugged along the road by the Salini roundabout this morning, following heavy rains and stormy weather that swept the Maltese Islands.

“Across Malta, flooding ensued as a result of the bad weather. As cars cautiously drove along the Coast Road, the dirty rainwater hit against their doors and bonnets.” 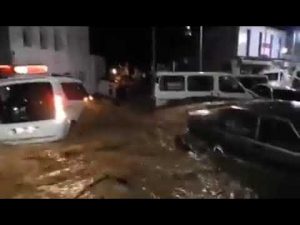 “Heavy downpours that began Saturday night in western and southwestern Turkey have caused flash floods in the Aegean resort town of Bodrum – damaging houses, businesses and dragging cars into the sea.

“The old town area was hit the hardest in yesterday’s floods, which came after around 200 kilograms of rainfall poured per square meter in the last 24 hours.” 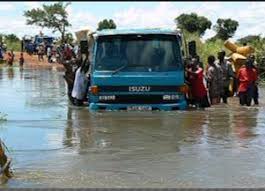 “At least five people have been confirmed dead in Uganda’s capital Kampala and the central district of Wakiso following a heavy downpour that triggered flooding on Sunday morning, a police spokesperson said. Deputy police spokesperson Patrick Onyango told Xinhua that a commercial motorcycle rider and a pedestrian were washed away in Bweyogerere and another killed along Gayaza road in Wakiso by strong floods.”