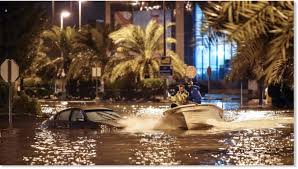 “Life in the northern Arabian Gulf state of Kuwait has come to a standstill for the past three days following the unusually heavy downpour that, according to the meteorological department, was equal to Kuwait’s average annual rainfall.

“The deluge has flooded tunnels, bridges and roads, and damaged buildings in residential areas and vehicles.

“The failure of sewage systems led to several cars being swept away.

“The cabinet suspended work at ministries, government institutions and schools in a bid to ensure people’s safety and to minimise risks of accidents and mishaps following the heavy downpour.” 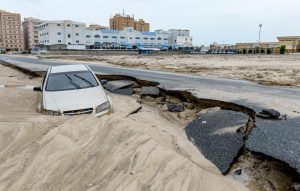 “…other cities were expected to continue having thunderstorms, including Al-Madinah in the Hijaz region, and Al-Jouf in the North [of Saudi]. 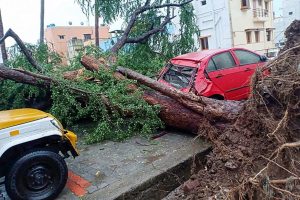 “Severe cyclonic storm ‘Gaja’, which crossed Tamil Nadu’s coast early on Friday, has claimed 20 lives. The winds due to the cyclonic storm resulted in hundreds of trees and electricity poles being uprooted in Nagapattinam and Karaikal districts.

“Other districts like Cuddalore and Puthukottai also bore the brunt of the cyclone.” 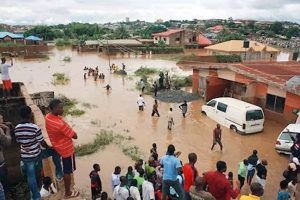 “This year, since the rainy season began in June, twelve states have been badly affected. In four of them – Anambra, Delta, Kogi and Niger – the government declared a state of emergency.

“The National Emergency management agency (NEMA), which coordinate disaster management in Nigeria, estimates that two hundred people have died so far and over 600,000 people have had to flee their homes.”

“Temperatures close to 40°C have been recorded this week in South Africa. Some of the residents in that area told OFM News they had to do without water since the weekend and when they tried to contact the Matjhabeng Municipality, no-one answered. This follows after municipal officials took to the streets on Wednesday to shut down the municipal headquarters in Welkom. When a resident contacted emergency services, she was informed that it is unsure when the water supply will be restored as municipal workers are on strike.” 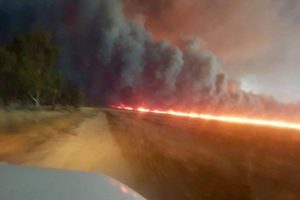 “Fires in Western Australia’s Wheatbelt have torn through grain crops, leaving a damage bill of more than $3.6 million. Up to 20 fires were sparked by lightning strikes late on Thursday as thunderstorms rolled through the Dalwallinu area. Dalwallinu Shire chief bushfire control officer Gary Butcher said about 3,000 hectares of cereal crop was lost in the largest blaze…” 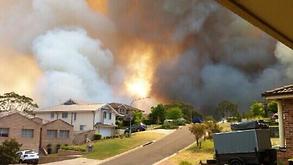 “Australia posted its second-hottest January-October period on record for daytime temperatures, with NSW having its hottest – and it was also the state’s fourth-driest start to any year, the bureau said.

“Much of the island of Saipan in the Northern Marianas remains without power and water, as recovery efforts continue in the wake of Typhoon Yutu. There are now more than 1,000 military and federal personnel on the ground removing debris and fixing schools, he said. People in evacuation centres in the Northern part of the island had been moved to centres in the South, where there was power and running water.” 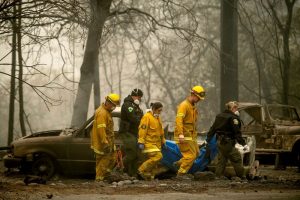 “The death toll from the Californian wildfires has soared to 65, with 631 people missing. Three devastating fires continue to rage, with search and rescue volunteers spending another day carrying out the grim task of searching for the remains of victims who perished. Ripping through more than 125,000 acres and counting, the Camp Fire blaze in the northern part of California has become the deadliest and most destructive in history.” 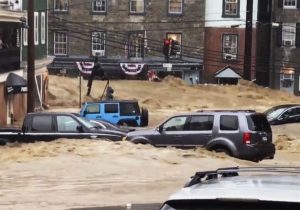 “A mix of snow, sleet and cold rain pushed 2018 over the hump Thursday — it’s unofficially Baltimore’s wettest year on record.

“Snow, ice and rain will lead to more to cause power outages and travel disruptions over a large portion of the northeastern United States into Friday.

“The storm, that already produced widespread snow and icy conditions in the central Appalachians and mid-Atlantic, will strengthen and sweep across the balance of the Northeast states through Friday morning.” 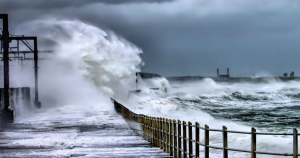 “Canada is known for having to put up with some extreme weather come the colder months of the year, but the current weather hitting the Maritimes is unlike anything many have ever seen before.

“As of now, the storm is so bad that it’s been called “the most intense storm on the planet,” by local meteorologists.” 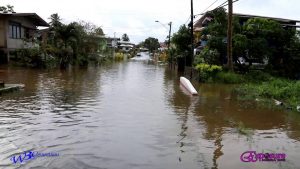 “Temperatures could hit 19C today making it a record-breaking November for Scotland this weekend – before the Beast From The East returns. Places such as Durness, Kinlochbervie, Lochinver, Scourie and Ullapool are all being tipped to feel the sun’s warmth this weekend.”

“The hottest 15 November before that was in 2006, when a high of 15.2°C was recorded, according to meteorologist David Dehenauw. The temperature could increase on this sunny Thursday…” 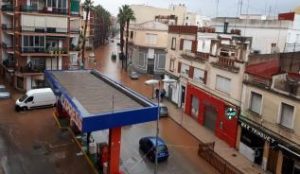 “The Valencian Government [Spain] has declared the emergency situation due to flooding in the Valencian region… after torrential rains accumulated about 200 liters per square meter in the municipality of Alzira, and have forced to cut roads, suspend classes , and have caused the overflow of rivers like the Vaca in Tavernes de la Valldigna, according to Emergencies. In the municipality of Barx, in the Valencian region of La Safor, 486 liters per square meter have accumulated since the beginning of the storm.”

“When I say the world has begun to shrink, this is what I mean. Until now, human beings have been spreading, from our beginnings in Africa, out across the globe—slowly at first, and then much faster. But a period of contraction is setting in as we lose parts of the habitable earth. Sometimes our retreat will be hasty and violent; the effort to evacuate the blazing California towns along narrow roads was so chaotic that many people died in their cars.”