Climate 15 Nov 2018 Another Deluge for Saudi 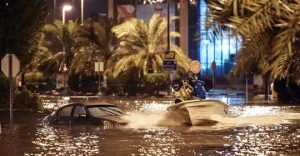 “Saudi Civil Defense urged residents in Jeddah to stay indoors as a deadly storm bringing heavy rain is expected in the Red Coast City over the weekend.

“Thirty people have been killed because of the weather in Saudi Arabia in recent days, the country’s Civil Defence said.

“Ten people died in Makkah, five in Al Baha, three each in Aseer and the Eastern regions, two each in Hayel, Jazan and Tabouk and one in Riyadh, Al Jouf and Najran.

“Another 3,865 people were evacuated from areas in danger of floods from the heavy downpour expected in the coming days.” 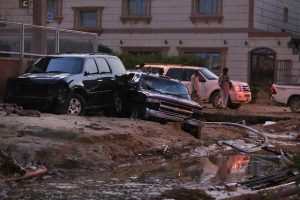 “Kuwait has been doused by heavy rainfall and flash flooding over the last week, forcing the small Gulf country to suspend road, sea and air traffic and shutter schools and government ministries.

“The country’s interior ministry announced on Wednesday that the sustained downpour forced it to close some roads in the capital, Kuwait City. Operations were also suspended at the country’s biggest seaports…”

“Cyclone Gaja is likely to intensify into a severe cyclonic storm and cross Tamil Nadu coast. The Indian Navy was Wednesday put on high alert in view of cyclone Gaja approaching the coast of south Tamil Nadu and Puducherry, officials said.” 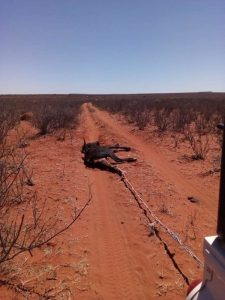 “A devastating drought continues to plague the Karoo [South Africa], with boreholes drying up and livestock dying from starvation at an alarmingly rapid rate.

“The social media page for the Strydenburg-based organisation KAIN – Karoo animals in need – showcases the realities many farmers, livestock and locals are facing due to the effects of the water shortage.”

“The Department of Water and Sanitation has raised fears that the country may end up with half the water resources it has currently, as the heatwave continues to affect dam levels.

““The heatwave in most parts of South Africa is reducing dam levels at an alarming rate and there are fears that unless it starts raining heavily, the country may end up with half the water resources it has currently,” the department said.” 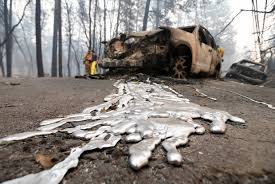 “Hundreds of people poured Wednesday into the Northern California communities ravaged by the deadly Camp Fire, searching for human remains while authorities tried to track down 130 people who are unaccounted for after the blaze.

“The staggering death toll from the fire increased to 56 as eight sets of remains were found.” 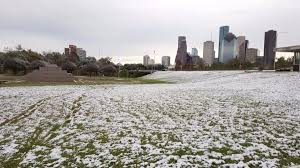 “November has begun with colder-than-average temperatures dominating much of the central United States. Record early first snows have occurred in the South. The average temperature in November’s first 13 days ranks among the coldest on record in some cities. Lake-effect snow was observed in Missouri.”

“Houston reported its earliest snowfall ever, beating places like New York City and Boston as a cold snap descended over Texas. George Bush Intercontinental Airport in Houston set a new record for the first observed snowfall, breaking one set on Nov. 23, 1979, according to a Twitter post from the National Weather Service.” 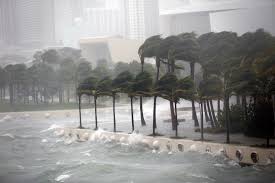 “Climate change worsened the most destructive hurricanes of recent years, including Katrina, Irma and Maria, by intensifying rainfall by as much as 10%, new research has found.

“High-resolution climate simulations of 15 tropical cyclones in the Atlantic, Pacific and Indian Oceans found that warming in the ocean and atmosphere increased rainfall by between 5% and 10%…” 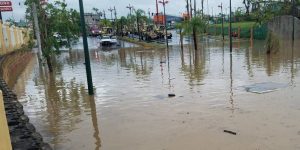 Imagine Puerto Rico could really do without additional flooding, as it struggles to recover from Maria:

“A tropical wave that affects the island at the moment has caused floods and heavy rains all day today, Wednesday… The municipality of Caguas has been one of the most affected at the moment. A video posted on social networks shows several vehicles stranded in a flood.” 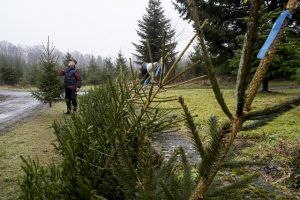 “”A very large part of my new plantation has been ruined,” said Gunner Göthner, who runs one of Sweden’s largest Christmas tree farms.

“The consequences of the dry weather aren’t likely to be seen in the number of trees this season, but will become apparent over the next few years. That’s because a typical fir or spruce taxes between five and ten years to grow, depending on the variety…”

“After completion of the potato harvest in Germany the expected low yield of the crop due to the extreme drought this summer became a reality, the German association of fruit, vegetable and potato processing industry (BOGK) says in a press release today. With only 8.7 million tons of potatoes harvested, the crop quantity reached a historical all-time low level this year…” 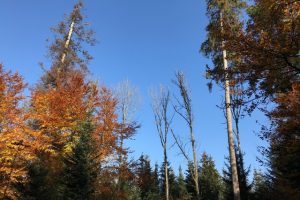 “…there are signs of stress suggesting problems that could ultimately kill some of the trees. The summer of 2018 was one of the hottest and driest in Swiss history. “I can only remember something like this in 2003. I’m not an alarmist, but no year has been as dramatic as 2018,” says Wohlgemuth, who’s been working at WSL for 30 years. “This was the first year I asked my team to make a note of local CO2 levels during their travels abroad.”” 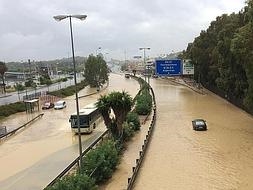 Some mind-blowing storms and precipitation events around the Mediterranean these past couple of months.

“Rain is returning to the Mediterranean region, where nine provinces were put on alert for adverse weather conditions on Thursday. Parts of Valencia are on a red warning due to “very persistent” storms that are expected to deliver 180 millimeters of rainfall in the space of 12 hours, according to forecasts by the Spanish national weather service, the AEMET. Meteorologists are also warning the downpour in Valencia province may stretch into Saturday, with accumulated rainfall of over 250 mm (10 inches).”

Did this help end the last ice age?

“A huge impact crater has been discovered under a half-mile-thick Greenland ice sheet.

“The enormous bowl-shaped dent appears to be the result of a mile-wide iron meteorite slamming into the island at a speed of 12 miles per second as recently as 12,000 years ago.

“The impact of the 10bn-tonne space rock would have unleashed 47m times the energy of the Little Boy nuclear bomb dropped on Hiroshima in 1945. It would have melted vast amounts of ice, sending freshwater rushing into the oceans, and blasted rocky debris high into the atmosphere.”