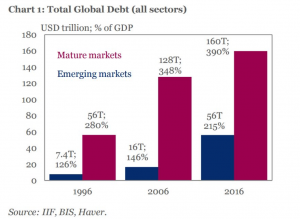 “Companies are finding it harder to issue new debt, as the volatility battering global stocks adds to existing concerns in credit markets.

“U.S. investment-grade issuance slipped 34% from September, according to data-provider Dealogic, while high-yield issuance was down 50% from October last year. Even before October’s selloff, American companies had been raising less money. By the end of September, total investment-grade issuance in 2018 was down 12% compared with the first nine months of last year, and high-yield issuance had fallen by almost a third.

“The value of new investment-grade corporate bonds in Europe was 75% lower in October than in September and down 40% from October 2017. High-yield issuance slumped 82% from a year ago.

“Credit markets had …benefited from a decade of monetary stimulus that is now being withdrawn. The European Central Bank is set to end its bond-buying program and the Federal Reserve is raising interest rates and winding down its balance sheet.” 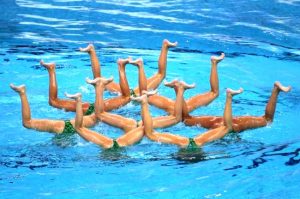 “The risk of synchronized slowdown in global growth as Europe wobbles, China sputters and stock markets around the world keep crumbling dominated the world economy this week.

“Adding to the gloomy picture, emerging markets are under pressure and central banks face fresh challenges to their independence…” 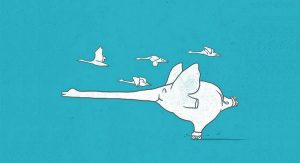 “Asian stocks surged Friday on optimism about a potential ceasefire in the trade war between the United States and China… The gains started after US President Donald Trump on Thursday talked up the prospects of a deal on trade with Beijing after speaking with Chinese leader Xi Jinping by phone… Analysts are highly skeptical that China will agree to major changes that would address the US concerns — especially at such short notice… Investors may be letting their hopes get the better of them, according to some market watchers.” 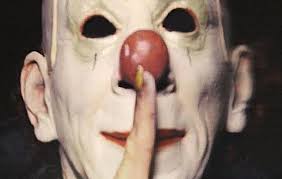 “As exporters feel the heat of the trade war, China’s powerful domestic-consumption engine was supposed to provide some protection for investors in the nation’s stocks. That’s not working out so well.

“A narrative that’s captured traders’ attention in recent weeks has been a “consumption downgrade” in the world’s second-biggest economy.”

“India’s Department of Economic Affairs (DEA) fears significant default from large non-banking finance companies (NBFC) and housing finance companies in the next six weeks if no additional liquidity support is provided to these firms, business news website MoneyControl said on Friday. The DEA, in a letter to the Ministry of Corporate Affairs, described the financial situation as “still fragile” when discussing the financial stability impact of the Infrastructure Leasing and Financial Service Ltd’s (IL&FS) default, the website said.”

“Iran is bracing for the restoration of U.S. sanctions on its vital oil industry next week, as it grapples with an economic crisis that has sparked sporadic protests over rising prices, corruption and unemployment. The oil sanctions, set to take effect on Monday, will target the country’s largest source of revenue in the most punishing action taken since the Trump administration withdrew from the 2015 nuclear agreement in May, and will also affect Iranian shipping and financial transactions.”

“JPMorgan Chase & Co. CEO Jamie Dimon said Europe could be the source of a potential financial crisis, specifically pointing to sovereign debt as a eurozone trouble spot. The “long-term health of Europe is important for the whole world,” Dimon told German newspaper Handelsblatt in an interview published Thursday. Dimon said a number of problems emanating out of Europe could morph into more severe headaches and fracture the continent’s seemingly tenuous bond.” 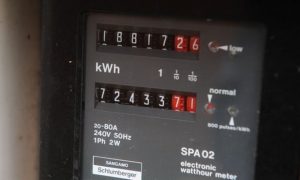 “The number of UK households already in debt to their energy supplier before winter begins has grown by more than 300,000 in the past year, according to research, with a total of nearly £400m owed to power companies.

“Consumers have been hit by two years of price hikes as wholesale costs have gone up, with some of the big six suppliers putting up tariffs twice this year.” 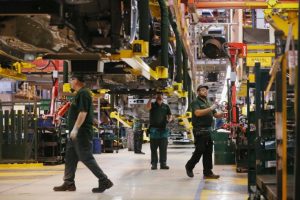 “British factories suffered their worst month since just after 2016’s Brexit vote in October, due to concerns about the country’s approaching departure from the European Union and increased global trade tensions, a survey showed…

“The reading was weaker than all the forecasts in a Reuters poll of economists. New order books and employment contracted for the first time since July 2016.” 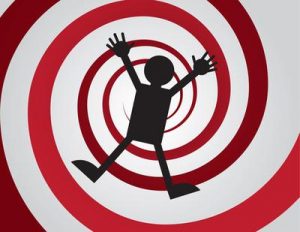 “Despite Morneau’s latest assurances, Canada may be at the front end of another downward 1970s-1990s deficit cycle, which starts with deficit spending during a period of economic growth (like we’ve seen with the current government). The government then relies on continual economic growth to try to balance the budget. Then, when the inevitable recession arrives, federal finances are thrown back into deep deficits…. federal finances spiral out of control.”

“U.S. car sales, which dropped 2 percent last year from a record high of 17.55 million in 2016, are expected to fall further in 2018, hurt by rising interest rates and the return of more late-model used cars to dealer lots… 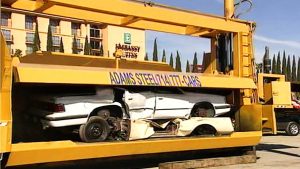