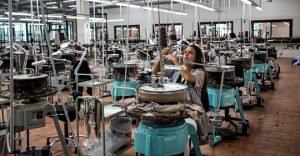 “Economic growth in the eurozone has fallen to its slowest pace in more than four years, and Italy is not growing at all, according to figures released Tuesday. The snapshot is likely to sharpen political divisions in the European Union and make the region more vulnerable to the forces rattling financial markets.

“The eurozone grew 0.2 percent from July through September compared with the previous quarter, according to the European Union statistics agency. Separately, Italy’s government statistics office said growth during the third quarter was zero as manufacturing slumped.

“Both numbers were unexpectedly poor. Eurozone growth in the quarter was only half as fast as it had been in the previous three-month period, and the rate of growth has fallen each of the last three quarters.

“Italy’s stagnation is likely to heighten the dispute between the populist government in Rome and officials in Brussels. The European Commission has said that Italy’s proposed budget — full of debt-financed welfare programs — flouts spending limits that countries in the European Union are supposed to observe.” 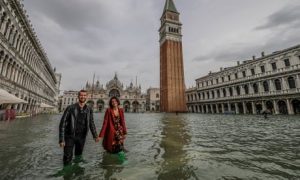 “Italian bonds dropped as disappointing economic growth and a tepid debt sale damped investor enthusiasm. The securities snapped a three-day rally after the nation’s growth stagnated in the third quarter and sale prices for 10-year debt at the Treasury auction were below market levels. The weaker average sale price reflected fragile investor sentiment after rating agencies cut their view on the sovereign’s outlook.”

“Britain’s economy will suffer rising unemployment and falling household incomes that would trigger a recession should Theresa May fail to secure a deal to prevent the UK crashing out of the European Union next year, according to analysis by the global rating agency Standard & Poor’s.

“IL&FS Transportation Network, an entity of the crippled IL&FS group, Tuesday said it has again defaulted on interest payments on six of its NCDs. The company in a regulatory filing said all the payments were due between October 29 and 30, 2018…

“IL&FS and its subsidiaries have defaulted on several debt repayments recently due to a liquidity crisis.” 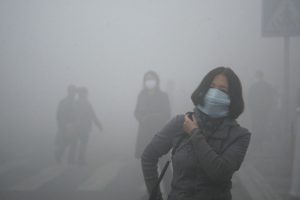 “The Chinese economy has revealed fresh signs of the pressure of a trade war with the US and a wider slowdown at home as manufacturing activity fell and the yuan was fixed at a new 10-year low to the dollar.

“China’s manufacturing sector barely expanded in October as both domestic and external demand ebbed, according to a closely watched metric released on Wednesday.” 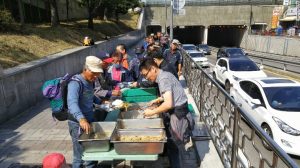 “South Korea’s factory activity in September was at its weakest since the wake of the 2008 global financial crisis amid faltering automobile segment and softening in electronics components.

“According to the Statistics Korea on Wednesday, the seasonally adjusted mining and manufacturing output in September fell 2.5 percent on month…” 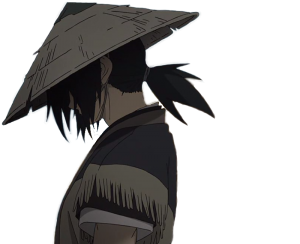 “Japan’s Industrial Output lagged in October as frictions from the US-China trade war continue to spill over into neighboring countries. The 1.1 percent decline in output was more than the median estimate for a 0.3 percent decline and follows a 0.2 percent increase in the previous month… Economists have expressed concern that high inventories of electronic parts are a sign of weak demand, which could cause manufacturers of such goods to cut future production.”

“Beef is making a rarer appearance at the dinner tables of middle-class families as Argentina spirals deeper into economic turmoil, a Reuters review of meat industry data and interviews with consumers, butchers and ranchers has found. It’s one of the clearest signs of how far Argentines have seen their purchasing power slashed by inflation, which is expected to surpass 44 percent by year’s end, according to the latest central bank poll.” 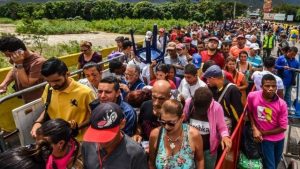 “Regional governments including Argentina, Brazil, Chile, Colombia, Mexico and Peru, met in Quito in September, where they pledged to help arrivals get permanent residence.”

“Crude oil prices have gone up high enough to begin hurting demand for the commodity, the chief of the International Energy Agency, Fatih Birol, said… Birol noted the adverse effect of higher oil prices on large emerging economies in particular, including India and Indonesia, saying, “Many countries’ current account deficits have been affected by high oil prices.” The negative effect has been compounded by a slide in local currencies as well, a development that can also be at least partially traced back to higher oil prices and their effect on current account deficits.” 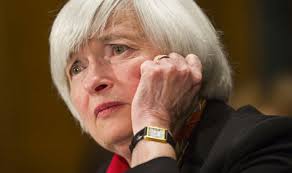 “Leveraged loans are coming under increasing fire from international regulators who are warning that loosening lender protections mark a huge deterioration in corporate lending that could pose a systemic risk to the banking sector. Janet Yellen, the former chair of the US Federal Reserve, has joined a growing chorus of regulators who are highlighting leveraged loans as a possible source of a wave of bankruptcies as the next downturn draws closer.”