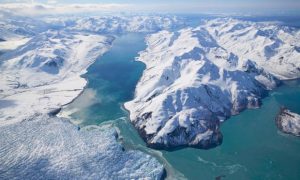 “The rate of warming in the north is double that of the average global temperature increase, concluded the US National Oceanic and Atmospheric Administration in its annual Arctic Report Card, which called the warming “unprecedented”.” 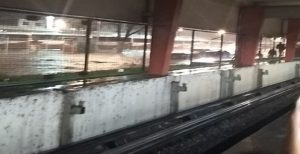 “Severe flooding in parts of Mexico DF: The heavy rain began to fall at approximately 18:00 hours and for almost an hour lashed the area, which in a matter of minutes flooded all the overpasses of Avenida Insurgentes, which caused the vehicles could not pass… the line of cars now reaches five kilometers on Insurgentes.” 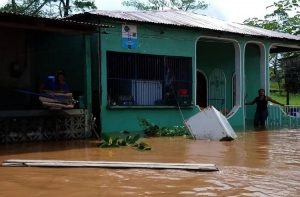 “The population of Port-au-Prince, one of the colonies of New Guinea, in the Autonomous Region of the South Caribbean Coast of Nicaragua, located 40 kilometers from the municipal seat, is alarmed due to the flooding caused by the flooding of the Chiquito River. for the rains that have fallen in the last hours.”

“A strong storm system will bring the potential for heavy rain, thunderstorms and flash flooding for the main Hawaiian islands starting Monday night through Wednesday, with a flash flood watch taking effect at 6 p.m. Monday and running through late Tuesday night.” 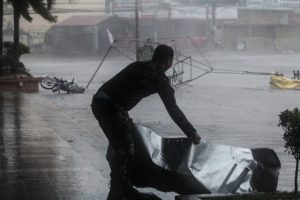 “Yutu, the 18th typhoon to hit the Philippines this year, swept across the main island of Luzon on Tuesday morning with wind speeds of 140 km per hour (87 mph) and gusts of up to 230 kph (142 mph), and was expected to exit in the afternoon. The typhoon, named Rosita by Philippine authorities, comes just six weeks after super typhoon Mangkhut dumped massive rains on Luzon, triggering landslides that killed more than 70 people. Thousands of people were preemptively evacuated on Monday.” 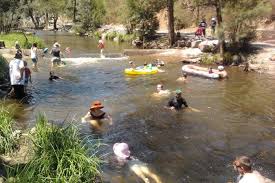 “Canberra is set for a burst of record-setting hot weather, as temperatures push into the mid-30s in the first week of November…

“If the forecast holds, it will mark the hottest temperature recorded at this time of year since the bureau started taking observations at Canberra Airport in 2007.” 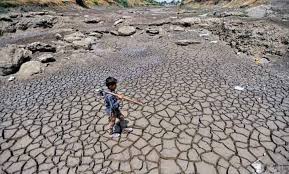 “The rainfall has deceived major parts of the western state of Maharashtra [India] this season.

“The return showers expected in September before closing out the monsoon never arrived. “My soyabean crop dried up,” says Khilche. 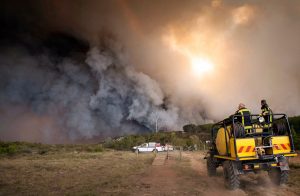 “Gale force winds were the order of the day along the Port Elizabeth coast [South Africa] on Tuesday, but Monday yielded some record temperatures over the interior… “At the last three stations, the temperatures were a record for the month October.””

“The death toll in the Southern Cape fires has increased to eight. Two women and six children burnt to death in Farleigh outside Knysna. Some of the victims are related. Meanwhile, hundreds of people have been evacuated overnight after fires engulfed parts of George and Karatara in the southern Cape.”

“Ten people have been confirmed killed… by flood in Nigeria’s southern state of Anambra, according to a local government official on Monday. Arinze Awogu, head of the Ogbaru local government area of the state, told reporters that a three-year-old child was among those killed by the devastating flood in the area since last Friday. A total of 16 communities were submerged by the flood caused by heavy rains, he said.” 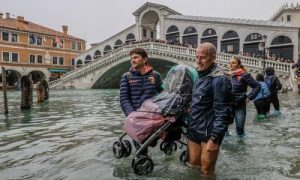 Strong winds and heavy rain have battered parts of Italy, causing nine deaths… Schools have been closed around the country and the authorities have warned against non-essential travel as the Civil Protection Agency issued multiple weather warnings… The water rose 160 centimeters (five feet, three inches) above sea level at high tide, meaning that at least 77% of the city was under water. If the tide levels are verified, the reading will be the highest since December 1979.” 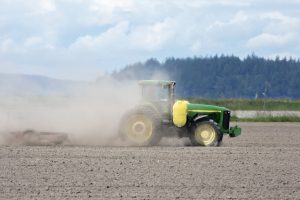 “Lithuania’s economy contracted for the first time in eight years on quarterly basis as a severe drought hurt the harvest.

“A heatwave that swept across Europe this summer damaged Lithuanian grain production, prompting authorities to declare a state of national disaster.” 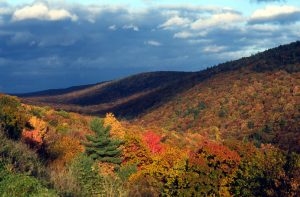 The unusually warm temperatures that bathed much of the United States for the first half of autumn had another effect aside from keeping us comfortable for a few extra weeks. The abnormal warmth kept the trees from changing colors, delaying the appearance of much-revered fall foliage for a few weeks and muting the colors that have shown up.”