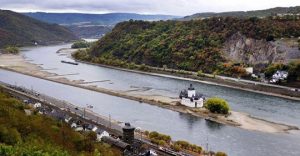 “In Lake Constance, a new island has emerged. In Berlin, a river is flowing backward. A large number of lakes and ponds are seeing dead fish along their banks. Barges are hardly being loaded so they don’t run aground.

“This is the scene in Germany after a long and dry summer has left the country’s lakes and rivers at record low levels. The levels are causing chaos for the inland shipping industry while causing environmental damage and billions of dollars in losses. Experts fear this could be a sign of what’s to come as global temperatures rise.

“In Magdeburg, the Elbe River has been so low that no ships carrying goods south to Leipzig or on to the Czech Republic have been able to pass through since the end of June, said Hartmut Rhein of the city’s waterways and shipping department.

“The river’s down to a depth less than 20 inches there when at least double that level is needed for normal shipping traffic, he said.

““At the moment the only possibility is to completely unload ships and transfer their cargoes to other means of transportation,” he said.

“The situation is similar across Germany. The mighty Rhine has hit its lowest water levels ever at several points, and other major rivers like the Danube, the Weser and the Main are all far below normal…” 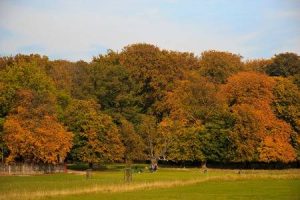 “Apparently a low pressure system from the south will bring heavy rain followed by unseasonably warm air to Denmark on Tuesday, pushing temperatures up to 18 degrees in the south, and to 16 in Copenhagen. Should it exceed 19.1, it will set a new record for October 30 (recorded in 2005), and if the system hangs around, it will have the all-time November record of 18.5 (2 Nov 1968) in its sights.” 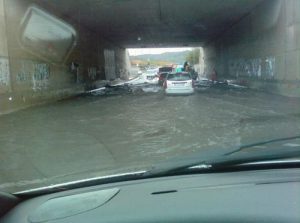 “Four people died overnight in a landslide due to a wave of adverse weather that swept Italy from north to south at the weekend, local media reported Sunday.

“A local entrepreneur and three workers — all reportedly men aged in their 40s to 50s — were submerged by a pile of earth and mud while working on a sewage pipe amid torrential rain.”

“As many as 60 people were injured as a result of flooding and mudslides in Russia’s southern Kuban region, regional emergency services told Sputnik on Saturday. 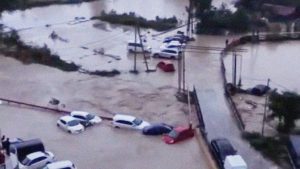 ““According to new information, 66 people were injured, six of them died, two are missing,” a spokesperson said, adding that nine people were sent to hospital.”

“Dozens of homes, shopping centers and public offices in northeastern Iraq suffered floods due to torrential rains, although no deaths have been reported so far. The worst consequences were recorded in the villages located on the slopes of Mount Qandil.”

“The northern province of Mazandaran [Iran] has experiencing the record high for unseasonably warm temperatures during autumn. Temperature raised to 39 degrees on the Celsius scale in the city of Galugah on Thursday which is unprecedented compared to the past 30 years meteorological data, according to IRNA.” 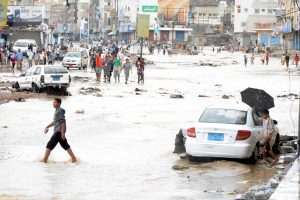 “The Yemeni government said on Saturday it is facing an “unprecedented catastrophe” resulting from a tropical cyclone that hit the east of the war-devastated country earlier this month.

“Newly appointed Prime Minister Maeen Abdul Malek said that his tours of several parts of the eastern province of Mahra and reports from local officials have pointed to an “unprecedented catastrophe”.”

“The current flooding in some parts of [Nigeria] may lead to severe food shortages with attendant implications on the economy. Following the torrential rains and severe flooding in parts of the Nigeria, the National Emergency Management Agency recently declared a national disaster as flood ravaged many states including Kebbi, Niger, Kwara, Edo, Kogi, Anambra, Rivers, Bayelsa and Delta, Taraba, Benue and Adamawa.” 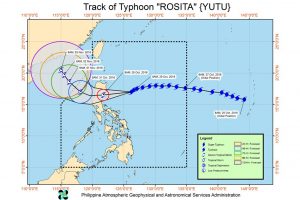 “Authorities have started evacuating residents in parts of Luzon [Philippines] as typhoon Rosita churned towards the region on Monday, threatening to unleash possible floods, landslides and storm surges.

“Rosita is expected to hit land in the Isabela-Aurora area early Tuesday, 2 days before millions of Filipino Catholics troop to cemeteries to honor their dead during the All Saints’ Day and All Souls’ Day holidays.” 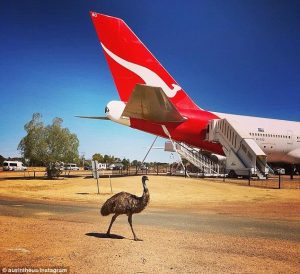 “Australia’s north is continuing to endure a monstrous heatwave, with no relief in sight. Central Queensland registered 40C temperatures for the tenth consecutive day on Sunday, but the area will see extreme heat until Thursday.

“The soaring temperatures shattered October records that had been in place for the region for more than 120 years, with one regional town topping out at nearly 44C.”

“Some airport and shipping access has returned to a U.S. Pacific territory ravaged by a super typhoon, but tens of thousands of residents still without power and sifting through rubble face a long road to recovery. 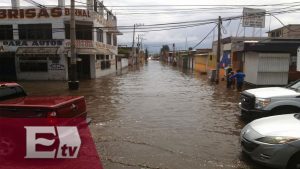 “”Did the water come strong? Yes, look, a meter. Did the water get into your houses? Yes it came to the top. Did the furniture get wet? Everything, everything is flooded. The chairs danced, “said Miguel Ángel Sánchez.

“The municipality of Ecatepec , State of Mexico, was one of the most affected.” 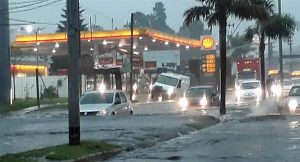 “An intense storm of heavy rains and winds left this Saturday morning flooded streets in the Federal Capital and Greater Buenos Aires [Argentina], where the National Meteorological Service kept the warning alert for hail fall.

“In some Buenosairean neighborhoods and in localities of the conurbano there were floodings of streets and accesses, due to the great quantity of water fallen in very little time.” 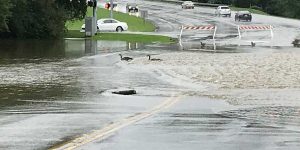 “2018 is on track to be the wettest year on record in Louisville, according to the National Weather Service.

“Through Friday, Louisville has received 57.02 inches of precipitation, which is 20.05 inches above normal for this time of year, NWS Louisville offiicials said.” 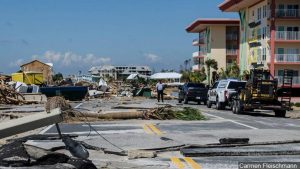 “Florida authorities have linked six more deaths to Hurricane Michael, raising the state’s death toll to 35. The storm’s overall death toll now stands at 45, with 10 deaths in other states.” 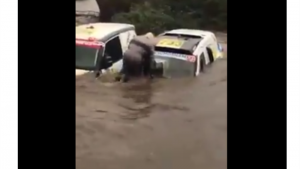 “…heavy rain that hit the area of ​​Portalegre [Portugal] had caused sudden floods. Several vehicles of the Baja Portalegre 500 race were practically submerged…”

“Every major city in Europe is warmer in the 21st century than it was in the 20th and Andalucia has experienced one of the highest temperature hikes on the continent. In Malaga, Cordoba and Granada the average yearly temperature in the 21st century was at least 1.5°C higher than in the 20th century, according to an investigation by the European Data Journalism Network.”