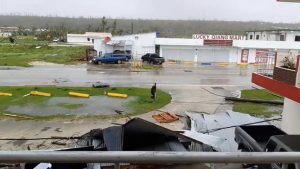 “Footage from the Northern Mariana Islands shows roofs ripped off houses, flooding and what looks like a shipping container flung on top of a row of cars. NASA estimates that Super Typhoon Yutu struck the U.S. territory with wind gusts up to 219 miles per hour…

“Yutu is the latest in a series of tropical cyclones that have intensified incredibly quickly, strengthening from a category 1 to category 5 storm in under a day.” 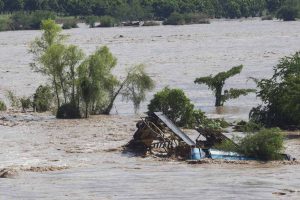 “Emergency workers struggled to reach beach towns left incommunicado by a blow from Hurricane Willa on Wednesday, and the storm continued to force evacuations due to fear of flooding even as it dissipated over northern Mexico.”

“At least 10 communities in the area have been cut off. Heavy rain brought by Tropical Storm Vicente caused flash flooding and mudslides that claimed the lives of 12 people over the past four days.”

“It’s as if Hurricane Maria had happened again.”

“In this way the mayor of Utuado, Ernesto Irizarry Salvá, referred to the heavy rains that have fallen in the past days in his municipality [of Puerto Rico]. 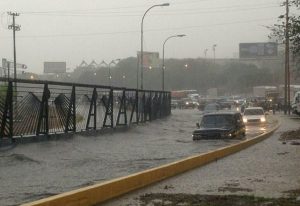 “Venezuela is being ravaged by heavy rain and flooding which have led to landslides and the collapse of sewer systems in different parts of the country. The director of Venezuela’s Civil Protection — Randy Rodríguez — said Tuesday that 47 shelters have been enabled in the most affected states… The Venezuelan capital of Caracas has suffered substantial damage, as the city’s Guaire River has severely over flooded.”

“The heavy rains that have fallen in the capital of Paraguay during the last days , have provoked strong floods and the activation of the red alert. 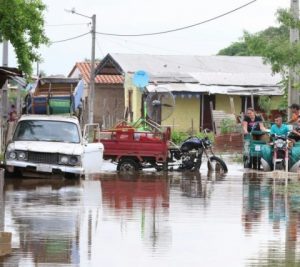 “The Municipal Board of Asunción agreed in its ordinary session to declare the city in a state of integral emergency for 90 days as a result of the floods suffered in the Paraguayan capital in recent days.”

“”If warming trends continue, Quelccaya [Peru], which until recently was the world’s largest tropical ice cap, will have reached a state of irreversible retreat by the mid-2050…

“Once the melting reaches the glacier’s summit – its demise will be inevitable.” 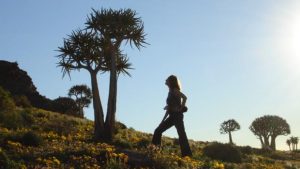 “In the early 2000s, Wendy Foden discovered one of the first examples of the impact of climate change on nature: the iconic, long-lived quiver trees of the Northern Cape and Namibia were dying off from regional warming and water constraints.

““That was a really big deal globally. Everyone got really excited…” But less than 20 years later such impacts are commonplace…” 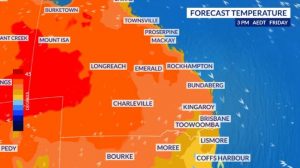 “…in some inland areas [of Queensland], heat records that have stood for more than 120 years may about to be shattered… It comes after a tumultuous few weeks of weather in the state with flooding rains followed by heatwaves. On Wednesday, Toowoomba was on the receiving end of a short but intense hailstorm.”

“Despite heavy rain lashing parts of [Australia] in recent weeks the big dry is far from over — and according to the Bureau of Meteorology, the hard times are set to continue.”

“The dream spring weather is about to come crashing down [New Zealand], with rain and a cool southerly change spreading up the country today… Hanmer had its warmest October temperature on record at 28.6C.” 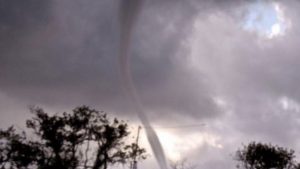 “The same energy in the atmosphere which created the severe thunderstorms and tornadoes also fueled several separate water spouts over the Rhode Island and Massachusetts waters.

“Some beautifully dramatic photos and videos!” 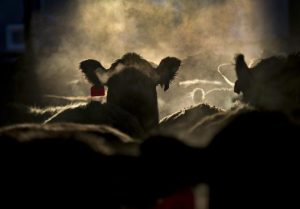 “With pastureland scorched, feed costs have skyrocketed. The past decade of setbacks has shrunk Canadian herd to 30-year low.

“A scorching drought in Canada’s heartland that made grass worthless for feed is causing farmers to consider culling as much as 20 percent of the national cattle herd before winter in a “heartbreaking” nationwide effort.” 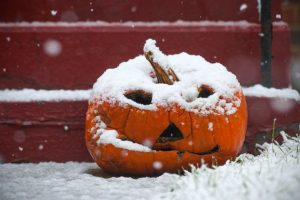 “Scotland is set to face a ‘white Halloween’ next week, with snow and Arctic winds expected to last until next month. Forecasters are warning Scots to prepare for the coldest Halloween in almost 100 years, as temperatures drop to -5C in remote spots, with potential to reach below -8C as snow covers Scottish hills. But the already freezing temperatures will be made to feel even colder as bitter Arctic winds and snow sweep in from Friday.” 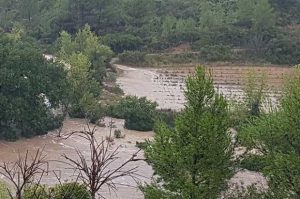 “French president Emmanuel Macron has promised 80 million euros of aid to the inhabitants of the Aude region in France’s Languedoc-Roussillon, where 14 people have been reported killed and some early estimates suggest total damage to property could be up to 200 million euros… On Monday, president of the Aude Winegrowers Union (Syndicat des Vignerons de l’Aude) estimated that 40% to 50% of the region’s vineyards were affected by the floods.” 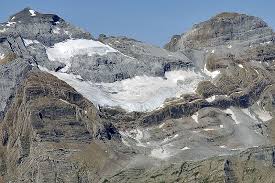 “From the Andes to the Alps, the Himalayas to the Antarctic, the overwhelming majority of the Earth’s glaciers are melting at a rate unprecedented – at least since records were first made. But the thaw is particularly intense in the Pyrenees where it is causing more of a wholesale disappearance than a mere retreat. Thirty-three of the 52 glaciers that were here in 1850 have gone, most of them after 1980.”

“A potent storm will bring the risk for flooding and mountain snowfall to parts of southern and central Europe this weekend. Areas from Spain to Poland and the Balkan Peninsula will be impacted by this large and powerful storm system; however, its greatest impacts will be felt from southeastern France into northern and central Italy as well as western Slovenia and Croatia.” 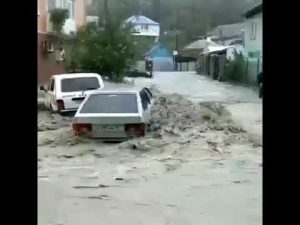 “The Russian city of Tuapsé, on the coast of the Black Sea, has been strongly affected by the intense floods that hit southwest Russia on Wednesday, so authorities have declared a state of emergency in the region, local media reported. It is detailed that many inhabitants had to be evacuated due to the increase in water level, which reached the height of the windshield of the vehicles.”

“Israel on Thursday was bracing for its first winter storms of the season, with heavy rainfall, strong winds, and flooding expected across the country.

“Flash flood warnings were issued in the south, as rain began to fall in the region on Thursday morning and was expected to spread throughout the day.” 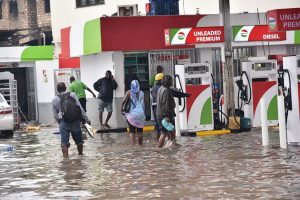