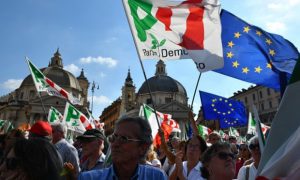 “The Italian deputy prime minister, Matteo Salvini, has threatened to sue Jean-Claude Juncker for damages, accusing the EU president of pushing up Rome’s cost of borrowing by likening Italy to Greece.

“Salvini, who is also Italy’s interior minister and leader of the far-right League party, was speaking after Juncker’s comments helped send the yield on Italian benchmark bonds to a four-and-a-half year high of 3.4%, while shares in Italian banks plunged.

“He said: “The European commission president Juncker, by equating Italy with Greece, sends the spread [gap] crazy. He could have spared us that.”

“Salvini added: “He should drink two glasses of water before opening his mouth, and stop spreading non-existent threats. Or we’ll ask him for damages.”

“Juncker said earlier this week that the Italian governing coalition’s pledge to press ahead with a budget deficit that will breach European Union rules threatens the euro’s existence.

“Salvini said Brussels was exaggerating the impact of Rome pushing ahead with its planned 2.4% budget shortfall for at least the next three years.

“He said the rising cost of financing Italy’s debts was the fault of EU officials who had spooked investors and increased the gap, also known as spread, between Italian and German borrowing costs.””

The Italian deputy prime minister, Matteo Salvini, has threatened to sue Jean-Claude Juncker for damages, accusing the EU president of pushing up Rome’s cost of borrowing by likening Italy to Greece.

Salvini, who is also Italy’s interior minister and leader of the far-right League party, was speaking after Juncker’s comments helped send the yield on Italian benchmark bonds to a four-and-a-half year high of 3.4%, while shares in Italian banks plunged.

He said: “The European commission president Juncker, by equating Italy with Greece, sends the spread [gap] crazy. He could have spared us that.” 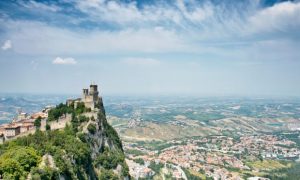 “Leaders of the medieval enclave of San Marino are preparing to ask the International Monetary Fund for a €250m (£222m) loan to bolster its banks, still weighed down by bad debts 10 years after the global financial crisis.

“The microstate, which is landlocked within central Italy, has struggled to recover from the effects of the 2008 crisis…” 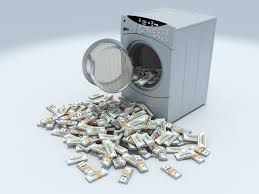 “After living through the crisis of 2008, and the populist wave that followed, some of Denmark’s most prominent political figures say it’s now imperative that voters aren’t left with the same sense of indignation that they felt roughly a decade ago.” 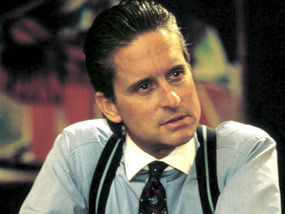 “In handing down his interim report last week at the financial services royal commission, the Honourable Kenneth Hayne was damning in his criticism of the behaviour of Australian bankers.

“It wasn’t a lack of laws, guidelines or codes of conduct that led to the richest banks stealing from the poorest Australians, the commissioner argued, it was simply greed.” 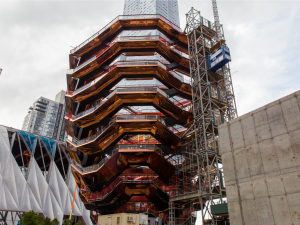 “But even the cheapest [Manhattan] homes are now struggling to sell, according to a report released Tuesday by Douglas Elliman Real Estate. It found that the number of sales fell for a fourth straight quarter, by 11%, during the July-September period on a year-over-year basis. The lower end of the market is starting to soften too in an indication that a reset is taking place, according to the author of the report, Jonathan Miller, the CEO of the real-estate appraiser Miller Samuel.” 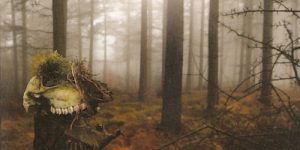 “Past 2020, “it’s really going to hit the fan,” Caranci said. “At that point you have high level of indebtedness combined with income stress happening simultaneously.

“So we are definitely not out of the woods.” The next recession for Canada will be different than the previous because it will be “a household led recession,” Caranci said.” 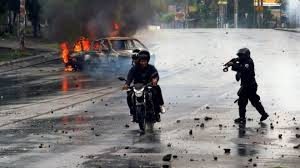 “Although Nicaragua’s Central Bank has not yet publicly acknowledged it, the country will fall formally in recession as of today, October first, when two consecutive quarters are completed without the Gross Domestic Product (GDP) showing signs of growth.”

“For years, Venezuela has been in the headlines for its economic woes, including chronic shortages of food and medicine. Inflation may hit the one million per cent mark this year and 2.3 million people have fled the country, becoming economic refugees. 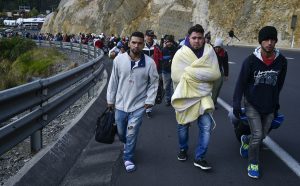 “The government of Nicolas Maduro has responded with a raft of policies – some of them very unorthodox – to try to deal with what is arguably the worst economic crisis of the decade.”

“”It (the polarisation) worries me a lot … there is much radicalism going on and it is something very sick,” Analice Moreira, a market stall holder, said. “I ask God to change this, because the country is broken and I’m afraid,” the 56-year-old added. Rising crime rates, a faltering economy and several high-level corruption scandals have unsettled Brazil in recent years.” 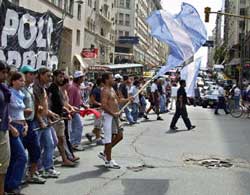 “Economists predicted inflation in Argentina would reach 44.8 percent by the end of 2018, compared to an expected 40.3 percent estimated last month, a central bank poll showed on Tuesday.

“Economists also expect Argentina’s gross domestic product to contract 2.5 percent by the end of 2018 compared with a previous estimate of a contraction of 1.9 percent last month, the monthly poll said.” 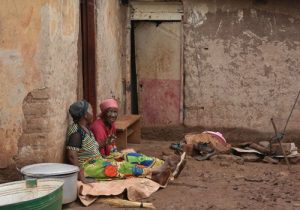 “Risks to Zambia’s inflation have heightened as the copper producer effects a long overdue fuel price hike effective midnight of 02 October… The kwacha has lost 22% in value year to date as dollar demand soared in light of negative sentiment and a strong dollar environment. The rise in pump prices is expected to cause a spiral cost push effect that will push inflation higher.”

“Bahati explained that the increase in public debt reflects the increased government budget priorities which he said have necessitated an increase in the level of government debt since Uganda’s tax revenue efforts have remained stagnate. “It has left no option for government to finance its programme in order to achieve its objectives as set out in the national development plans and the NRM manifesto other than by debt.””

“Interestingly, as analysts have pointed out, a slump in oil prices usually tends to trigger a crisis in the banking industry in these parts. For instance, in the wake of the 1998 oil slump, 28 banks went under. Also, following a sharp drop in the price of oil in 2009, the Nigerian economy, which depends on oil exports for over 90 per cent of government revenue, was severely impacted, resulting in a crisis that led to 10 banks collapsing and CBN intervening in a major way to restore stability to the industry.

“Similarly, on September 21 this year, CBN at a joint press conference with the Nigeria Deposit Insurance Corporation (NDIC) announced the revocation of Skye bank’s operating license as well as the establishment of a bridge bank, known as Polaris Bank, to immediately assume the assets and liabilities of the then ailing lender.” 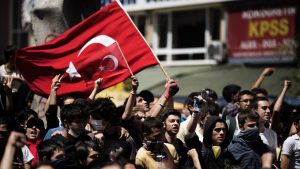 “The International Monetary Fund (IMF) has called for further monetary tightening by Tunisia to tackle the North African country’s record levels of inflation. Tunisia’s inflation rate stabilized at 7.5 percent in August, unchanged from July, after hitting 7.8 percent in June.”

“Turkey’s rate of inflation surged to nearly 25 per cent last month as the crisis engulfing the country’s currency hit consumers with huge increases in prices… Turkey’s lira has lost 40 per cent of its value so far this year amid the dispute, and now shoppers are feeling the effect, according to data from the Turkish Statistical Institute.”

“An increase of 44.4% was registered in the Producer Price Index in the Iranian month of Shahrivar (Aug. 23-Sept. 22) compared with the similar month of last year, the latest report of the Central Bank of Iran announced. The PPI (using Iranian year to March 2017 as the base year for the first time) stood at 157.8 in Shahrivar, indicating a 9.4% rise compared with the previous month.” 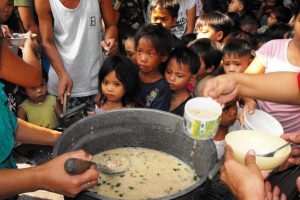 “Philippine annual inflation rate likely continued to climb in September, keeping the pressure on the central bank to raise interest rates further to prevent consumer prices from spiralling out of control. The consumer price index in September was seen to have risen by 6.8 per cent, a Reuters poll of 12 economists showed, faster than the 6.4 per cent increase reported in August, due to rising global oil prices…”

“South Korean money market funds (MMFs) have suffered huge capital outflow due to growing worries over a financial crisis in Turkey, data showed Wednesday. The MMFs had a combined 91.27 trillion won (US$81.5 billion) under their management as of Friday, the lowest since January 5, 2015, according to the data from the Korea Financial Investment Association.” 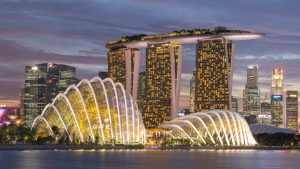 As a global trade hub, Singapore is a canary in the coalmine:

“The private sector in Singapore slipped into contraction in September, the latest survey from Nikkei revealed on Wednesday with a PMI score of 49.6. That’s down from 51.1 in August, and it falls beneath the boom-or-bust line of 50 that separates expansion from contraction. Individually, there were sharp declines in both output and new orders – while export sales also tumbled further.”

“Directors and top executives of Infrastructure Leasing and Financial Services Ltd (IL&FS) desperately pleaded with government officials and the central bank for an urgent bailout just days before the centre moved in to seize control of the debt-laden financier, two people with direct knowledge of the matter said. “We are in dire straits… please help us,” Hari Sankaran (the ousted vice chairman and managing director of IL&FS) told finance ministry officials as recently as 10 days ago…” 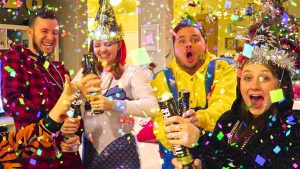 “Risk premiums on U.S. junk-rated bonds have tumbled to the lowest level since the start of the global financial crisis, in a move that signals to some that markets are in the late stages of a long bull run. A dearth of fresh supply, as well as continued investor inflows and rising U.S. government-debt yields, helped push the yield spread on sub-investment grade U.S. bonds over benchmark Treasuries to 3.09 percentage points Monday — the lowest since July 2007.”