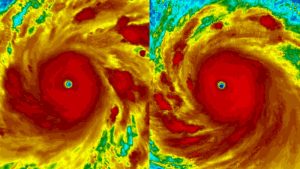 “Hurricane Walaka and Super Typhoon Kong-rey are out there staring down satellites, and by extension, their human creators. The storms underwent a dramatic transformation Sunday night into Monday and are now the two strongest storms on the face of the Earth.

“Both underwent rapid intensification, a meteorological process where cyclones’—the generic name for hurricanes and typhoons—wind speeds crank up at least 35 mph over a 24-hour stretch. Walaka, situated in the Central Pacific, was officially a Category 4 storm with winds of 150 mph as of 11 a.m. Hawaii Standard Time, though meteorologist Ryan Maue estimated that based on satellite observations, it was likely much stronger by mid-morning local time.

“Meanwhile Kong-rey, churning in the Western Pacific about 200 miles southeast of Taipei, was packing sustained winds upwards of 155 mph, the equivalent of a strong Category 4 hurricane. It could menace Japan late this week, continuing a string of rotten weather luck that’s plagued the country all year…

“Assuming the storms continue to strengthen and officially obtain Category 5 status, they would become the first pair of Category 5 storms ever recorded at the same time in the Pacific, according to Masters.” 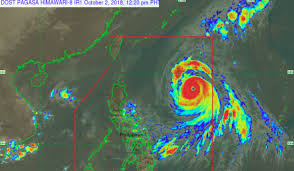 “Typhoon Queenie has further intensified, but will not make land in any part of the Philippines, state weather bureau PAGASA said early Tuesday. PAGASA weather specialist Ariel Rojas said the trough of the typhoon, however, may dump rain over the eastern section of the country… The 17th tropical cyclone to enter the country this year, Queenie currently packs maximum sustained winds of 190 kilometers per hour (kph) and gusts of up to 235 kph.” 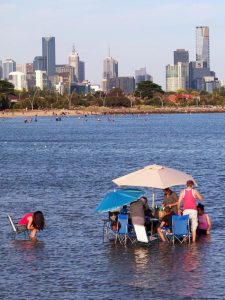 “Melbourne shattered a heat record in September, experiencing its warmest ever, National Weather Service meteorologists said. Residents there also experienced the second driest September ever. The average temperature for the month was 83.6 degrees. The previous record was 82.4 degrees set in 2017 and in 2007…”

“Australia’s food bowl, was on track to have its driest calendar year since 1902. “The signal in the outlook (from October to December) that’s really strong is warmth,” Trewin said. Daytime temperatures in September were 1.41 degrees Celsius above the average between 1961 and 1990… Bushfire season has begun early across much of Australia as a result of a warm, dry winter.” 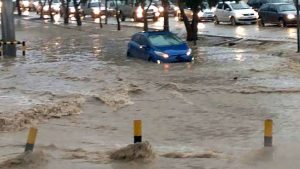 “Deserts aren’t supposed to get much rain, but Tropical Depression Rosa is flipping the script. Rosa is spreading its heavy rainfall over land Tuesday across Mexico’s Baja peninsula and into the United States, with more than 11 million people under a flash flood watch in the Southwest… It’ll drench Baja California with 3 to 6 inches of rain, with some spots getting up to 10 inches, the National Hurricane Center said.” 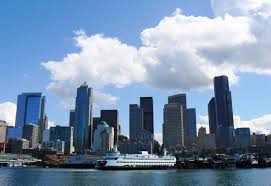 “Seattle has only amassed 2.04 inches of rain since May 1, making it the driest May-September on record, beating 2003’s record of 2.94 inches. The average is 6.59 inches. But even more impressive: It’s the driest 5-month stretch of weather at any time of the year. The previous driest stretch was 2.06 inches set in June-October 1987…” 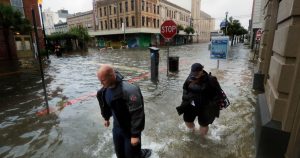 “Perhaps most unusual about the September rains in Galveston is that it hasn’t been accompanied by a major tropical storm or hurricane. In 2017, Hurricane Harvey flooded the island for several days with intense, focused ferocity, but this year the rains were persistent and steady over an extended period.” 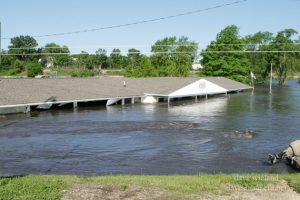 “Many Iowans turning their calendars to October today are hoping this month will be much drier than September. State Climatologist Justin Glisan says several cities recorded their wettest-ever September. “In fact, the Waterloo Airport record their wettest month on record of any month.”

“If anybody can withstand the heat, it’s Floridians. But for how long? Last month was Tampa Bay’s hottest September on record, producing record-high temperatures on seven different days. The trend of record and near-record highs doesn’t appear to be slowing down, either, according to the National Weather Service.” 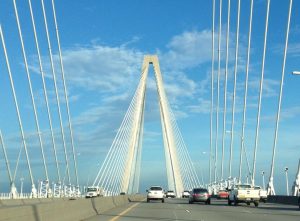 “September was hotter than ever in Charleston, federal meteorologists said Monday, continuing the trend of “warmest” records being broken in South Carolina and worldwide… It was nearly 2 degrees warmer than 2016, the next warmest September, according to figures compiled by the Weather Service office.”

“North Carolina has suddenly become a hot spot for some of the largest mosquitoes in the country — known as “mega mosquitoes” — due to the rancid puddles left behind by Hurricane Florence. USA Today called it an “outbreak” and described them as “blood-thirsty,” “aggressive” and “monstrous pests.”” 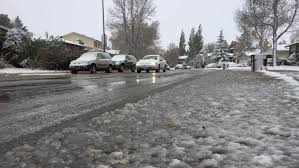 Meanwhile, displaced polar air penetrates parts of Canada: “September 2018 was way colder than normal in Saskatoon with temperatures trending a whopping four degrees cooler than normal overall. Most of that was on the daytime high side of the scale with the mercury averaging out an impressive 5.4 degrees cooler than seasonal with overnight lows 2.5 degrees below normal.” 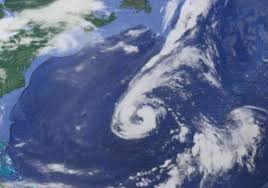 “Tropical Storm Leslie, which currently hovering over the mid-Atlantic, has the potential to pose a threat to the UK, forecasters have warned. Expected to develop into a hurricane as it reaches warmer waters, the storm front is currently moving in a southwesterly direction towards Bermuda and the eastern United States. America’s National Hurricane Center has however suggested it could be about to perform an abrupt U-turn and head for the British Isles.” 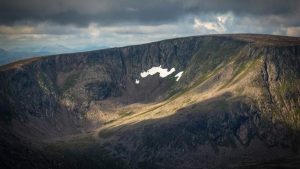 “A stubborn pocket of snow known as “Scotland’s glacier” has melted away for the second consecutive year despite only thawing a handful of times since records began in the 1800s.

“The snow-patch at Garbh Choire Mor on Braeriach in the Cairngorms — which is renowned for its lack of sunlight — has never defrosted two years in a row before.”

“Denmark’s agricultural sector is set to record huge losses after grain harvests produced the lowest output since 1983. With only minimal amounts still to be registered, the total harvest of grain for 2018 will reach around 6.5 million tonnes, according to industry representative organisation Dakofo. “The figure represents a ten million tonne or 35 percent reduction in comparison with 2017.” 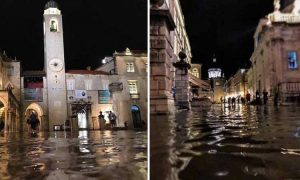 “Summer ended with a bang in Dubrovnik as an explosive thunderstorm struck the region last night. Torrential rains started falling at around 4.00 am and lightening hammered down all around the city.

The rains fell so heavily that they caused instant flooding.” 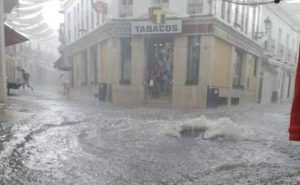 “In just fifteen minutes yesterday afternoon (Monday) a powerful storm ripped through a popular tourist resort in Andalucia in southern Spain sending flood water cascading through the streets. A powerful combination of rain and hail buffeted the coastal town of Nerja in the Axarquia, at around 5.30pm.” 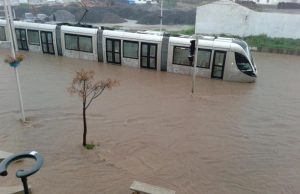 “On Friday, September 28, the provinces of Rhamna and Al Haouz in the Marrakech-Safi region experienced heavy rainfall and thunderstorms, killing one man from Al Haouz, two women from Sidi Ifni, and a man and a child from Rhamna… Following the floods, which raged Friday to Sunday, the Directorate of Meteorology warned citizens not to approach riverbanks in the coming days, as more heavy rainfall is forecast in the regions.” 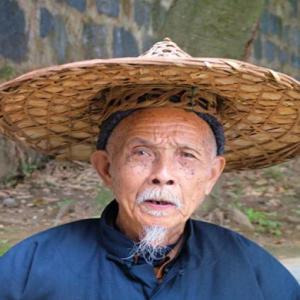 “Economic losses caused by drought in China may double if the global temperature rises by 1.5°C to 2.0°C above pre-industrial levels, with increasing drought intensity and areal coverage across China, a new economic assessment study by Chinese scientists found… Recent years have seen significant increase in drought losses around the world. About 20 percent of China’s direct economic losses by weather and climate disasters are caused by drought.”