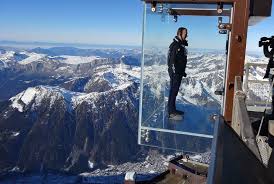 “The Pic du Midi [Pyrenees] has finally recorded temperatures below zero for the first time in 108 days, pulverizing the record for the summit.

“It had been 108 days since the thermometer previously descended below the zero-degree mark at the Pic du Midi , the summit of the Hautes-Pyrénées which rises to 28.70 meters above sea level. A record since 1882 and the first temperature readings.

“In the night from Sunday to Monday, Meteo France forecasters finally have the first negative temperatures since June 14…”

“This rise in temperatures does not only affect the Pic du Midi. In Toulouse, the month of September 2018 is the hottest of all the months of September since 1947 and the first measurements. The previous record dates from 1987…” 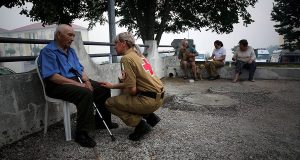 “The hot weather is expected to last during the first week of October, with highs forecast to remain above 30 degrees Celsius for large parts of the country.” 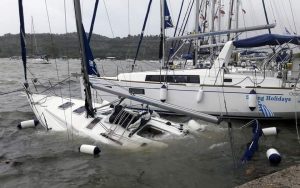 “The eastern Mediterranean is getting battered Saturday as a rare and powerful hurricane-like storm roars across Greece, triggering flooding as it makes its way toward Turkey. The storm, called Zorba, on Saturday morning lashed the Greek coastal city of Kalamata and other spots along the Peloponnese coast, knocking out power in the town of Pylos. Heavy rainfall and strong winds are expected to cause flash flooding and major disruptions to air, land and sea transport in Turkey…” 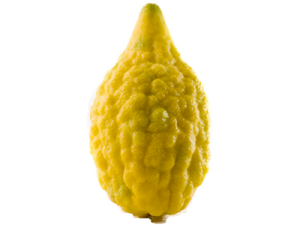 “Following record-breaking temperatures in the Netherlands, a tree planted years ago by a Jewish woman near the capital produced what may be the country’s first naturally-grown etrog fruit in decades.”

“The Bayelsa State Government [Nigeria] has directed immediate closure of all schools in the state as a precautionary measure to avoid loss of lives in the current flooding in the state.”

“Amid a worsening water crisis at home, Iraq’s foreign minister used his time at the UN podium on Saturday to call on upstream neighbours to reduce their use of waterways that flow into the country… Iraq is in the midst of an unprecedented drought, which has eclipsed previously notable low-rainfall years in 2009 and 2015.” 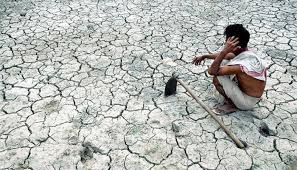 “The total rain recorded this year in Mumbai in September has been the lowest in 27 years. The India Meteorological Department’s (IMD) Santacruz observatory recorded a meagre 73mm of rain this month even though the average rainfall for September is 341mm. The city, thus, has got only 20% of the required rainfall.”

“The Southwest Monsoon, which brings rain from June to September, recorded a countrywide deficit of more than 9% this year, with the north-eastern states of Arunachal Pradesh, Assam, Meghalaya, Manipur, Mizoram, Nagaland and Tripura receiving scanty rainfall, according to data from the India Meteorological Department (IMD).” 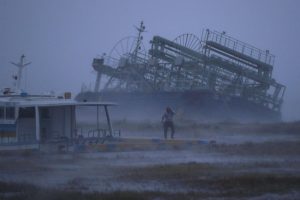 “Tropical cyclone Kong-Rey has intensified into a typhoon ahead of its expected entry to the Philippine area of responsibility on Monday afternoon, the state weather bureau said. Spotted 1,565 kilometers east of Southern Luzon at 3 a.m., Kong-rey was packing maximum sustained winds of 130 kilometers per hour and 160 kph gusts, said PAGASA weather forecaster Ariel Rojas. If it continues moving west northwest at 15 kph, the typhoon will enter the country between 1 and 3 p.m.”

“Australia has notched its driest September on record, with less than a third of the usual rainfall for the month, extending the dry spell that has farmers and firefighters increasingly desperate for rain.” 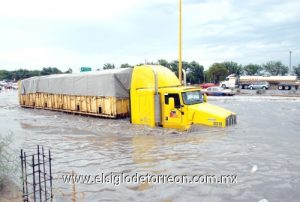 “It was only a few hours of torrential rain that turned Torreon [Mexico] into a lake.”

“Hurricane Rosa struck fear into the heart of Arizonans who know the damage major flooding can deliver in the desert, but the Valley breathed a small sigh of relief after weather reports Sunday downgraded Rosa to a tropical storm. People across the state stayed on weather watch, as the storm’s remnants are still expected to pummel much of the state with heavy rains.”

Tampa Bay can expect October to start the same way it endured September: Record heat. Forecasters with the National Weather Service say only one day in September had a below-average temperature, while seven days had record highs and the month as a whole was the hottest on record. Forecasters say the heat will remain to start October, with highs above 90 every day this week.”

“Tropical Storm Leslie is strengthening as it meanders over the Central Atlantic and is expected to become a hurricane Tuesday.” 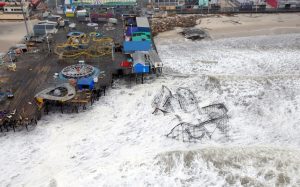 “The Gulf Stream is slowing, according to two articles published in April by different research teams in the journal Nature. As it slows, it tracks slightly farther north – hugging tighter to our coast and filling the Gulf of Maine with more of its warm Caribbean water. “Hurricanes need that latent heat released into the centre of the storm to remain strong,” said Day. “The warmer the water, the more evaporation of air and that evaporation feeds the bottom of the storm.”” 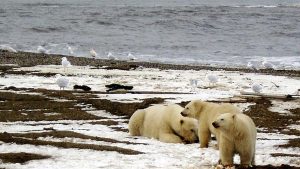 “A high-pressured western ridge has positioned itself near Alaska, allowing record-breaking warmth from the North Pacific to spread over the Arctic… Climate scientist Zack Labe told Euronews this phenomenon could cause temperatures to rise over 10°C above average in some areas of Alaska, making the climate feel equivalent to late-summer. Labe believes this pattern will likely slow the progression of sea ice refreezing in the western Arctic.”