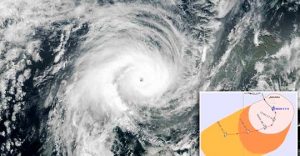 “An ‘exceptionally rare’ tropical cyclone has developed east of Australia.

“The Fiji Meteorological Service has issued a weather warning over Tropical Cyclone Liua, which is currently at category one status.

“…’It is very unusual, in fact this is the first tropical cyclone to form in the month of September going back to 1950. It is certainly unusual,’ Chris Brandolino from the New Zealand climate and weather office, NIWA, told RadioNZ.” 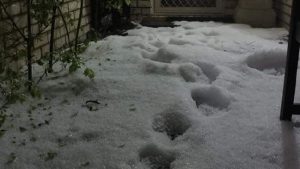 “Parts of southeast Queensland were left blanketed with “snow” after spring storms dumped hail in vast quantities overnight, and the Weather Bureau says there is more to come today.

“A number of supercell storms swept through the Brisbane and Gold Coast regions, with particularly intense cells hitting the far south of the state.” 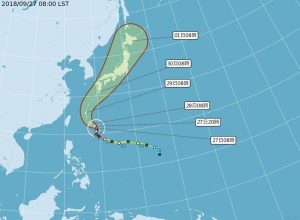 “Typhoon Trami will likely come closest to Taiwan sometime between Friday night and midday Saturday, likely brining heavy rains to northern Taiwan, before veering north toward Japan, according to the Central Weather Bureau. 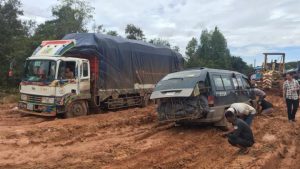 “Ministry spokesman Nou Vattanak told The Post that floods triggered by heavy rains over the past few months have damaged some 90km of roads throughout the Kingdom [of Cambodia], disrupting transportation and costing the government millions of dollars. “Flood caused by heavy rain this year has ravaged 32 roads in more than 10 provinces, costing $9 million in damage. National Road 48 took the brunt of it and requires immediate repair to ease traffic,” he said.” 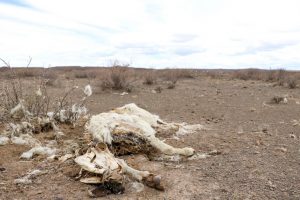 “I grew up here [in The Karoo, South Africa], and I can’t recall a drought as bad as this. The impact has been tremendous. Farmers have lost hundreds of millions of rands in lost production.

“They had no irrigation water so [they] could not produce feed on the farms – mostly lucerne, but some barley and maize – so [farmers] have to buy all their feed. Feed is very expensive, and then there is the added cost of transport,” Kleyn said.” 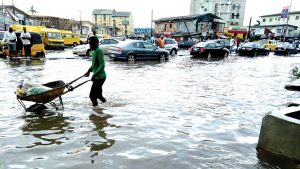 “…there’s evidence to suggest increasing rainfall over time. Data from the Nigerian Meteorological Agency from 1981-2017, analysing 13 affected locations, reveals a rising trend in annual rainfall, which it says is likely to be a significant factor responsible for floods. But it’s not just rain falling in Nigeria itself.

“Heavy precipitation upstream on the Benue and Niger rivers – in Cameroon, Mali and the country of Niger – contributes large volumes of water to Nigeria’s river system.” 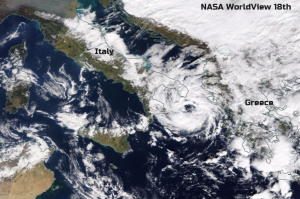 Didn’t one of these just cause unprecedented rainfall and flash-flooding in Tunisia? [Answer – yes, it did.]

“…some Mediterranean holiday hotspots could be hit by a deadly – and very rare – weather phenomenon this week that is comparable to a hurricane. Holidaymakers in Greece and Turkey are under threat from torrential rain and winds of up to 100mph as the storm system forms, forecasters say.”

“The Arctic outbreak across much of Europe this week has seen temperatures drop in parts of Croatia by more than 10 °C and on Wednesday a new record low was set on Zavižan. Located in the Northern Velebit National Park, Zavižan recorded a low yesterday morning of -4 °C, the coldest ever September temperature recorded since measurements begun back in 1953, DHMZ reported.” 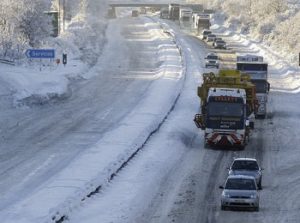 “Forecaster James Madden said: “Long-range predictions have shown for a time that this winter could deliver some particularly cold and snowy conditions [to Scotland]. “”This could bring some potentially crippling snowfall as these fronts will clash with cold air pooled over the UK. “This blocked pattern is showing signs of holding out through January…” It is understood rising temperatures in the Eastern Pacific could soon reach threshold values for an El Niño Southern Oscillation (ENSO) to become established.” 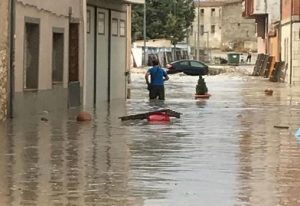 “[It] has caused significant floods in both towns [Spain].”

“Tropical Storm Kirk is not expected to weaken until it crosses the Lesser Antilles and moves over the eastern Caribbean Sea where it will bring dangerously heavy rains, the U.S. National Hurricane Center (NHC) said on Wednesday…

“These rains may produce life-threatening flash floods and mudslides…” 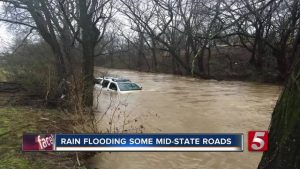 “Heavy rains triggered flash flooding in Tennessee Wednesday, killing at least one person and prompting authorities to open shelters… Soddy-Daisy Police Capt. Jeff Gann told the Chattanooga Times Free Press that the death is believed to be a drowning related to flooding in the town located about 17 miles north of Chattanooga.” 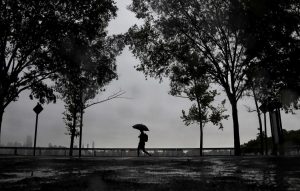 “Windsor-Essex saw a record-breaking amount of rain Tuesday, with a total of 47.5 mm — 38 mm of it from the evening storms. Dave Rogers, meteorologist for Environment Canada, said there weren’t any reports of tornadoes, but wind damage was reported…

“Hurricane Rosa, which is quickly strengthening in the eastern Pacific, could bring rain and flash flooding to the southwestern United States early next week. Rosa became a hurricane Wednesday morning in the eastern Pacific Ocean just under 500 miles south-southwest of Cabo San Lucas, Mexico. Conditions are favorable for the hurricane to rapidly intensify, and Rosa could become a major hurricane on Thursday. Some additional strengthening is possible through Friday.” 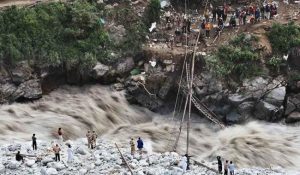 “Glaciers feed the Indus River system, the country’s precious water lifeline. But data from the past 50 years shows that all but about 120 of the glaciers show signs of melting. In the past 80 years, meteorologists say the average temperature in mountainous Gilgit-Baltistan has increased by 1.4C (2.5F) compared to a rise of 0.6C (1F) in the lower-lying provinces.

“The melting ice has created some 3,000 glacial lakes and a survey has found 33 considered at risk of bursting in Gilgit-Baltistan and Khyber Pakhtunkhwa, threatening seven million people.” 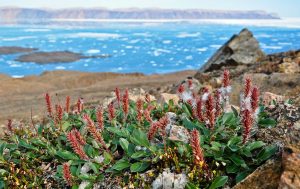 “The low-lying shrubs, grasses and other plants growing in the Arctic are getting taller. The finding comes from scientists who have analysed three decades of measurements.

“This data, gathered across Alaska, Canada, Iceland, Scandinavia and Russia, indicates that a warming climate is driving the change.” 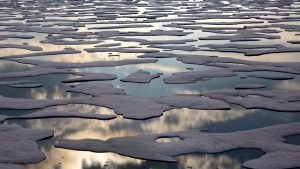 “Even though the ice didn’t break an all-time record, it was still well below the historical average… In fact, each of the last 12 years have been the lowest 12 years on the satellite record… Some of the thickest, oldest Arctic ice, which is anchored in a compacted mass off the frigid north Greenland shore, broke apart this year.”

Read the previous ‘Climate’ thread here and perhaps sling a few dollar bills my way via my Patreon page if today finds you in generous mood.