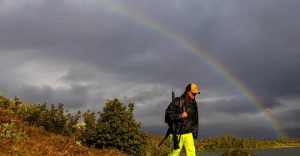 Arctic lake specialist Katey Walter Anthony finds an Arctic lake unlike any other – it is positively haemorrhaging methane:

“Set against the austere peaks of the Western Brooks Range, the lake, about 20 football fields in size, looked like it was boiling. Its waters hissed, bubbled and popped as a powerful greenhouse gas escaped from the lake bed. Some bubbles grew as big as grapefruits, visibly lifting the water’s surface several inches and carrying up bits of mud from below.

“As the permafrost thaws across the fast-warming Arctic, it releases carbon dioxide, the top planet-warming greenhouse gas, from the soil into the air. Sometimes, that thaw spurs the growth of lakes in the soft, sunken ground, and these deep-thawing bodies of water tend to unleash the harder-hitting methane gas.

“But not this much of it. This lake, which Ms Walter Anthony dubbed Esieh Lake, looked different. And the volume of gas wafting from it could deliver the climate system another blow if lakes like this turn out to be widespread.” 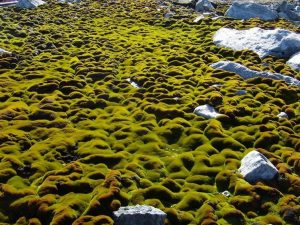 “Like tree rings, mosses preserve a record of past climate in their shoots. From this we found nearly half of the mosses showed evidence of drying. Healthy green moss has turned red or grey, indicating that plants are under stress and dying. This is due to the area drying because of colder summers and stronger winds. This increased desertification of East Antarctica is caused by both climate change and ozone depletion.”

“It’s the last thing drought-declared Queensland graziers need, but dry conditions are now affecting the production of a wide range of feed supplements given to animals when grass and hay run low.” 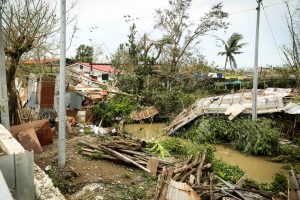 “”Today we visited the district of Liwan West and Pinukpuk,” explains Pierre-Louis Bercion, HI’s basic needs coordinator in Philippines. “There are a lot of uprooted trees and damaged houses, but the farms have taken the biggest hit: a lot of rice and maize plantations have been destroyed, just a month before harvest time.

“For people in rural areas, who live mainly off the land, it’s a disaster.”” 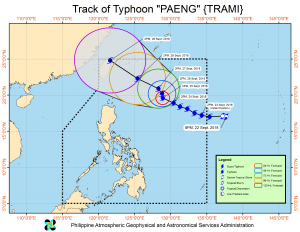 “The state weather bureau, in its latest advisory 11 p.m. Monday, said the typhoon’s rainbands may be felt by Friday in northern Luzon.” 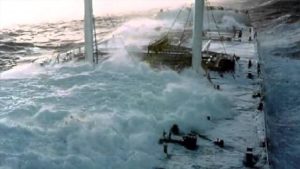 “Super Typhoon Trami explodes in strength on its way toward Taiwan…

“The Japanese Meteorological Agency predicts the storm will hover just above the threshold for “Super Typhoon” status, whereas the Joint Typhoon Warning Center based in Honolulu is calling for the storm to explode in intensity.” 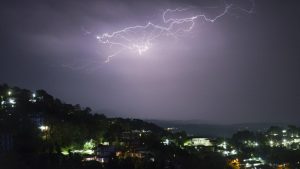 “A month after intense monsoon rains caused the worst floods in nearly 100 years in the southern Indian state of Kerala, other regions of the country are facing the wrath. 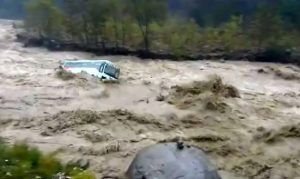 “This is the shocking moment a tourist bus is tossed around like a toy after being swept away by flood waters leaving several people stranded. Footage captured the empty bus being washed away by raging waters of Beas River, Himachal Pradesh in northern India following heavy rain and flash flooding. The end of a blue coach can be seen hanging off a muddy ridge as it precariously dangles in the water.” 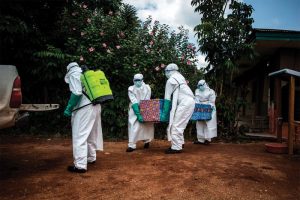 ““We are now extremely concerned that several factors may be coming together over the next weeks and months to create a potential perfect storm,” WHO’s head of emergency response Peter Salama told a news conference in Geneva.

“At least 100 people have died in the outbreak, out of 150 cases in North Kivu and Ituri provinces.” 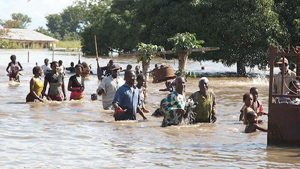 “The people of Oguta [Nigeria], who initially thought they have escaped the horrors of flooding, are now counting their losses, following the bursting of the banks of Oguta Lake and its major outflow, Orashi River… “People started harvesting their unripe crops soon after the flood alarm was raised by government. The sad thing is that some farmers borrowed huge sums of money from banks and invested in the farms that have now been swallowed up”, Igwe Nzeribe said.” 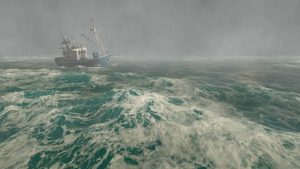 “Following a brief lull in tropical weather across the Atlantic Basin, several areas of interest developed this past weekend, including the season’s newest named storms.

“Tropical Storm Kirk developed on Saturday morning. It formed at 8.3 degrees north latitude, making it the lowest latitude at which an Atlantic named storm has formed since 1902.” 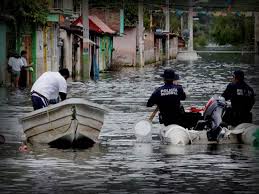 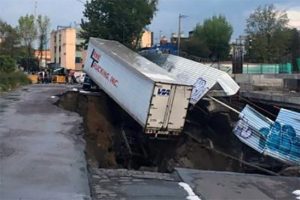 “The back end of a semi trailer was nearly swallowed by a sink hole in a city street after torrential rains drenched Mexico City. The back end of the semi fell part way into a large sink hole that formed alongside a deep excavation at the intersection of Avenida Oceanía and Avenida Peñón in the Venustiano Carranza area of the city… 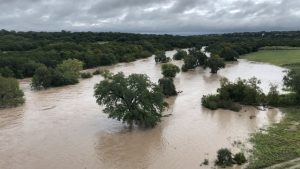 “Do you remember the 21st night of September? Torrential rain that fell Friday night kicked off a record-breaking weekend in North Texas. Dallas-Fort Worth is forecast to close out the month with more rain — even though we’ve already received more than four times the normal amount of rain for the month…

“Here’s a timeline of our record-breaking weekend:” 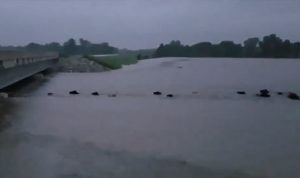 “An entire herd of cattle were swept away from a field where they were pastured in Oklahoma. Heavy floodwaters came after more than 13 inches of rain drenched the area, according to an NBC News affiliate. A video of the incident taken by bystander Alex Spahn and posted to Twitter shows dozens of bovines being overtaken by a forceful flow of water throughout an area of farmland south of Oklahoma City called Fittstown.” 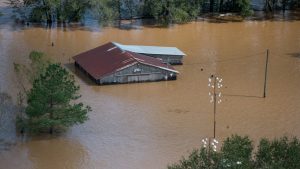 “Authorities in Georgetown County, South Carolina, are urging thousands of people to evacuate ahead of historic flooding in an area where multiple swollen rivers converge. The county escaped the brunt of Hurricane Florence’s wind, but it sits at the mouths of the Waccamaw, Great Pee Dee and Sampit rivers.

“Parts of Georgetown County will see at least 10 feet of flooding, forecasters say. Key words: at least. The flooding is expected to begin Tuesday and will last through the weekend.”

Please help keep these updates coming by supporting me on Patreon. Thank you!!