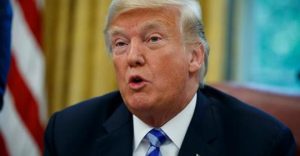 China has a huge debt-problem and a net energy problem, as its own energy production is dwindling. The last thing it needs is a full-blown trade war… “The trade war with China began in earnest Monday.

“In announcing a wave of tariffs on $200 billion worth of Chinese imports, President Trump said in a White House statement that his administration had concluded that “China is engaged in numerous unfair policies and practices relating to United States technology and intellectual property – such as forcing United States companies to transfer technology to Chinese counterparts. These practices plainly constitute a grave threat to the long-term health and prosperity of the United States economy.”

“The statement said that the tariffs, which take effect September 24, would initially be 10 percent, but would rise to 25 percent at the beginning of the year, giving U.S. companies time to adjust their purchases. However, a senior administration official told Reuters over the weekend that Trump is likely to announce the new tariffs as early as Monday…

“It’s hard to see China caving to the U.S. demands when, as one official told the Wall Street Journal, Trump “has a gun to their heads.”” 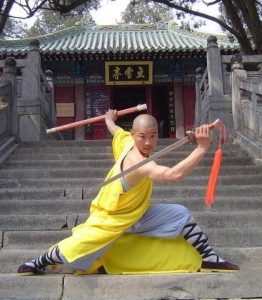 “China has no choice but to retaliate against the latest round of U.S. tariffs in order to safeguard its rights and interest in a free trade world, the country’s Commerce Ministry said in a statement on Tuesday.”

“Coming back to the US economy, while President Trump’s tax cuts have helped fuel the stock markets, trade war fears are taking a toll on investors’ sentiments. One casualty has been the synchronized global growth that some observers were touting.” 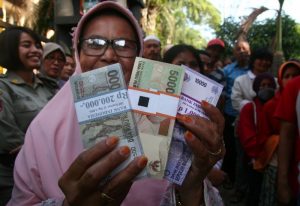 “…the poor rupiah has been put into the emerging market meat grinder. It has reached depths not seen since 1998. But, are the causes of the fall of the rupiah the same as they were in 1997-1998? In a word, “no.” … the recent plunge of the rupiah represents a collapse in confidence. And, as John Maynard Keynes stated in The General Theory: “The state of confidence, as they term it, is a matter to which practical men always pay the closest and most anxious attention.” Once lost, confidence is hard to regain.”

“Turkey’s economic crisis is now hitting hospitals. Çapa and Cerrahpaşa Hospitals, both teaching hospitals and part of Istanbul University, are just two healthcare facilities now struggling to pay health workers and retain staff. Doctors at Çapa Hospital went on strike last week after they failed to receive supplementary payments for the past month.” 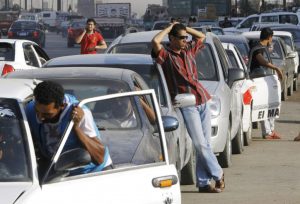 “Egypt canceled a treasury bond auction on Monday, its third such move in as many weeks, as foreign investors cut their exposure to the country’s debt at a time of weak appetite globally for emerging market assets… “The finance ministry has been canceling the bond auctions for the past few weeks due to higher yields than they are willing to accept,” said one banker at an Egyptian bank.” 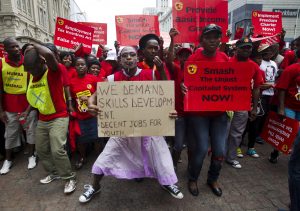 “South African President Cyril Ramaphosa urged businesses to place a moratorium on job cuts as his administration tries to contain the fallout of a recession and institutes measures to reignite growth. The continent’s most-industrialized economy contracted 0.7 percent in the second quarter, after shrinking 2.6 percent in the previous three months…” 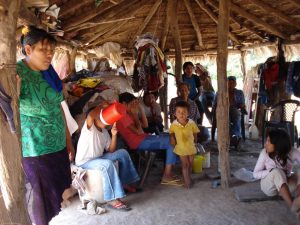 “In Argentina, prices are soaring, unemployment is high and the currency, the peso has lost half its value so far this year. Inflation rate is now at 34.4 percent – one of the highest in the world. For the indigenous population, already historically neglected by the state, the effects of the crisis are magnified.” 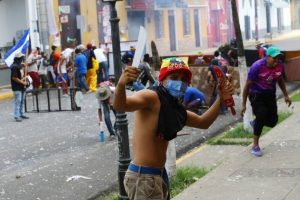 “The economy of this Central American nation [Nicaragua] has been undermined by the five months of social unrest, initially triggered by protests against a reform of the social security system in April, which grew and led to demands for the resignation of President Daniel Ortega and Vice President Rosario Murillo, his wife.”

“Dominic Raab has insisted that the EU must compromise in the Brexit talks as the European council president, Donald Tusk, warned that the “catastrophe” of a no deal scenario was “still quite possible”. In an interview with continental European newspapers, the UK’s Brexit secretary said it was the EU’s time to move on its red lines, and that warm words would not suffice with so little time left until Brexit day.” 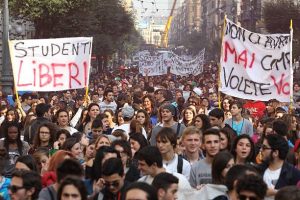 “Fouskas warned: “Italy is already in recession. It has been having zero percent growth for several years now, an unmanageable debt spiral…

“Italy faces the predicament of either brushing off the ECB rules of austerity and monetary discipline and inflate, the consequence being exit from the EMU; or deepen the austerity process and follow a path similar to that of Greece.

““Both paths are catastrophic for both Italy and the EU, especially the Italian people. Globally, too, the consequences will be catastrophic. Italy may well insert itself into those forces that undermine and eventually undo the process of globalization altogether…”

“But if extreme valuations by itself won’t bring this bull market to an end, what might end it? The biggest, fundamental problem right now is the extreme debt levels… we also have to look at the entire world as global debt levels have been growing… Especially dangerous are the extreme amounts of governmental debt… Italy would be a …country many investors are terrified of as it could run into serious trouble… Since 2007, corporate debt has increased more than 2.7 times… the high debt levels pose a systemic risk and as problems emerge, it is highly likely these will spread like a wildfire and can’t be contained.” 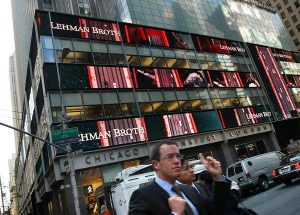 “..debts seem bigger than the ones that triggered the crisis 10 years ago… What is more worrying is that most likely the solutions adopted in 2008 would not be effective for the coming crisis. There would be no time to revive or pause the banking methodology. Interest rates are too low for the central banks to use facilitating credit to reinforce the economy.”

““Covenant-lite” deals are booming among leveraged loans, a sort of subprime debt often employed in corporate acquisitions. So far in 2018, they have constituted an estimated 34 per cent of all issuance by dollar value. That’s the largest share in at least a couple decades, with the exception of 2017. The lack of caution has coincided with the ascendance of Donald Trump to the presidency.” 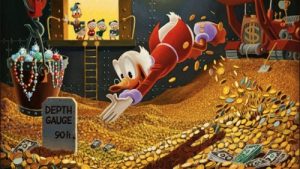 “The average pay for Wall Street employees, when adjusted for inflation, jumped 13% last year to the highest level since the 2008 financial crisis and the third highest on record, according to a report released Monday. The average salary, including bonuses, for New York City–based securities-industry employees rose 13% to $422,500, the Office of the New York State Comptroller said.”

“The next US bear market is likely to be caused by a spike in 10-year Treasury yields and would risk setting off a $10 trillion crash in US household assets… “When the next recession comes, it is going to be deeper and last longer than in the past. We don’t have any strategy to deal with it,” Feldstein, a former chairman of the White House Council of Economic Advisers, said, adding that the heads of the economy lack emergency tools to recover in the event of a severe recession.” 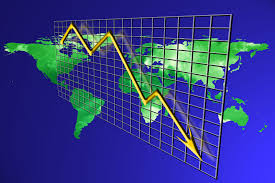 “Interest rates could be stuck near rock-bottom levels for years to come as economists fear the economic cycle is already turning, with the recent global growth spurt showing signs of losing momentum.

“Ten years on from the financial crisis and growth may now be coming to an end, leaving the world’s central bankers short of ammunition, should they need to prop up their economies once again.

“Higher oil prices, rising US interest rates and the trade war have all combined to sap growth, indicating rates might need to be cut once more, according to economists.

““Global growth has shifted to a lower gear,” said economists at BNP Paribas.”