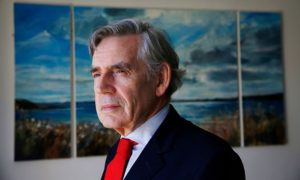 “A leaderless world is sleepwalking towards a repeat of its near meltdown in late 2008 and early 2009 because it has failed to remedy the causes of the financial crash of a decade ago, former prime minister Gordon Brown has warned.

“Britain’s leader during the period when the collapse of the US investment bank Lehman Brothers put every major bank at risk, said that after a decade of stagnation the global economy was now moving into a decade of vulnerability.

“Speaking to the Guardian at his home in Scotland, Brown delivered a scathing analysis of how the big problems of 2009 remained unresolved and said that much tougher action was needed to prevent wrongdoing by bankers…

“We are in danger of sleepwalking into a future crisis,” Brown said when asked to assess the risks of a repeat of 2008. “There is going to have to be a severe awakening to the escalation of risks, but we are in a leaderless world.”

“The former prime minister, who lost the 2010 election following Britain’s longest and deepest recession of the post-war era, said there was less scope to reduce interest rates than was the case a decade ago, no evidence that finance ministries would be allowed to cut taxes or increase public spending, and no guarantee that China would be as active in providing stimulus.

““The cooperation that was seen in 2008 would not be possible in a post-2018 crisis both in terms of central banks and governments working together. We would have a blame-sharing exercise rather than solving the problem.

“In the light of the trade war launched against Beijing by the US, Brown doubted that China would be as cooperative a second time. “Trump’s protectionism is the biggest barrier to building international cooperation,” he said…

“He said the global economy still lacked an early warning system and a system for monitoring financial flows so that it was possible to tell what had been lent to whom and on what terms. “We have dealt with the small things but not the big things,” he said…

““It is very difficult to say what will trigger it [the next crisis] but we are at the latter end of the economic cycle where people take greater risks. There are problems in emerging markets… In an interconnected world there is an escalation of risks. We have had a decade of stagnation and we are now about to have a decade of vulnerability.”

““In the next crisis a breakdown of trust in the financial sector would be mirrored by breakdown in trust between governments. There wouldn’t be the same willingness to cooperate but rather a tendency to blame each other for what’s gone wrong.

““Countries have retreated into nationalist silos and that has brought us protectionism and populism. Problems that are global as well as national and local are not being addressed. Countries are at war with each other on trade, climate change and nuclear proliferation.”” 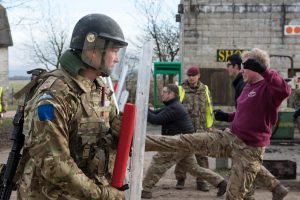 “Damian McBride quoted Mr Brown as saying: “You don’t understand…If the banks are shutting their doors, and the cashpoints aren’t working, and people go to Tesco and their cards aren’t being accepted, the whole thing will just explode… It’ll be anarchy. That’s what could happen tomorrow. I’m serious, I’m serious… We’d have to think: do we have curfews, do we put the Army on the streets, how do we get order back?”” 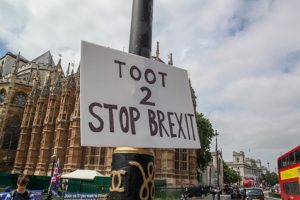 “Stockpiling by businesses ahead of Brexit will make a mini-recession in the UK “almost inevitable” next year, according to the head of a UK think tank… Stockpiling is expected as businesses look to guard against the possibility of a no deal Brexit, which would see the UK crash out of the EU without a deal on future trade agreements.”

“Despite measures to bolster the banking system, Bank of England governor Mark Carney says history teaches us that no one can rule out another financial crisis.” 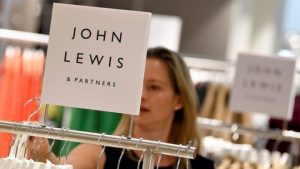 “Profits at the John Lewis Partnership have fallen to almost zero in the first half of the year as its department store chain matched discounting “extravaganza days” by rivals. John Lewis Partnership chairman Sir Charlie Mayfield said the retail sector was facing “challenging times”. Its results, which include Waitrose, showed profits for the six months to 28 July sank 99% from last year to £1.2m.”

“Ireland is closer to the next downturn than it is to the start of the last financial crisis in 2008 and the country’s economy is still vulnerable, the deputy governor of the Central Bank has said – “Even as the sun is shining today, there are clouds on the horizon. One can hope that future storms are not as severe as the last one, but storms there undoubtedly will be.””

“While some number of analysts have pointed to China and its indebted system as the next crisis point, others have suggested that high-levels of global debt that currently stand at a record $247 trillion will be the kicking point; unrealistic stock prices as well as emerging economies have also been cited as potential starting points for the next crisis.” 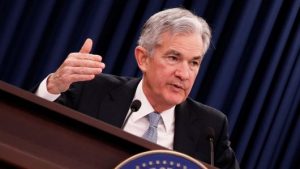 “Since the Federal Reserve began raising interest rates in December 2015, markets have been skeptical the Fed will actually follow through with its forecasts, since the Fed has backed away at signs of trouble for the economy and markets. Futures markets still project low odds for more than one rate hike on the fed funds rate, while the Fed forecasts three. Reversing course from quantitative easing might create issues no one has foreseen.

“”We just don’t know over time if there’s something that could tip the apple cart,” said Diane Swonk, chief economist at Grant Thornton.”

“Corporate debt in the U.S. is now higher than it’s ever been… “The real biggest problem lies, if I’m looking at the U.S., I look at debt-to-cash ratios, and I take out the top ten companies,” Steve Blitz, chief U.S. economist at TS Lombard told CNBC’s Squawk Box Europe on Wednesday, noting his exclusion of highly capitalized companies like major tech and pharmaceutical firms who are well-stocked to service their debts.”

“Bethany McLean, author and CNBC contributor, says fracking companies haven’t proven that they can produce cash flow and have incurred a lot of debt, which isn’t good for shareholders.” 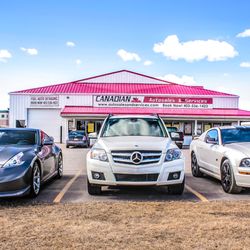 “Auto sales in Canada fell by its sharpest level in nearly two years at 3.6% year-over-year (y/y) in July followed by a 1.6 y/y contraction in August, a new report from Scotiabank says, which marked the sixth consecutive month of y/y declines… “…rising interest rates may be restraining big-ticket purchases by Canadian households,” Scotiabank said.” 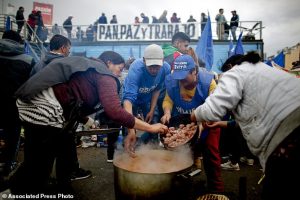 “Thousands of Argentines are staging a demonstration to protest recent government austerity measures and demand solutions to the country’s economic crisis. Demonstrators led by labor unions gridlocked traffic on some of the main avenues of Argentina’s capital Wednesday. Some protesters cooked stews in big pots and offered them to passers-by to dramatize growing poverty levels.”

“South Africa’s Reserve Bank will leave interest rates unchanged at 6.50 percent next week, 25 of 26 analysts predicted in a Reuters poll, after recent data showing the economy unexpectedly slipped into recession earlier this year… However, emerging market currency mayhem will likely prompt the Bank to switch to a hiking cycle in early 2019, the poll taken in the past three days showed.”

“Although official statistics haven’t been released, immigration advisors in the country say the numbers of Iranians who have decided to start a new life elsewhere has jumped significantly. And for many, that next home is Turkey… those willing to make the move will be trading one troubled economy for another.” 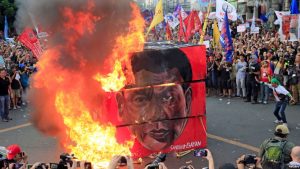 “Filipinos queuing for hours to buy cheap rice from the government. Families eating fewer meals a day to save money. Locals venting their anger against President Rodrigo Duterte on social media.These are the images and stories that have dominated media coverage in the Philippines after inflation soared to more than 6 percent in August.”

“Several new milestones have been reached in the past several days alone. Last Friday, the rupee, India’s currency, breached the 72 mark against the US dollar for the first time – a fresh all-time low – while the Russian rouble dropped to its weakest level since March 2016. On Tuesday, Hong Kong’s equity market slipped into bear market territory, dragged down by the rout in technology stocks and concerns about China’s slowing economy.” 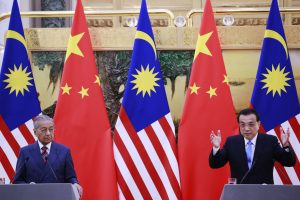 “When Malaysia canceled two large-scale infrastructure projects backed by China last month, Prime Minister Mahathir Mohamad said he was afraid the country could go bankrupt. As leader of a government that has tried to crowdfund its $250 billion of debt, that seems to be a reasonable concern… As Bloomberg Opinion columnist Shuli Ren recently wrote, “China’s shaky domestic economy may mean that it’s no longer politically viable for Beijing to keep being so generous.””

“When U.S. President Donald Trump fired the first salvos in his trade war with China, the market for hauling bulk commodities that power the Asian country’s economy responded with a surprising surge. Now shipowners are losing their swagger. Rates to haul iron ore and coal on 1,000-foot Capesize ships plunged by 39 percent since reaching their 2018 peak in early August. Fourth-quarter hedging contracts dropped 11 percent from their high last month.” 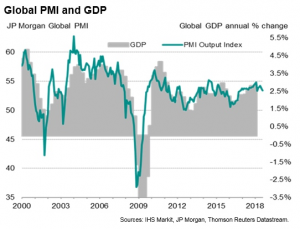 “…manufacturing output growth continued to run at one of the weakest rates seen over the past two years, stymied by a further near-stagnation of global trade flows. Global export orders barely rose for a fourth consecutive month in August. Furthermore, in a sign of weakness spreading beyond the export sector, August also saw worldwide service sector… registering one of the softest performances seen over the past two years.”