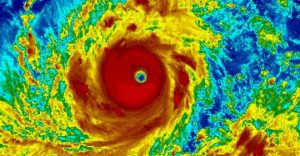 “As the US east coast braces for Hurricane Florence, an even stronger super typhoon is barreling down on southeast Asia, with Hong Kong and Macau square in its path.

“Super Typhoon Mangkhut, known as Super Typhoon Ompong in the Philippines, is currently equivalent to a category 5 Atlantic hurricane, with winds of at least 252 kilometers per hour (157 mph), stronger than Florence, which is expected to cause massive flooding and devastation in the Carolinas.”

“Heavy, tropical rainfall is expected across southern China and northeastern Vietnam as Barijat moves in late this week. Prior to strengthening to a tropical storm, the system produced heavy rain across northern and eastern Taiwan on Saturday… A two-day rainfall total in Shilin District, along the northern coast of Taiwan, reached nearly 500 mm (20 inches). Now in the South China Sea, Barijat will keep moving westward, remaining south of Hong Kong and taking aim for southern China.” 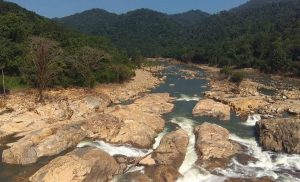 “The flood that caused massive devastation across Kerala has left behind several scars… People fear that the drop in water level of rivers and other water bodies may trigger a severe drought and drinking water shortage in the coming months, adding to the miseries of the flood-hit people. A sudden rise in mercury levels have compounded the fears.”

“As the dry weather condition continues to take place across Sri Lanka, the DMC stated that up to 890,000 have been affected… The Irrigation Department said that the water capacity of the 72 reservoirs under its purview have decreased to 35% of its total capacity.” 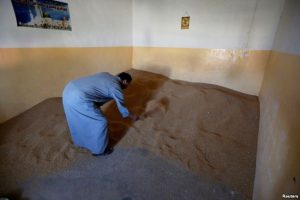 “In Iraq, a major Middle East grain buyer, will cut the irrigated area it plants with wheat by half in the 2018-2019 growing season as water shortages grip the country, a government official told Reuters. Drought and dwindling river flows have already forced Iraq to ban farmers from planting rice and other water-intensive summer crops.” 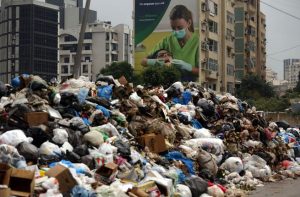 “A river of garbage has been filmed flowing through the streets of Beirut after torrential rains caused flooding in Lebanon. Incredible footage hows bags of rubbish, hundreds of plastic bottles, cardboard boxes and even a mattress being swept along the road as stunned onlookers watch. Beirut has been struggling to dispose of its waste since 2015 when the country’s main landfill site closed following years of over-use.” 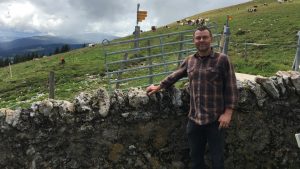 “Around the world, people are struggling for access to drinking water… For centuries, between late May and early October, [Switzerland’s] dairy farmers have been bringing their cows up to graze in the high mountain pastures. But this summer, because of a severe drought in July and August, cows grazing in mountain pastures haven’t had enough to drink. So water has been delivered to them.”

“From melting ice caps to rising sea levels, climate change has irrevocably altered the state of our planet. But global warming may have officially crossed the line — and entered into our cupboards. In a report by industry site Bakery and Snacks, the summer’s record high temperatures and especially dry weather in Europe are expected to wreak havoc on the entire continent’s potato chip supply.” 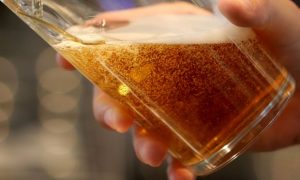 “Beer drinkers could be forced to swallow even higher prices next year as the brewing industry is rocked by the soaring costs of ingredients, according to a report. The price of barley has risen sharply after the summer heatwave scorched harvests across Europe, but other costs, such as energy, are also rising. Even the price of the aluminium used to make beer cans rose by 8% this year, on top of a more than 20% hike in 2017.”

“Latest indications point toward the storm [Isaac] tracking between the islands of St. Lucia and Antigua. Many of these islands are still rebuilding follow Hurricane Maria, which crossed the Lesser Antilles and moved over Puerto Rico almost a year ago.” 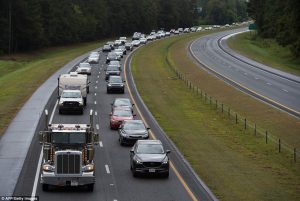 “Hurricane Florence will bring “life-threatening, catastrophic flash flooding” to North and South Carolina, the US National Hurricane Centre has warned. The agency also predicted huge quantities of rain – more than a metre in some places – would fall as the storm slowed and stalled over coastal states and other inland areas, including in Georgia and Tennessee.” 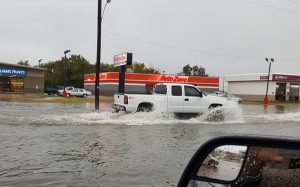 “Heavy rainfall over Texas City has sent flash flooding into the streets and some homes. The area received more than nine inches of rain, and more is expected… Quiana Simmons Jackson says she lost everything during Hurricane Harvey, and now, her home is flooded again.”

“…the hot temperatures in Denver continue to tie or break state records.”

“Extreme heat contributed to more deaths in metropolitan Phoenix last year than initially thought. The Arizona Republic reported Monday that Maricopa County public health officials recently revised the number of heat-related deaths for 2017 to 172. The number marks a record for a second year and an 11 percent increase from the 150 deaths in 2016.” 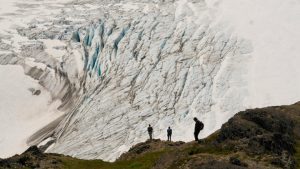 “In recent years, people have been increasingly flocking to the world’s glaciers. This boom in “glacier tourism” seems to be dually spurred, at least in part, by climate change: For one, people seem eager to glimpse the majestic monuments of ice before they melt away. And as ice sheets disappear, many glaciers are becoming more accessible—and unstable. The result is that places such as Exit Glacier are not only witnessing more tourists than ever crossing rocky, dangerous terrain; they’re also becoming better poised for those wrong place, wrong time misfortunes.”

“…the latest forecast calls for dangerous conditions on Tuesday night and Wednesday on Maui, Lanai, Molokai, and Oahu. Five to ten inches of rain are possible across the islands, with the greatest totals—including the chance for 15 or more inches of rain near the mountains—expected on Maui.” 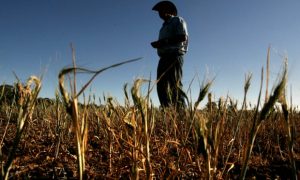 “Crippling drought conditions in eastern Australia are expected to wipe millions of tonnes off winter crop production this year and rainfall forecasts suggest “limited” prospects for summer crops, a new report has warned. On Tuesday a report from the federal agricultural department revealed the winter crop production in New South Wales would be almost cut in half on the year before.”