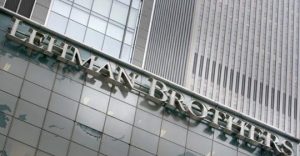 “Mr Machin said stimulus from central banks provided in the wake of the Wall Street meltdown in September 2008 left highly leveraged corporations and governments with overhanging debt that would eventually need to be repaid.

“”One of the things that worries me in the longer term is just the amount of debt in the world,” Mr Machin told AM.

“”That debt might not be where it was, going into the global financial crisis surrounding real estate in the US, but there’s an enormous amount of debt at government levels — whether it’s in Europe, Japan or the US, where it’s $US21 trillion at a government level.

“Mr Machin agreed the overhanging global debt risk could prompt a possible “day of reckoning” as loans from cheap and easy money were called in.

“”That’s one of the challenges — when you look at some government debt, it’s becoming so owned by central banks that it’s becoming quite illiquid as well,” he said.”

“The Federal Reserve buying stocks SPX, +0.19% ? How about financing the federal deficit? Or buying goods? These were some of the suggestions for combating the next severe recession given to the central bank by former IMF chief economist Olivier Blanchard at the Boston Fed’s monetary policy conference over the weekend. There is a general sense the Fed has to re-think its approach to combating recessions given the low-interest-rate environment that is persisting.” 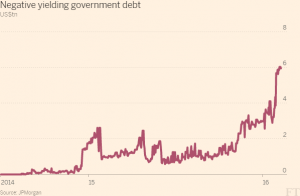 “…leveraged-loan covenants—the financial conditions that lenders place on borrowers—are getting lighter, Moody’s Investors Service has been warning for more than a year. And for many firms, the leveraged loans are the only debt, removing the safety of being the most senior lender in a chain of creditors and reducing the potential to recover losses in case of a default, according to Moody’s…. Lending by the eight biggest U.S. banks to non-bank financial firms has quadrupled since 2010… The value of derivatives that tie banks to shadow banks is still seven times global GDP.” 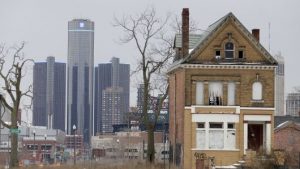 “Slowing global trade is evidence of how emerging-market stresses are being transmitted to advanced economies. The real concern of contagion remains financial linkages, though. Since 2009, non-resident gross flows into EM financial assets — loans, debt and equity securities — have averaged around $1 trillion annually… Total outstanding exposure, which remains opaque, may be around 50 percent of GDP in advanced economies. The main driver has been accommodative monetary policy of developed-world central banks and the lure of higher returns.”

“The steep falls in emerging markets have hurt the ability of developing-world companies and governments to issue bonds overseas, making it harder to pay back existing debt and putting potential pressure on economic growth there.” 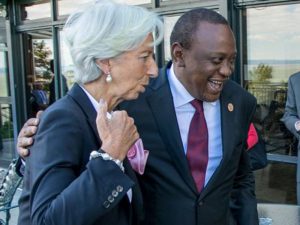 “The [Kenyan] Government has found itself in a delicate position, balancing between keeping its commitments to international donors and caving in to the public interest. Two days from today, Kenya might find itself on a path to financial ruin should the International Monetary Fund (IMF) lock it out of a Sh100 billion precautionary credit facility.” 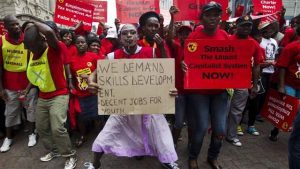 “The mass layoffs come barely a month after the collapse of seven (7) indigenous banks in the country triggered over two thousand (2,000) job cuts and losses. Already, it is estimated that millions of Ghanaians are without jobs, the majority being the youth and the present layoffs is said to compound an already bad situation.”

“On Tuesday last week South Africa entered a technical recession as gross domestic product decreased by 0.7 per cent in the second quarter of the year. This follows a GDP contraction of 2.2 per cent in the first quarter… For many South Africans this just confirms what they’ve been experiencing for some time now. “Food just keeps getting more expensive,” says Jake du Plooy, a science student at Nelson Mandela University in Port Elizabeth.” 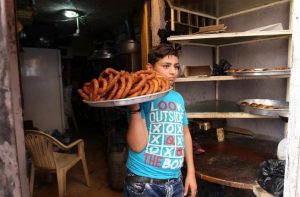 “The man charged with overseeing Lebanon’s monetary policy is frustrated at the pace of his country’s reform implementation. On top of simmering turmoil in the wider region and political gridlock as officials harangue over the composition of their yet-unformed government, reports are rife that the country of 4 million is headed for a banking crisis.”

“Investors expect Turkey’s central bank to raise interest rates, but the size of the hike will be crucial, Matys added. The bank left rates on hold at its last meeting in July, defying expectations of a hike. Data last week showed inflation surged to 17.9 percent year-on-year in August, its highest level since late 2003, prompting the central bank to signal it would take action against “significant risks” to price stability.” 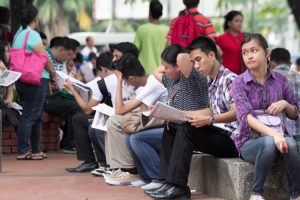 “In Asia, one name keeps coming up: Indonesia, which also has a growing trade deficit—and lots of foreign debt. On paper, Indonesia has done everything right to reassure markets this summer, from raising interest rates to cutting spending and lifting import taxes.”

“Argentine equities and the peso both lost ground on Monday as analysts said intervention in the foreign exchange market by the nation’s central bank may prove less successful than originally hoped.”

“The Russian ruble briefly weakened to worse than 70 to the U.S. dollar for the first time since March 2016, bringing its losses this year to 19 percent. Amid concerns about the economy and uncertainty about U.S. sanctions, the Russian currency hit 70.16 when trading opened on September 10.” 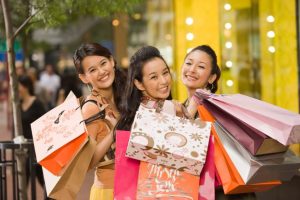 “China’s government wants to boost domestic consumption. Credit is easy to come by. Public and corporate debt is already huge. Household debt has doubled over the past five years. Are these developments sustainable?”

“The selloff in emerging markets deepened on speculation that a trade war between China and the U.S. will escalate. Currencies slumped to their lowest level since April 2017 as Goldman Sachs Group Inc. said its models signaled further declines for some developing nations. Stocks also fell. Brazil’s real led losses among its major peers…”

“If the current weakness in emerging markets turns into a global crisis, Europe may be its epicenter, according to Bank of America Merrill Lynch. European stocks have underperformed lately as emerging-market currencies plunged amid tightening dollar liquidity. With its open economy and high debt levels, the region is more vulnerable to weakness in developing nations, and may be the conduit that finally spreads the contagion to U.S. shores, as Japan did in the wake of the Asian financial crisis in the late 1990s, strategist Tommy Ricketts said.” 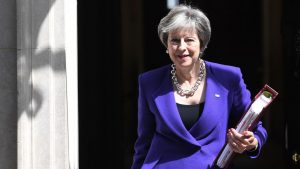 “UK Ministers have refused to disclose whether they have taken legal advice on holding a fresh referendum on the final Brexit deal as the government comes under mounting pressure to consider campaigners’ demands. In response to a request for information, the Department for Exiting the European Union said revealing such detail would harm the UK’s negotiating position in Brussels.” 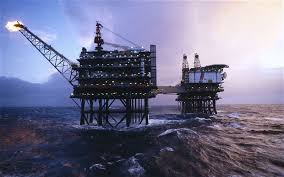 “Scotland’s oil and gas industry revival may be jeopardised by a slump in exploration to find fresh deposits which have hit a 50-year low, an industry report warns today. The recovery in production levels could be poised to fall away again in the coming years… The sector has suffered a turbulent period in recent years, with the oil price slump of 2014 costing tens of thousands of jobs.”