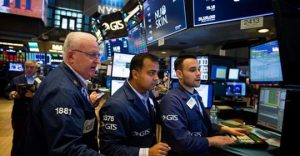 As the Fed continues to tighten the US stock market bubble becomes vulnerable to a catastrophic collapse:

“Despite the volatility and brief correction earlier this year, the U.S. stock market is back to making record highs in the past couple weeks. To many observers, this market now seems downright bulletproof as it keeps going higher and higher as it has for nearly a decade in direct defiance of the naysayers’ warnings.

“Unfortunately, this unusual market strength is not evidence of a strong, organic economy, but of an extremely unhealthy, artificial bubble economy that will end in a crisis that will be even worse than we experienced in 2008.

“The reason for America’s stock market and economic bubbles is quite simple: ultra-cheap credit/ultra-low interest rates…

“U.S. corporations have been using much of their borrowed capital to buy back their own stock, increase dividends, and fund mergers and acquisitions – activities that are known for boosting stock prices and executive bonuses. Unfortunately, U.S. corporations have been focusing on these activities that reward shareholders in the short-term, while neglecting longer-term business investments – hubristic behavior that is typical during a bubble…

“To keep it simple, the current U.S. stock market bubble will pop due to the ending of the conditions that created it in the first place: cheap credit/loose monetary conditions…

“The Fed claims to be able to engineer a “soft landing,” but that virtually never happens in reality. It’s even less likely to happen in this current bubble cycle because of how long it has gone on and how distorted the financial markets and economy have become due to ultra-cheap credit conditions.

“History has proven time and time again that market meddling by central banks leads to massive market distortions and eventual crises. As a society, we have not learned the lessons that we were supposed to learn from 1999 and 2008, therefore we are doomed to repeat them.”

“A new study from Northwestern Mutual has found that many Americans are sinking in debt, and don’t expect to climb out of it any time soon; the study found that more than one in 10 Americans say they will be in debt for the rest of their lives. The reality, however, may be bleaker.”

“Emerging Market economies are in serious trouble. Increased US borrowing, which is helping the US economy and its stock market for now, is hurting many other countries’ currencies. Current EM problems can indeed merge into a much larger global debt crisis, just like the subprime crisis became a global financial crisis.”

“Chinese stocks are is in a bear market. Turkey’s currency has collapsed. South Africa has stumbled into a recession. Not even an IMF bailout has stemmed the bleeding in Argentina… The trouble could spread, infecting other emerging markets or even Wall Street. That’s what happened two decades ago during the Asian financial crisis. “There is a fear of contagion, similar to 1997-1998,” said Michael Arone, chief investment strategist at State Street Global Advisors.

“That has already started to happen.” 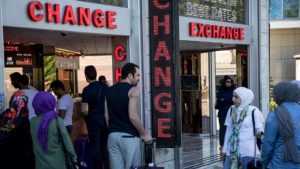 “For stocks, it’s 222 days. For currencies, 155 days. For local government bonds, 240 days. This year’s rout in emerging markets has lasted so long that it’s taken even the most ardent bears by surprise. Not one of the seven biggest selloffs since the financial crisis — including the so-called taper tantrum — inflicted such pain for so long on the developing world.”

“Investor anxiety about a missed debt payment by one of the world’s largest developing nations is jacking up the cost of credit-default swaps from the “BATS” — Brazil, Argentina, Turkey and South Africa — to multi-year highs. Analysts are taking note. Turkey and Argentina have “substantial” medium-term default risks…”

“Investors are sticking to the long-term investing mantra and know that emerging markets will go through periods of volatility, or the worst is yet to come. Because investors have not bailed on emerging markets positions — and it has been a popular trade this year, second only to the iShares Core MSCI EAFE ETF (IEFA) among all ETFs, with $10.7 billion in new assets — the exodus could still be in the making.”

“Asian shares skidded for a sixth straight session on Thursday, oil slipped and safe-haven gold gained with investor confidence shaken by turmoil in emerging markets and jitters over a potentially severe escalation in the U.S.-China trade war.” 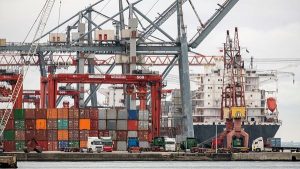 “The U.S. trade deficit rose to a five-month high in July, with the politically sensitive gap with China hitting a record high, which economists said could embolden the Trump administration to aggressively pursue its “America First” agenda.”

“The government’s moves to improve investor confidence come as the Chinese stock market has recorded the worst performance of any major financial market so far this year, and as fears grow that the US will escalate trade tensions further by imposing tariffs on an additional $200 billion of Chinese imports as early as this week.” 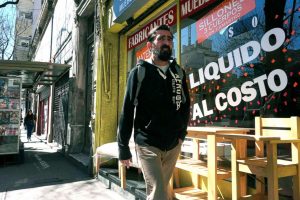 “Argentina is in an economic freefall… Walmart announced this past week that it was closing 13 stores in the Buenos Aires metropolitan area, including its flagship store at DOT, which was shuttered within a day. There weren’t any employees at the store on Wednesday.” 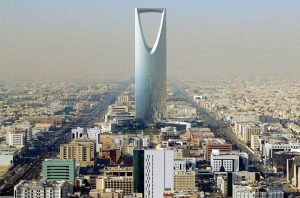 “Growth in Saudi Arabia’ non-oil private sector has slowed to its lowest rate on record so far in 2018, according to the latest Emirates NBD Purchasing Managers’ Index (PMI). While the growth of the private sector rose in the last three months compared to the first five months of 2018, it is the slowest on record for the first eight months of any year since the survey started.”

“The Indian rupee has fallen to an all-time low against the dollar.. The rupee fell to 71.785 per dollar on Wednesday, although it recovered somewhat to trade at 71.915 to the dollar in early Thursday trading.”

“Currency crises in Brazil and Argentina, economic turmoil in Turkey and a trade-war scare in Asia have rocked European equities, as some of the region’s biggest companies have significant exposure to these regions. The 30-day correlation between MSCI Europe and MSCI Emerging Markets has risen to 0.8, the highest in almost seven months, and up from 0.1 seen in June.” 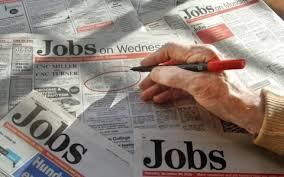 “Average UK advertised salaries have dropped month-on-month for the third consecutive month, as employers show signs of concern over the impact of a no-deal Brexit, according to Adzuna… In line with signs of salary stagnation, UK vacancy counts have also seen a slide in recent times, with a drop of 7.2% in full time advertised jobs between August 2017 and August 2018.” 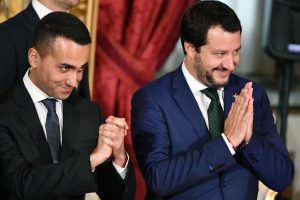 “The European Commission — the executive arm of the EU — requires government spending to not exceed 3 percent of a member country’s gross domestic product (GDP). But there have been confusing and conflicting messages from Italy’s leaders over whether they will stick within these budget parameters or not… Italy has already had a warning shot from ratings agency Fitch which cut the outlook on Italy’s debt rating on Friday to “negative” from “stable,” citing concerns about the government’s “new and untested nature” and its pledges to increase spending.”