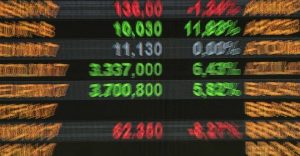 “Emerging markets are in a bad way. The MSCI EM Index of stocks fell Tuesday to bring its decline to 18.4 percent since peaking in January. MSCI’s index of EM currencies is down 8.51 percent since April. If that isn’t depressing enough, Morgan Stanley predicted in a research report Monday that it will only get worse for investors…

“The rising dollar has been blamed for much of the ills in emerging markets of late. The thinking goes that EM borrowers who took out dollar-denominated debt will have a much harder time paying back those obligations as the greenback rises. But dollar strength is also wreaking havoc with commodities, especially base metals.”

“Emerging markets are heavily indebted, and a stronger dollar makes it tougher for them to pay that money back. The main issue is that corporate debt in emerging and developing economies is significantly more than it was before the 2008 global financial crisis. As the volume of debt is much larger, the fall could be more detrimental.” 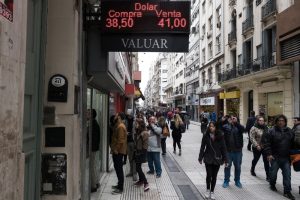 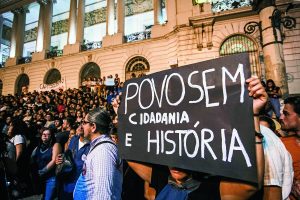 “The rumbling tensions reflect anger over the destruction on Sunday of the much-loved yet dilapidated museum, which suffered from declining federal funding. It stirred emotions in Brazil, whose angry electorate is reeling from a frail economy, widespread graft and rising violence ahead of an unpredictable presidential election in October.” 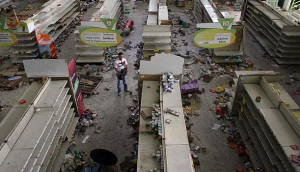 “As the economy collapses, the Venezuelan exodus “is building to a crisis moment”, the UN has warned. Drawing comparisons with the desperate journeys of Syrians and Africans through the Mediterranean in recent years, it says 2.3m people — 7 per cent of the population — have left Venezuela since 2015.” 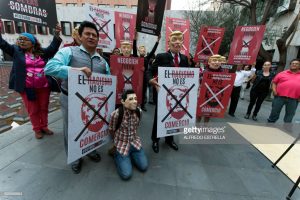 “Mexico’s economic activity in the second quarter contracted more than previously estimated as declines in industrial output and agricultural production offset gains in services. Gross domestic product, a measure of output in goods and services, was down 0.2% seasonally adjusted from the previous quarter, the National Statistics Institute said Friday.” 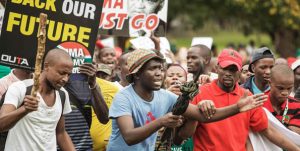 “South Africa’s economic growth slowed unexpectedly in the second quarter, pushing the country into a recession for the first time since 2009. Gross domestic product in Africa’s most developed economy fell by 0.7% from April to June, the national statistics agency said in a report Tuesday, compared with expectations for 0.6% growth. That followed a 2.6% contraction in the previous quarter.” 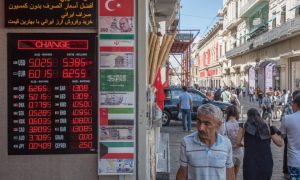 “Turkey, in the midst of a currency crisis which is quickly becoming a private sector debt crisis, appears headed toward stagflation — high inflation coupled with a contracting economy. The country’s inflation as measured by the Consumer Price Index (CPI) rose 2.05 points in August to nearly 18% — the highest level seen since 2003 according to central bank figures released on Monday.”

“Philippine central bank Governor Nestor Espenilla said he will consider the need for more policy action after a report showed inflation exceeded 6 percent for the first time in nine years in August. Consumer prices rose 6.4 percent from a year ago, the Philippine Statistics Authority said in an emailed statement on Wednesday. That exceeded the forecasts of all 15 economists in a Bloomberg survey.” 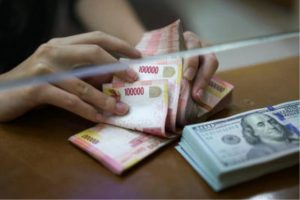 “Indonesia rupiah hit an all-time low of 14,933 against the US dollar. The emerging market crisis has sent the currency of the country with the largest population in the region to a level that is even lower than the 1998 Asian currency crisis. The ringgit weakened against the US dollar 4.1440 at noon while the Thailand’s baht was quoted at 32.79 against the greenback.” 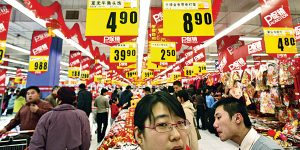 “Recent data prints out of China continue to point to a slowdown in growth for the world’s second-largest economy, despite efforts by policy makers to kick-start growth… “Signs of stagnation emerged as upward pressure on prices remained even though demand weakened at a faster rate.””

“US equities are outperforming non-US risk assets to a degree that hasn’t been seen since the financial crisis, according to Bank of America Merrill Lynch. The key question investors need to answer is whether this is a buying opportunity, implying that global growth would continue and help emerging markets rebound.” 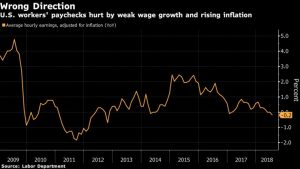 “I find the cognitive dissonance and normalcy bias regarding what has actually happened over the last ten years to be at astounding levels. As someone who views the world based upon a factual assessment of financial, economic and global data, I’m flabbergasted at the willful ignorance of the populace and the ease with which the ruling class has used their propaganda machine to convince people our current situation is normal, improving, and eternally sustainable…

“With stagnant real wages since the Wall Street created financial crisis, a critical thinking person might wonder how an economy whose GDP is 70% dependent on consumer spending could grow for the last nine years, with corporate profits at all-time highs, consumer confidence at record highs, and the stock market at record highs..

“You would think after being burned with 50% losses twice in the space of eight years, the average American would have learned their lesson. Debt kills. Consumer debt, which collapsed under an avalanche of Wall Street write-offs (paid for by you the taxpayer) in 2009/2010, has regained all-time high levels and is accelerating as we enter this final phase of blow-off top euphoria. When the next inevitable financial collapse occurs these heavily indebted suckers will be blind-sided with a baseball bat to the skull again. It seems Americans never learn.”