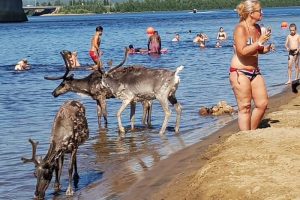 “If May is also taken into consideration, this summer was the warmest on record both nationwide and at individual weather stations in Finland, with the mean temperature being as much as 0.3ºC higher than in what is now the second warmest summer on record, the summer of 1937.

“FMI revealed that the highest temperature of 33.7ºC was recorded in Klemettilä, Vaasa, on 18 July. The reading is the second highest for at least 60 years, second only to the 37.2ºC recorded in Joensuu in 2010.

“The mercury breached the 25ºC-mark on roughly 40 days in southern parts of the country and on 20 days in Lapland. The number of such days was 10–30 higher than usual depending on the locality, with the highest number (46) being recorded in Heinola.

“FMI points out that the summer was record-breaking almost all over the Baltics and Nordics.

“In Norway, for example, the summer was the hottest and driest in the over 100-year measurement history. In Latvia, May was the warmest on record, while both June and July were similarly warmer than usual.

“There will be more and more record-breaking weather events in the future. That is why the society must prepare for a changing climate…”

“Poles took to lakes, rivers and the Baltic Sea in droves amid scorching temperatures which exceeded 35 degrees in the shade in some parts of the country this year… This summer has been the warmest in Poland since the end of the 18th century, according to private broadcaster TVN.” 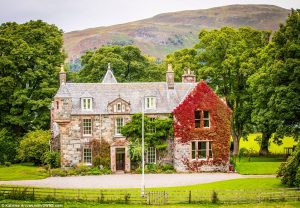 “With three weeks of astronomical summer still to go, you wouldn’t expect plants to be turning colour already. But that’s exactly what’s happening in parts of the country as glowing golden heather is showing the first tones of autumn and Virginia creepers are turning red unusually early in Scotland. Horticultural experts say many plants have become stressed by the hot and dry summer…”

“British people’s concern over climate change hit the highest level in almost a decade amid the record-breaking heatwave which swept across Britain this summer, a new poll has revealed. While many people took the opportunity to enjoy the hot weather, the unprecedented temperatures also appear to have led many to worry about what caused it. The poll by Opinium showed 60 per cent of British adults think climate change made the heatwave “stronger or more likely to happen”.” 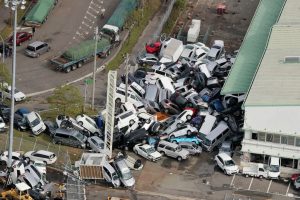 Holy fuck – these are quite extraordinary. If you click on one of these links, make it this one.

Remarkable pictures of the destruction left by typhoon Jebi:

“A new study demonstrates that the recent mass coral bleaching on the Great Barrier Reef was not restricted to shallow depths, but also affected deep reefs. Although deep reefs are often considered a refuge from thermal anomalies, the new research highlights limitations to this role and argues that both shallow and deep reefs are under threat of mass bleaching events.” 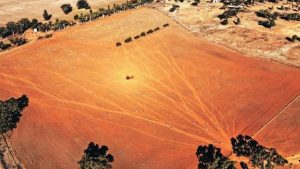 “A drought across Australia’s east coast has intensified after near record-low levels of rain across much of the region over the past five months, the country’s weather bureau said on Wednesday… The bureau last week said the east coast will continue to experience dry weather for at least the next three months, offering little relief for farmers struggling to stay in business.”

“Just days after firefighters were finally able to mop up some of California’s most disastrous wildfires in years, a new blaze was reported over the Labor Day weekend just south of Emigrant Gap in Placer County, causing major tie-ups on Interstate 80 and forcing visitors to evacuate campgrounds in the Tahoe National Forest.” 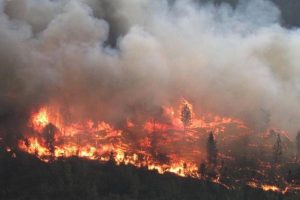 “The smell of smoke is once again noticeable in the Lower Mainland [BC], serving as a reminder of the more than 400 wildfires that continue to burn in the province. CBC meteorologist Johanna Wagstaffe says the ridge of high pressure bringing blue skies to the South Coast is also bringing air from the east, where many wildfires continue to burn.”

“If you thought we weren’t getting enough rain in Prince George [BC] during August, you were right. The drought-like conditions were felt throughout the Northern Capital. Last month turned out to be a record breaker. “For Prince George, specifically, it was the driest on record since 1943 as only 6.8 millimeters of rain fell at the airport and that’s about 13 percent of normal so it was extraordinarily dry,” said David Wray, Environment Canada Meteorologist.”

“The 2018 summer season in Regina [Saskatchewan] was warm and dry, continuing a drought that has been ongoing for 17 months… The mercury has hit 30 degrees or higher 19 times during the summer months and another three times before that in May. That brings the total to 22 times this year, which is 6 above the normal.”

“Washington’s low Tuesday morning only settled at a toasty 79 degrees, … the latest date Washington has observed a low temperature so warm.” 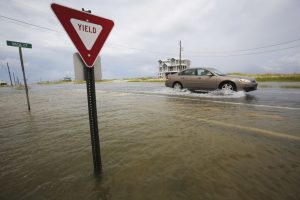 “After impacting South Florida with gusty winds and heavy rain, Gordon now has its sights set on the upper Gulf Coast after making landfall as a tropical storm on Tuesday night. Residents should expect dangerous surf and sea conditions to develop and spread westward from the Florida Gulf coast to Alabama, Mississippi, Louisiana and Texas into Wednesday.”

“The back-to-back devastation of hurricanes Harvey, Irma and Maria, followed by catastrophic wildfires in California, overwhelmed federal disaster responders in 2017, according to a government report released Tuesday. The unprecedented sequence of storms and fires forced Federal Emergency Management Agency staff to jump from one disaster to another and in some cases use uncertified workers to fill key roles.” 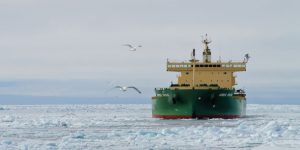 “As sea ice continues to recede in the Arctic, it provides cruise, cargo and tanker companies with new opportunities, and emboldens small vessels to venture into uncharted areas. A recent analysis suggests that the average Arctic ship route has moved more than 180 miles closer to the North Pole in the past seven years…

“There are other factors portending future disasters. There are no ports in the North American Arctic from which to stage a rescue or an oil spill cleanup.

“Icebreakers are few and far between. The U.S. Coast Guard has just one in operation. Canada has a few more, but many of them are well on their way to being decommissioned.

“Weather forecasting capabilities are poor due to the shortage of meteorological stations and the increasingly unpredictable nature of Arctic weather. Powerful summers storms such as the record-breaking summer cyclone that tore through the Arctic in 2012 are on the increase. Stable shorefast ice is letting go in unpredictable ways.”