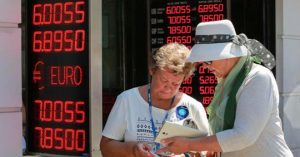 “Ten years after the worst financial panic since the 1930s, growing debt burdens in key developing economies are fueling fears of a new financial crisis that could spread far beyond the disruption sweeping Turkey.

“The loss of investor confidence in the Turkish lira, which has surrendered more than 40 per cent of its value this year, is only a preview of debt problems that could engulf countries such as Brazil, South Africa, Russia and Indonesia, some economists say.

“Total debt is a whopping $US169 trillion ($234 trillion), up from $US97 trillion on the eve of the Great Recession, according to the McKinsey Global Institute…

“While previous debt crises involved US households and, later, profligate European governments such as Greece, this time the concern centers on companies in emerging markets that borrowed heavily in dollars and euros.

“In Turkey, for example, companies and banks borrowed in recent years to finance bridges, hospitals, power plants and even a mammoth port development for cruise ships.

“Foreign investors, particularly European banks, lent freely in search of the higher returns these markets offered at a time when the US Federal Reserve and European Central Bank were keeping interest rates low.

“”We were supposed to correct a debt bubble,” said David Rosenberg, chief economist at Gluskin Sheff, a wealth-management firm. “What we did instead was create more debt…

“”We’ve depended on emerging markets to bring up global growth, some of it due to a credit boom… This is going to take a bite out of growth, which will affect the US, Europe and the entire world economy.””

“Argentine President Mauricio Macri announced steep spending cuts and new taxes on exports Monday in an effort to restore investor confidence, following a disastrous week that saw the peso lose 20% of its value against the dollar.. The Argentine government is taking drastic steps, including raising interest rates to 60%…” 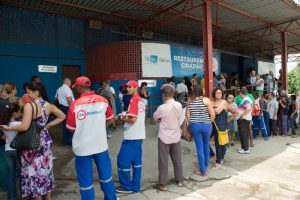 “[Brazil’s] currency is one of the weakest against the dollar this year. And its second-quarter GDP grew a paltry 0.2%. With unemployment still over 12%, economic stagnation does not bode well for a turnaround story in Brazil… Brazilians go to the polls in October. There is no clear front-runner. The leader in the polls, Jair Bolsonaro, has yet to crack his baseline 20% support level. Political risk and a lackluster economy will continue pressuring the Brazilian real and the stock market.”

“With GDP figures for the second quarter of 2018 set for release on Tuesday, there have been some whispers that another recession is on the horizon for South Africa. Another R-word – “Ramaphoria” – has completely disappeared over the last few months, as the harsh realities of liberating the South African economy has tempered all early hopes of a quick turnaround post-Zuma.”

“The Turkish financial crisis has received extensive media attention as the Lira has plunged and harsh words exchanged between Presidents Erdogan and Trump… In reality, Egypt’s debt crisis is substantially worse than Turkey’s… Egypt’s crushing debt burden is reflected by the high cost of servicing it. In 2017 interest payments absorbed some 31 percent of the budget. They are on track in 2018 to consume over 35 percent, at which time debt servicing will be eating up “almost 55 percent of all government revenues.”

“Rise in global oil prices and contagion risks from emerging markets pushed the rupee to a fresh all time low that ended 71.21 against the dollar, as compared to the previous close of 70.00 on Friday. The currency depreciated 21 paise or 30% on Monday as compared to it’s previous close. The yield on 10-year benchmark bond also closed above 8%, for the first time in almost four years.”

“What is scary about this impending new currency crisis is that it could also precipitate a debt crisis, especially in Asian and other emerging markets and particularly in the corporate sector. Dollar or other foreign currency-denominated debt becomes harder to service in terms of local currency earnings once those currencies start to slide. 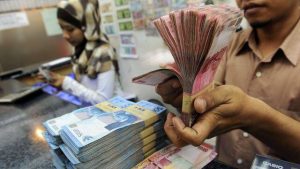 “Indonesia’s central bank is intensifying its fight to protect the nation’s currency and bonds with a slew of measures that includes more hedging tools… The rupiah has been hit by continued selling of Indonesian assets by foreign investors spurred by rising US interest rates and fears of contagion from market turmoil in Turkey and Argentina.”

“IMF Chief Economist Maurice Obstfeld warned that “the risk that current trade tensions escalate further… is the greatest near-term threat to global growth.” And the most powerful central bank in the world, the US Federal Reserve, echoed that warning almost word for word: “an escalation in international trade disputes was a potentially consequential downside risk for real activity.” …[Trump’s aggressive campaign against Beijing could enter a new phase this week, with another $200 billion in Chinese goods in the crosshairs.” 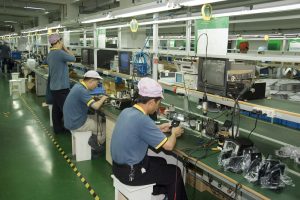 “Factories in China’s largest regional economy didn’t do well last month, raising questions about the resilience of the nation as it digs in for a prolonged trade battle with the U.S. The manufacturing purchasing managers index for the southern Guangdong province dropped to 49.3 in August, according to the local government’s Economic & Information Commission… Guangdong, boasts an economy as large as Australia’s, is a major manufacturing hub and accounts for almost a third of China’s exports. It’s also home to some of the nation’s largest corporations including Tencent Holdings Ltd and Huawei Technologies Co.”

“By the end of last year China’s share of global debt had tripled since the 2009 global recession, a period in which the country unleashed a credit boom to sustain rapid growth, according to estimates by Standard Chartered Plc… “China remains our biggest concern in terms of leverage,” Mann and his colleagues wrote.” 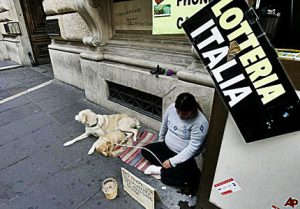 “Italy’s economy has stalled abruptly over the summer and the industrial sector is on the cusp of outright recession, threatening to drive the country’s knife-edge debt dynamics into dangerous territory. The sudden slowdown comes as mounting political alarm pushes risk spreads on 10-year Italian debt to a five-year high of 290, a sign that capital outflows are picking up again.”

“Britain’s manufacturers face a difficult autumn as the Brexit deadline looms and Donald Trump’s trade sanctions hit exports, according to figures for the sector in August. A survey of manufacturers has found that growth slowed last month to its lowest level since July 2016, dragged down by a shock fall in exports. The figures indicate that the sector, which suffered a fall in output during the first two quarters of the year, could remain in recession for the rest of 2018.”