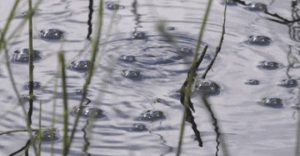 “NASA has released videos of bubbling lakes in the remote Arctic tundra, where warming continues to release greenhouse gases into the atmosphere at unprecedented rates.

“The international research team, funded by NASA as part of their Arctic-Boreal Vulnerability Experiment (ABoVE), recently published their results in Nature Communications. What they found are bubbling lakes as greenhouse gases are released from the previously frozen ground, leading to increased greenhouse gas emissions and a warming positive feedback.

“The Arctic is one of the largest natural reservoirs of organic carbon… Large releases of carbon are not decades or centuries away, they are rapidly happening today and with it, changing the landscape of the Arctic.”

“Wildfires are spanning the northern hemisphere. Local impacts have been severe; notably the loss of habitat and life, including the tragic deaths in Greece. Smoke has caused air pollution problems in nearby cities, exposing millions of people… But the smoke spreads further. Smoke from Siberian forest fires crossed the Arctic to reach North America in July . Weather models and satellite pictures showed that smoke from North American forest fires crossed the Atlantic in the high atmosphere and reached Europe in mid-August, causing purple skies in southern Ireland.” 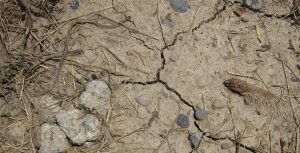 “As more than 500 forest fires burn across British Columbia., the drought conditions across the province are also worsening. On Monday, CBC reported, “Nearly one-quarter of B.C.’s regions are now at the highest drought rating, with no significant rain in the forecast.” B.C. is not alone in experiencing droughts and other extreme weather events, all of which are worsening with climate change.”

“The western United States remains a tinderbox, and wildfire conditions may worsen as September weather patterns progress. A persistent northward bulge in the jet stream allowed temperatures to soar to well above average and at times record levels in parts of the West this summer. That same weather pattern may return later in September.” 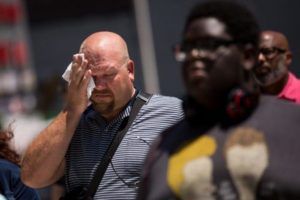 “Another day, another high-low weather record for Buffalo. For the second straight day, Buffalo recorded a record high for its low temperature, the National Weather Service announced.”

“The average sea surface temperature in the gulf [of Maine] was nearly 5 degrees Fahrenheit above the long-term average during one 10-day stretch in August, said the Andy, a marine scientist with the Gulf of Maine Research Institute in Portland Pershing, who released the work Thursday. Aug. 8 was the second warmest day in recorded history in the gulf… “We’re seeing really unusual conditions all over the planet this year. Wildfires and heatwaves. Unusual conditions. The Gulf of Maine is part of that story,” Pershing said.” 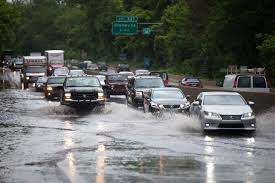 “After a record setting amount of rainfall this summer, the Pennsylvania Emergency Management Agency is asking residents to report their damage. Depending on the amount of damage reported from the rainfall, Pennsylvania can declare a state of disaster and receive federal financial assistance from the Federal Emergency Management Agency to repair the damage.”

“The next tropical storm of the 2018 Atlantic hurricane season [Florence] is developing off the west African coast, as a separate Caribbean tropical wave bears watching in the Gulf of Mexico next week. The National Hurricane Center initiated advisories on Potential Tropical Cyclone Six Thursday morning for a strong tropical disturbance that moved off the coast of west Africa.” 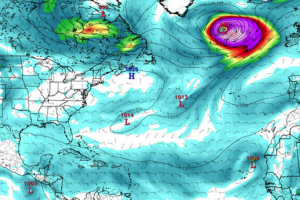 “There is talk of an Indian Summer across England… However, forecasters are now issuing warnings over a tropical cyclone brewing in America. Experts believe it could hit the UK next month – and it could be stronger than Storm Ophelia. Ophelia was the easternmost Atlantic major hurricane on record, and was widely regarded as the worst storm to affect Ireland in 50 years.”

“Extremely high temperatures, the absence of rainfall and continued sunshine dominated the summer of 2018 in Germany, the German weather service (DWD) announced at the presentation of its preliminary summer report on Thursday. This summer was the second hottest since records began in 1881, with a nationwide average temperature of 19.3 degrees Celsius. Solely in 2003 the temperatures reached even higher values with an average of 19.7 degrees Celsius.” 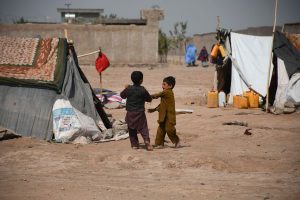 “Amid a precarious security situation in Afghanistan, the worst drought in recent history, that hit two out of three provinces in Afghanistan in July, has destabilized the lives of tens of thousands of civilians, some of whom have already been displaced. The United Nations has predicted that over two million people are expected to become severely food insecure in the coming period.” 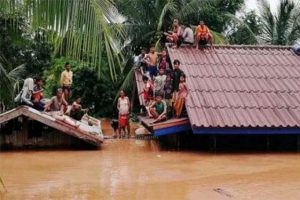 “Rescuers in boats negotiated muddy waters on Thursday to reach thousands stranded in central Myanmar after a dam overflowed, sending a torrent of water across farmland and villages.. more than 63,000 people in Bago region were affected after the Swar Chaung dam overflowed early Wednesday morning.” 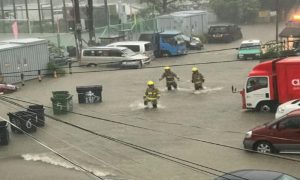 “Torrential rain has been lashing Hong Kong over the past few days. The downpours have been so severe that the Hong Kong Observatory issued amber or red warnings on four consecutive days, something that hasn’t happened since 2002. Shek Kong in the north of the territory was the worst affected, being hit by over 300 millimetres of rain. Streets were submerged as the flood water rose.”

“Jebi has become the third super typhoon of the northwest Pacific’s tropical cyclone season. And it appears as if central Japan, already assailed by Typhoons Prapiroon and Cimaron, just can’t buy a break. Joint Typhoon Warning Center’s latest forecast track takes Jebi over pretty much the same area that Cimaron did last week – right over the Kii Peninsula just south of Osaka, Kyoto and Kobe, right around mid-day next Tuesday.”

“Many [Australian] farmers have traditionally been sceptical about climate change… Farmers see the climate is changing before their eyes. Our summers are getting hotter and cooking our pastures,” said Brent Finlay, a former National Farmers’ Federation president, who owns a farm in south-east Queensland. “I think this drought is changing farmers’ minds about climate change.”” 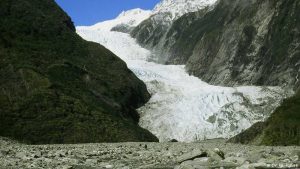 “…with [New Zealand’s] Franz Josef Glacier, the long-term trend has been retreat… the glacier retreated 1.4 kilometers over the last decade. That has scientists worried. “That’s a big retreat and it’s happened really fast,” Brian Anderson, a glaciologist at Victoria University in Wellington, told DW.”

“The prime minister of Samoa has called climate change an “existential threat … for all our Pacific family” and said that any world leader who denied climate change’s existence should be taken to a mental hospital. In a searing speech delivered on Thursday night during a visit to Sydney, Tuilaepa Sailele berated leaders who fail to take climate change seriously…” 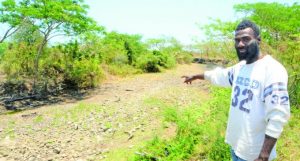 “Fiji’s Meteorological Office announced on Thursday a meteorological drought for Fiji after some parts of western and northern Fiji have been without rain for 10 weeks.” 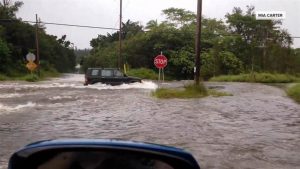 “Hurricane Lane left its mark in Hawaii without ever making landfall. The hurricane now holds the notorious distinction of producing the second-highest rainfall total ever measured in a tropical cyclone in the United States. A rain gauge on Hawaii’s Big Island measured 52.02” of rain during Hurricane Lane, cementing the hurricane’s status in the record books.” 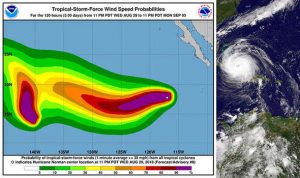 “Hurricane Norman strengthened into a “major” hurricane on Thursday and as it swirls fiercely in the Pacific Ocean, it puts the Hawaiian Islands on alert once again.”

“The Earth’s forests, deserts, landscapes and vital ecosystems risk a “major transformation” in the next century due to climate change, international scientists warned on Thursday…

““If we allow climate change to go unchecked, the vegetation of this planet is going to look completely different than it does today, and that means a huge risk to the diversity of the planet,” said co-author Jonathan Overpeck, dean of the School for Environment and Sustainability at the University of Michigan.”