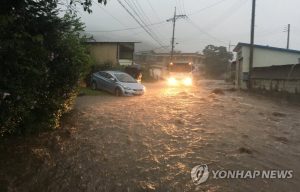 “Heavy downpours flooded homes, roads and farmland in central and southern South Korea on Tuesday, adding to the woes of regions already battered by a typhoon last week.

“Up to 455 millimeters of rain fell in South Jeolla Province in the country’s southwest between Monday and Tuesday, with more than 70 mm falling per hour at some points in some areas, according to the state weather agency.

“The downpours came after Typhoon Soulik pummeled the regions last week. Local government officials said that the typhoon and torrential rains caused a total of at least 9 billion won (US$8 million) in property damage in South Jeolla Province alone.” 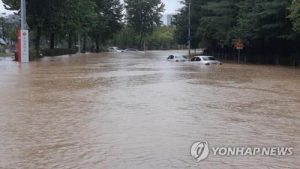 “Typhoons and stalled fronts in Japan and on the Korean Peninsula this summer have brought unprecedented rainfall and flooding from Gifu prefecture down to Hiroshima… Japan’s meteorological agency has issued warnings of heavy rain that could lead to landslides and floods in Niigata and Ishikawa prefectures on Japan’s biggest island of Honshu… Tropical Storm Jebi, meanwhile, may hit the region in early September.”

“You aren’t imagining it — Perth is experiencing an exceptionally wet month, recording its highest August rainfall in more than five decades… “We were experiencing one of the driest autumns on record, but then we started to see the fronts arriving and they continued to arrive, almost really from the 1st of June.”” 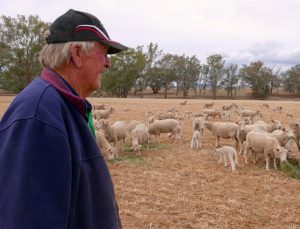 “A multimillion dollar desalination plant built to address water shortages in Sydney a decade ago may not be fully operational until next August. As drought continues to grip New South Wales, Sydney’s dam levels are falling at such a rapid rate that the city’s only desalination plant could be needed for the first time since 2012.”

“Thought it was unusually chilly in Wollongong on Wednesday morning? Well, you’d be right – the city has just shivered through its iciest August night on record. The mercury dipped to just 5.3 degrees in Bellambi at 5.23am on Wednesday – delivering the coastal suburb [of Sydney, NSW] its coldest August minimum in about 20 years of records.” 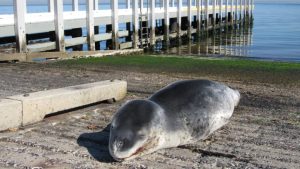 “Leopard seals, normally found in Antarctica, are rarely spotted in Australia, but experts say sightings of the dangerous predator are becoming more common, particularly in Tasmania… It is has been unusually cold in Melbourne in recent days, with the city waking to the coldest morning this late in winter for more than 60 years.” 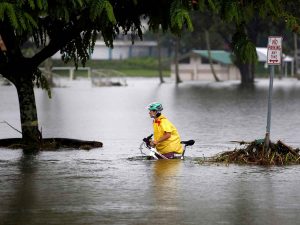 “Flash flood warnings were issued on Tuesday for the Hawaiian island of Kauai, with residents on the north coast told to evacuate and others left stranded by high water as the remnants of Hurricane Lane drenched the archipelago and a new storm brewed in the Pacific Ocean… Even as Hawaii residents sought to recover from Lane, they kept a watchful eye on Tropical Storm Miriam, spinning in the Pacific Ocean some 2,000 miles to the east and expected to become a hurricane by the time it approaches the islands.” 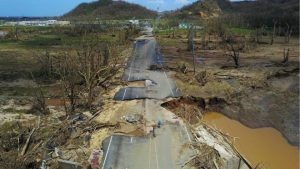 “Officials in Puerto Rico now say 2,975 people died following Hurricane Maria – a devastating storm that struck the US island territory in September 2017. The revised death toll is nearly 50 times the previous estimate of 64. Governor Ricardo Rossello “accepted” the findings in a long-awaited independent investigation. The mayor of the capital, San Juan, accused the US government of deliberately downplaying the impact of the storm.”

“It’s been a punishing summer in California. But it’s worse for those who live in the most polluted areas, and as a result are already at heightened risk for respiratory diseases like asthma and chronic obstructive pulmonary disease (COPD). By exacerbating this summer’s heat waves and wildfires, climate change is stacking health burdens on communities already breathing bad air.” 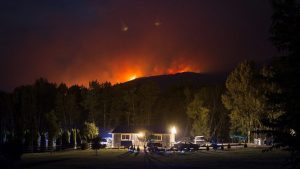 “For decades, scientists have predicted that B.C. would experience longer, more intense wildfire seasons as the climate warms. But the destruction of the last two years is still a bit surprising. According to Chilliwack fire ecologist Robert Gray, the scale of the wildfire emergencies we’ve lived through in 2017 and 2018 wasn’t expected for decades.” 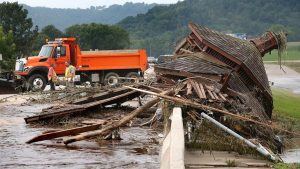 “Rain-weary parts of Wisconsin were hammered once again by heavy rain Monday night into Tuesday, triggering flash floods that washed out roads, triggered mudslides and prompted evacuations. The line of severe thunderstorms raced across southern Wisconsin into Tuesday evening, enhancing already high water in southeastern Wisconsin… Along the western border of Wisconsin, the hardest hit were parts of Houston County, Minnesota, stretching into southern La Crosse, Vernon and Monroe counties in western Wisconsin, where reports of 4 to 10 inches of rain were received.”

“Above average temperatures are set to continue in most of Europe during the September to November period, forecasts by The Weather Company showed on Tuesday… “We’ve just experienced the warmest May-July period (ever) in many parts of northern and western Europe, including the UK,” said Todd Crawford, chief meteorologist at The Weather Company.” 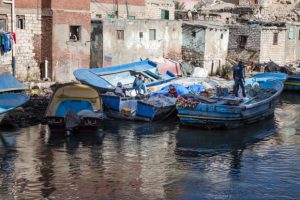 “Alexandria [Egypt] is a city on the frontline of climate change. According to United Nations figures, even a 50cm sea-level rise will destroy its beaches entirely, while “the Alexandria lowlands – on which the city of Alexandria originally developed – are vulnerable to inundation, waterlogging, increased flooding and salinisation under accelerated sea-level rise”.” 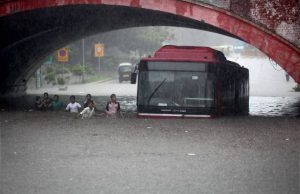