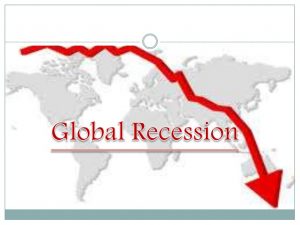 The risk of global recession is rising as Trump’s trade war gathers steam and the Federal Reserve looks to continue tightening. The looming possibility of higher oil prices poses an additional threat.

“A slew of global developments are convening to threaten economic growth, according to one investment manager, who believes that the risks of a recession next year have now “significantly increased.”

“Global growth stood at 3.8 percent in 2017 and it is set to add another 3.9 percent this year and the next, according to forecasts by the International Monetary Fund [largely pseudo-growth based on unsustainable credit-expansion]. But, the escalation of trade tensions, coupled with other factors, could reverse this trend, Beat Wittmann, a partner at financial consultancy Porta Advisors, told CNBC’s “Squawk Box Europe.”

““I think the risk of a global recession in 2019 has significantly increased,” he said.

““We have normalization of monetary conditions, that’s one thing, so we are in a late stage environment. Then we have this escalation in tariffs and trade … We have things like Brexit. All of these things lead to losses of investment confidence and I mean real economic investment confidence,” Wiitman warned.

“”Central banks have started ending to their crisis-era accommodative policies, with the U.S. Federal Reserve, in particular, increasing interest rates — which are set to translate into higher mortgage payouts and less available income for consumers.

“At the same time, the U.S. has imposed new tariffs against global trade partners and these nations have retaliated…

“…he warned that it is becoming increasingly difficult to invest in those stocks that are not sensitive to global growth fluctuations, the so-called defensive stocks.

“Before long Mr Trump’s trade wars could easily surge through the trillion-dollar mark. That is likely to be economically consequential for both the US and the world.”

“China’s purchasing managers’ index (PMI) readings for last month, released last Saturday, showed a gauge of export orders tumbling into contraction, the clearest sign yet that the oncoming trade war is having a real, negative impact on growth.”

“Fears of a repeat in the renminbi’s falls in August 2015 and January 2016 are gnawing away at the market psyche, as analysts scramble to explain the current depreciation of China’s currency. One explanation behind the slide is reawakening a source of market anxiety about China: that Beijing may be deliberately allowing the renminbi to fall as a tool in its trade dispute with the US.”

“Beijing has signalled a softer stance in its campaign to cut debt from the economy, removing a key statement of intent from a monetary policy document. The move to downplay its deleveraging ambitions appears to be a reaction to slowing economic growth, an increase in credit defaults, and the devaluation of the yuan amid rising tensions over trade with the US in the past month.”

“China is zooming to a record year of corporate-bond defaults, with the 2018 total already more than three-quarters of the previous high even before an expected economic slowdown bites… Strains are set to get worse if the trends of credit-rating companies are anything to go by — agencies including Dagong Global Rating Co. have been downgrading firms by an unprecedented margin.”

“If defaults on Chinese corporate bonds continue (see graph above) a “stampede for the exit could begin”, Mr Wood said. “And then we are one step closer to a Minsky moment.” Australia is facing the prospect of its own Minsky moment when it comes to household debt (which is sitting at 120 per cent), where Spectrum rates the warning light flashing ‘green to amber’.”

“The [South African] rand was weaker against major global currencies on Monday afternoon, with both global events and local news providing few reasons to cheer.”

“Turkey’s consumer price index climbed 15.4 percent in June from the same month in 2017 on an annual basis, up from 12.2 percent in May, which was higher than estimates, official data has shown.”

“The Iranian central bank’s efforts to stem the rial’s decline and stamp out the currency black market have backfired, undercutting President Hassan Rouhani’s case that he can parry the U.S. war on the Iranian economy. Rather than choking off the illegal transactions, the introduction of a fixed exchange rate in April has encouraged some traders to profiteer by charging higher black market prices for goods they imported with dollars…”

“On July 3, 2008, the ECB hiked borrowing costs to combat inflation that was running more than twice as high as its target. By October, it was hitting reverse as prices slumped and economic growth evaporated amid the worst economic emergency since the Great Depression. President Mario Draghi was on the ECB’s decision-making Governing Council as Bank of Italy chief at the time, and in 2011 when borrowing costs were hiked just before Europe’s debt crisis. Perhaps informed by those experiences, he’s now ruling out raising rates until after the summer of 2019.” [sensible IMO!]

““[Federal Reserve Bank] Chairman Powell is bullish on the [US] economy, but we’re concerned he’s overly bullish on the pace of rate hikes,” said George Rusnak, co-head of global fixed-income strategy at Wells Fargo. He worries that a newly aggressive Fed could hasten a downturn in the currently strong economy. “The market doesn’t think the future growth and inflation are there.””

“A power struggle in Libya has removed 850,000 barrels form the supply chain and “all but wipes out” the planned production increase that was hammered out recently from OPEC and non-OPEC members, said Stephen Innes, senior trader with OANDA.”