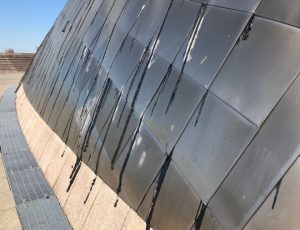 “Meteorologists have confirmed that Glasgow has had its warmest ever day as the temperature in the city topped 31.9C.”

“The latest developments followed what was the hottest day of the year yesterday, with temperatures soaring to 89.6F (32C) at Shannon Airport – the highest temperature since 1976.”

“It’s bone dry this month as well as hot. Hardly a drop of rain has fallen in many parts of the [UK] over the past few weeks, and with little sign of any rain soon this is going to be one of the driest Junes on record.”

“After an unusually cold and snowy winter, Norway is now in a heat wave that has been there since the beginning of May. There has been too little rain, and many farmers are now at risk of losing their crops. It was also announced last week that there is a lack of CO2 to clean the drinking water.”

“A man was killed when a wall collapsed due to the record downpour in Mathura [UP, India], officials said today. Owing to the record 98 mm rain received in the last 24 hours, the low-lying areas of the city were inundated.”

“Continuous heavy rainfall swept most parts of China this week, affecting thousands of people and causing heavy economic losses, according to the Ministry of Water Resources.”

“Changes in temperature and rainfall will impact almost half of South Asia in the coming decades, reducing economic growth in one of the world’s poorest regions, the World Bank said.”

“Thousands of Christians all across [Australia] will be praying for drought-breaking rains this Sunday, July 1, in response to a call by civic leaders in Queensland.”

“What a scorcher in Colorado on Thursday. Denver officially hit 105 degrees, tying the all-time record high in Denver. This also broke the daily record high of 99 degrees from 1986.”

“At least a dozen wildfires were raging on Friday in drought-stricken portions of Colorado where hundreds of residents have been evacuated as a wave of prime wildfire weather conditions move through the U.S. West.”

“Severe thunderstorms tore from the mid-Mississippi Valley to the Gulf Coast on Thursday, leaving an extensive trail of damage in their path. The storms were fueled by the intense heat and humidity that continues to build across the eastern half of the country.”

“Americans prepare to celebrate the Fourth of July, those in the Northeast should take steps to protect themselves from the heatwave that’s predicted to bring record temperatures this weekend.”