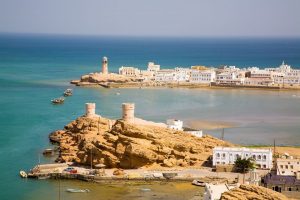 “A city in Oman just posted the world’s hottest low temperature ever recorded: 109 degrees. Over a period of 24 hours, the temperature in the coastal city of Quriyat, Oman, never dropped below 108.7 degrees (42.6 Celsius) Tuesday, most likely the highest minimum temperature ever observed on Earth.”

“Five people are dead after a plane crashed into a suburb of Mumbai, India, amid monsoonal rain on Thursday afternoon.”

“Up to fourteen people including a two-year-old child have been killed in the landslides in the Kachin State’s Hpakant jade mine area [Myanmar].

““After 10 days of raining, the three mountain peaks surrounding the valley suddenly fell down in the blink of an eye,” says Lo Van Sanh, 42, as he is looking for his wife and daughter.” [Vietnam]

“Torrential overnight rain in Gifu Prefecture, central Japan, washed away an embankment, temporarily leaving about 80 people stranded… Rainfall of 52 millimeters was recorded in one hour between 3 and 4 AM Thursday in Hagiwara, Gero City.”

“Farmers who know what it’s like to battle drought, fire and floods are loading 400 emergency bales of hay on to 30 semi-trailers to help struggling graziers more than 1,300km away. Feed stock prices have doubled as drought conditions worsen in parts of eastern Australia.”

“Persistent drought in the remote northwestern Chinese region of Inner Mongolia has caused a rat plague now affecting more than 4 million hectares of grassland, an area the size of the Netherlands, the official Xinhua news agency said.”

“Even if Arizona sees an exceptionally heavy monsoon season this summer, that will not end the long-term drought in the state, one expert said.”

“An out-of-control wildfire burning southeast of Hinton, Alberta had swollen to an estimated 700 hectares in size by Wednesday night and officials said 25 firefighters were working along with heavy equipment to battle the blaze.”

“This week is set to be hottest on record but on March 18 – just 15 or so weeks ago – schools [in Wales] were closed, roads were shut and communities were forced to pull together to help emergency services get on with their job.”

“Water companies… called for Brits to limit their showers to just four minutes in a bid to safeguard supplies, as the Met Office claimed it was ‘touch and go’ whether or not this month could be the driest June on record.”

“Fire chiefs gave warning this morning that a huge moorland blaze near Manchester could last for weeks unless the area is drenched by torrential rain.”

“The Athens-Corinth national highway was closed off for about two hours at the 29th klm and western Attica flooded, after thunderstorms hit several parts of Greece on Wednesday.”

“The current rate that we’re clearing the Amazon and other tropical forests in Southeast Asia and Central and West Africa is putting us on a course for rapid, irreversible, and catastrophic climate change, with an intensifying cycle of extreme droughts, more heat, and more forest fires. All told, deforestation accounts for an estimated 15 percent of total greenhouse gas emissions.”