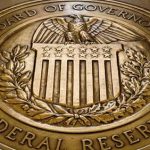 We tried to borrow our way out of a debt crisis.

“Debt and plenty of it was the legacy of the global financial crisis. Over the past decade of ultra low and negative interest rates, companies have more than doubled their outstanding amount of bonds and loans.

“Now, as central banks led by the US Federal Reserve retreat from the era of easy money that helped fuel huge corporate debt sales in the past decade, the bill for the debt binge looms large.

“The global value of corporate bonds outstanding has risen 2.7 times since 2007 to $11.7tn, doubling as a share of gross domestic product alongside a deterioration in credit ratings, noted McKinsey & Co.

““The average quality of blue-chip borrowers has declined, growth in speculative-grade corporate bonds has been particularly strong and bond issuance by companies in China and other developing countries — often denominated in foreign currency — has soared,” said the consultancy.

“After a sustained period of strong performance, credit is looking ragged since investor optimism peaked in late January…

“They have good reason for concern as a hefty refinancing wave looms with companies looking to roll over their funding needs and at higher interest rates. McKinsey said: “If current issuance trends continue, then as much as $10tn of bonds will come due over the next five years,” with $3tn via the US, $1.7tn from China and $1.7tn from Western European companies.

“For European credit, another headwind beckons as the European Central Bank prepares to end its purchases of government and corporate bonds this year…”

“When the next recession hits, central banks in the US, Japan and Europe simply won’t have the tools to fight it. Nicholas Spiro says the global economy is looking shaky amid escalating trade tensions, but the worse news is that the monetary policies already in place to stimulate demand and the explosion in public indebtedness will severely limit policy actions to fight a downturn.”

“A developing trade war between the world’s biggest economies is weighing on business confidence and could force central banks to downgrade their outlook, the world’s most powerful policymakers argued on Wednesday.”

“…the ongoing rhetoric between Beijing and the Trump teams has left little hope for a quick solution.”

“In recent weeks, concerns have been mounting that growth in the world’s second-biggest economy is cooling faster than previously expected. Weaker Chinese growth will have repercussions for big trading partners, such as the United States and Europe, and for global companies who do business there. Now, an intensifying clash with the United States is adding to the difficulties.”

“Just when it looked like things couldn’t get much worse for emerging markets, along comes a trade war. And it’s hitting emerging-market commodity suppliers and China-exporter nations especially hard.”

“Today… [India’s] power sector is at the heart of a wave of corporate defaults that threatens to cripple the country’s financial sector.”

“One of the world’s biggest ratings agencies has questioned the NSW [Australia] government’s finances, as new analysis reveals the nationwide ­infrastructure boom is pushing combined federal and state government debts towards the $1 trillion mark for the first time.”

“ATTOM Data Solutions, curator of the nation’s premier property database, today released its Q2 2018 U.S. Home Affordability Report, which shows that the U.S. home prices in the first quarter were at the least affordable level since Q3 2008.”

“British workers remained worse off last year than before the financial crisis and there is little hope of a decent pickup in living standards, according to a think tank. Real median employee earnings in 2016-17 were as much as 3 percent below their 2007-08 level, the Institute for Fiscal Studies said in a report Wednesday. While workers are making less, pension and savings income has increased, leaving total household income 5.6 percent higher than in 2008.”

“Venezuela on Wednesday tripled its minimum wage to 3 million bolivars per month, equivalent to just $1.14 (86p) at the black market exchange rate, as the crisis-ridden OPEC nation struggles under hyperinflation.”

“Iran has faced considerable inflation as the price of some items such as cars and gold coins have increased more than 20 percent in the past few weeks. The prices of some new cars increased from around $16,000 to over $23,500 USD during the last two weeks.”