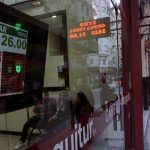 “Over the past few weeks, half a dozen countries around the world have seen their currencies collapse in the worst sell-off in more than 5 years.

“The big picture: Since the global financial crisis in 2008, many “emerging markets” (countries in the middle of the global pack in per capita GDP) saw huge growth because of a few important things: the European and U.S. central banks were practically giving away free money, which many investors threw into fast-growing (riskier) economies; global trade was humming along, helping lower-wage countries that export manufactured goods; and oil prices were generally low, a problem for petro-states but a good deal for most other countries which import the stuff. Now, all of those things are changing.

“The US is raising interest rates, which means investors are pulling money out of emerging markets; trade wars loom, making people uncertain about what they can export, to whom, and at what price; and oil prices are on the rise. All of this is creating trouble for emerging markets whose social and political vulnerabilities have been papered over by favorable external winds.”

“For the rand, Ramaphoria is over. The currency slumped as much as 2% against the dollar on Tuesday to its weakest level in more than six months — when Jacob Zuma was still president. It has unwound all the gains it made after Cyril Ramaphosa took over as ANC leader in December.”

“The Brazilian central bank is likely to hold interest rates at an all-time low on Wednesday despite a currency sell-off, though it may take a more hawkish tone in its policy statement.”

“Emerging markets are struggling to keep pace with rising global interest rates and heightened trade tensions, which are creating more uncertainty in the world, Indonesian Finance Minister Sri Mulyani Indrawati said… “That can create an environment for the global economy to have a downside risk.””

“…while [Indonesia] boasts some of the last great swaths of tropical rainforest anywhere in the world, it has also been razing them at rates exceeding the deforestation of the Brazilian Amazon. Similarly, Indonesia has some of the richest marine fishing areas of any country, yet trails only China in the amount of plastic waste that it dumps into the ocean. And though it spans an area a fifth of the United States, much of its economic activity and more than half its population is concentrated in a single island the size of North Carolina.”

“Capital Economics on June 18 revised its Turkey forecasts, noting that the sharp slowdown expected in the country now seems to be materialising.”

“”The crisis hit the area [the suburbs of Piraeus, Greece] so hard that no one throws out food any more,” he tells Al Jazeera. “That’s why you don’t even see people digging in dumpsters here.””

[Italy’s] size, along with the political havoc created by the recent formation of a populist-led government, have added to the risk, Lloyd Blankfein, CEO of Goldman Sachs, said Tuesday in an interview at the Economic Club of New York. In their first two weeks in power, Italy’s new leaders sparked a dispute with France over immigration and threatened to scupper a landmark European Union trade pact with Canada.”

“The trade dispute between the US and China escalated on Tuesday, with a senior Trump official accusing China of “theft” and Beijing accusing the US of blackmail. The news roiled global stock markets as investors feared that escalating tensions could trigger an international trade war.”

“[China] could stop honoring US intellectual property rights. “This would be hugely costly to US corporations, especially if they began to export items, like prescription drugs, to the rest of the world,” writes Baker. “This would likely violate WTO rules, but I suspect China will care about violating WTO rules as much as Trump does.” That is, not much.”

“…even with many central banks now on the path to more normal policy settings, [Larry] Summers said interest rates are unlikely to return to historically normal levels before the next recession. That means they’ll be unable to respond with the level of force necessary to effectively address the slump.”

“Big banks are skirting the rules on the sale of the complex financial instruments that helped bring about the 2008 financial crisis, by exploiting a loophole in federal banking regulations, a new report says. The loophole could leave Wall Street exposed to big losses, potentially requiring taxpayers to once again bail out the biggest banks.”