“Temperatures in Europe’s far north are breaking records, prompting Scandinavians to take dips in fjords well ahead of the official start of summer next month.

“In Denmark, May has already broken records for sunshine, with 348 hours recorded by Wednesday — expected to reach 360 on Thursday. The previous high was 347…

“In Poland and northern Germany, an unusually hot May has been reported with farmers complaining of damage caused by dry weather to crops such as rapeseed oil.” 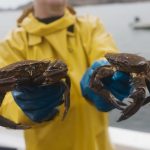 …the crunch of crab shells and waft of mussels being cooked in wine and garlic butter is under threat around Scotland’s coast after two separate periods of severe weather left shellfish in short supply.”

“A toxic cocktail of hail, torrential rain and 48 hours of thunder and lightning could cause a ‘danger to life’ in Britain from fast flowing or deep floodwater, forecasters warned today.”

“Champagne has become the latest French wine growing region to feel the wrath of the heavens after freakishly violent hail storms wiped out the equivalent of eight million bottles of grapes and roughly €125 million (£110m) of fizz.”

“Germany has been slammed in recent days by thunderstorms that have caused travel disruptions and flash flooding, and more powerful storms are on the way.”

“Worsening drought is depleting traditional grazing areas, forcing pastoralists from Mauritania — a country already nearly three-quarters desert or semi-desert — to travel ever longer distances into neighbouring Mali and Senegal in search of fodder and water. This is causing conflict with farmers along the way.”

“These are the shocking results of the massive cyclone which hit the Arabian Peninsula this week, dumping three years’ worth of rainfall in a city in Oman and flooding the desert.” 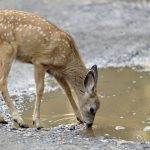 “Wildlife habitats in Iran are clearly under threat, especially in the central regions, as they suffer from worst drought spells in decades.”

“There seems to be no immediate respite from the prevailing heat wave conditions for the residents of western Rajasthan and Madhya Pradesh.”

“At 46 degrees Celsius, Karachi on Wednesday suffered the hottest day in May since 1981, when the mercury had soared to as high a temperature.”

“Hundreds of families [Nepal] have been left without roofs over their heads, Thakulla said, adding that the municipality will convene an emergency meeting to provide relief to the families affected by the storm.”

“At least five people were killed and 1,400 houses destroyed as a strong cyclonic storm swept across Myanmar over the last two days.”

“The “Very Hot Weather Warning” issued by the Hong Kong Observatory has been in force for 13 consecutive days as of Wednesday, refreshing the “longest-lasting warning” record in the history of this warning.”

“Middlemarch [NZ] only reached a maximum temperature of 0.2°C, setting a new May record for coldest max temperature (the old record was 2.0°C, set in 2006).”

“With less than two days left in the month, statistics suggest May 2018 is on pace to be the driest on record.”

Seattle is having its warmest May on record.

“The severe weather risk continues across the eastern Prairies after reports of significant hail in Saskatchewan Wednesday. Meanwhile, SNOWFALL warnings were issued for parts of Alberta on Wednesday, which is contributing to the rising Bow River west of Calgary.” 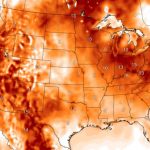 “Rather than a nice prolonged spring—which is objectively the best season—the U.S. has jumped right into summer. From coast-to-coast, May has been extremely hot. With what National Weather Service program manager Victor Murphy dubbed “blast furnace temps” across the Lower 48, it’ll likely go down as the hottest May on record for the country.”

“The early start to hurricane season continues with what could be the first landfalling tropical cyclone to make it to Lake Michigan on record.”

“Across the country, recent reports have found that methane leaks from oil and gas infrastructure are under-reported.”